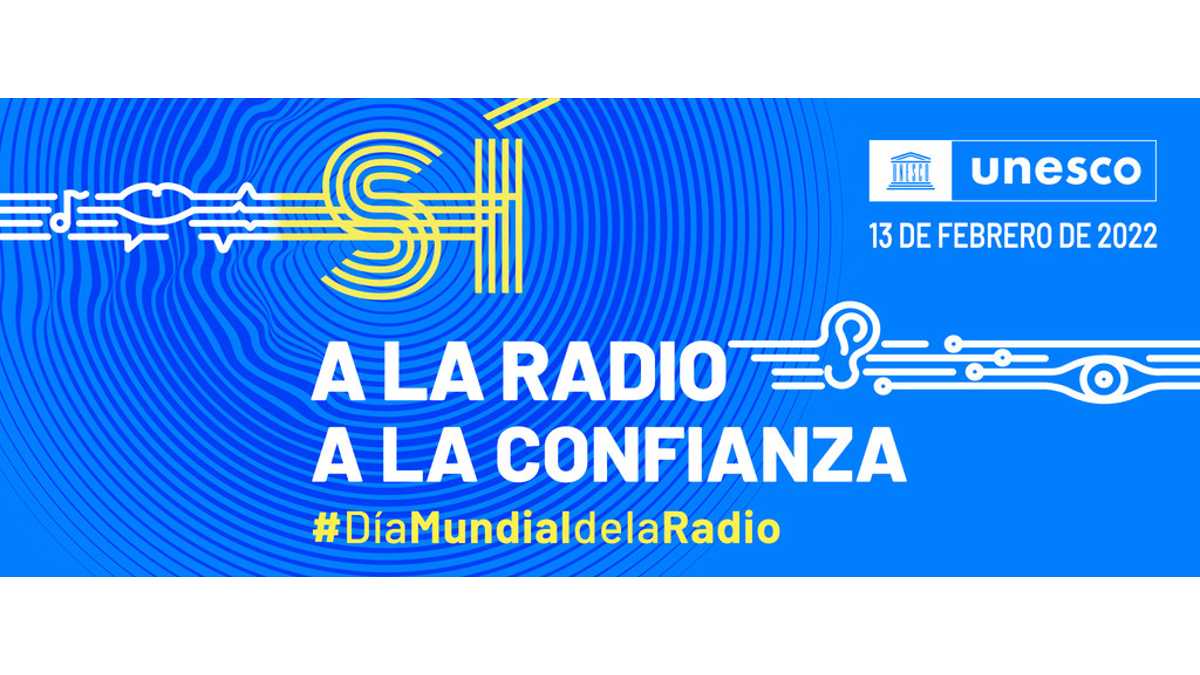 Latin America. Radio remains one of the most reliable and widely used means of communication in the world, according to different international reports. Therefore, the theme of the 2022 edition of World Radio Day is dedicated to "Radio and Trust".

The need to rely on information is more evident than ever in the context of the COVID-19 pandemic that has affected the world for more than two years now. And it is this urgency of veracity that gives radio a preponderant role in the fight against the emergency in the face of the avalanche of false content that circulates uncontrollably on the Internet and social networks.

Mirta Lourenço is also the coordinator of the activities of World Radio Day, a day held every February 13 to commemorate the founding of United Nations Radio in 1946.

The internet does not have a presence all over the world, radio does
In a world like today, where there are so many communication options with social networks and other media that technology puts us at our fingertips. What's the difference between radio and those other mediums?

"From developed countries we have the idea that everything happens on the internet and it is true in some way because the growth of the digital world has been exponential and increases year after year. Some 4 billion people are connected, but there are almost another 4000 who are not. We get the impression that everyone is riding in the digital world, but the truth is that in developed countries only about 50% of people use the internet. That varies depending on whether they live in an urban or rural area," says Lourenço.

The case of Colombia is an example of these statements, as expressed by Jaime Andrés Monsalve, head of Cultural and Musical Content of Radio Nacional de Colombia.

"Colombia has been a radial country throughout history due, among other reasons, to its very steep geography. It is the only means that could be in every home at a certain time and always portable. The reach of the internet in Colombia is still incipient. There is a democratization in the networks but not yet in the coverage of the internet and as long as that does not happen, radio will continue to be that pioneer in the region," he says.

"It is an invasive wave that sometimes makes a WhatsApp chain more credible than what the media duly aware, which filter and confront sources. Sometimes these media are not believed as much as the immediate and immediate false, "he points out.

He notes that his informality and lack of journalistic rigor does not counteract the tendency of the public to believe everything that is published in the networks.

The head of Content attributes in part this lack of trust "to the ease with which false information can be reached to an entire community", often coming from sources with their own or created interests.

Jaime Andrés explains that, despite the role that radio has had since its emergence in Colombia, in the cities people ended up trusting social networks more than in other media because they considered that there were biases, "which there are," he acknowledges.

Always present
Since its first transmissions in the early twentieth century, radio has evolved along with the world always maintaining a vocation to serve and inform its audiences and has managed to reach all corners of the planet in part, thanks to its ubiquity.

"The radio only needs a microphone and it's there covering the bomb that just exploded, the flooding of some area, the results of the football match of the local stadium. Radio does not need an entire team of people with a camera to report what is happening and can give information in different languages more easily than any other medium, with less costs. It's ubiquitous, it's everywhere for the listener and to react quickly in emergency situations or breaking news. He earns the trust of the people and has the ability to represent minorities, the different languages, to be a spokesperson for cultural diversity," says Mirta Lourenço.

In addition, today it uses the different devices, formats and technological innovations to continue informing and entertaining its audience. Podcasts and multimedia websites are an example.

UNESCO set up a portal to bring together global activities on the celebration of the 11th World Radio Day. To visit it, click here.

No thoughts on “Radio and trust, motto of Radio Day 2022”