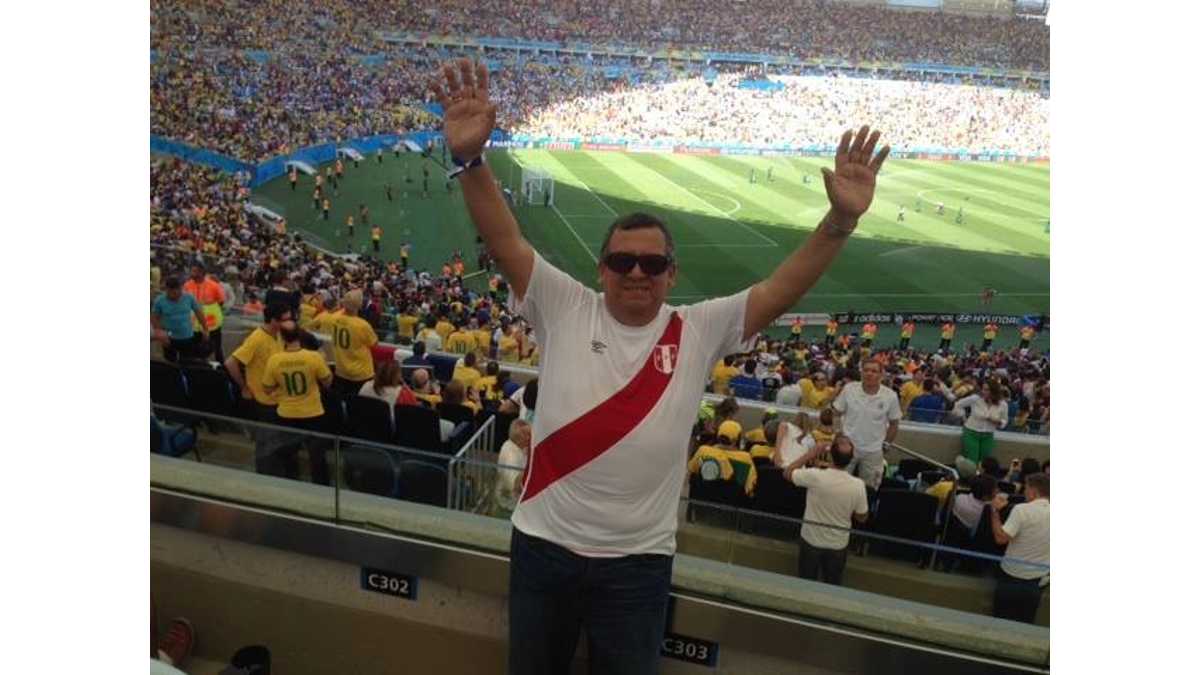 Carlos Anciburo is one of the founding engineers of the company Telvicom, the most important integrators of broadcast and audiovisual technology in Peru.

Carlos Anciburo has been in the broadcast industry for more than 38 years, in which he participated in important companies in the sector before partnering with colleagues to found his own company. He spoke to TVyVideo+Radio to tell the details and remember his experiences in this long career.

He studied at the Universidad Nacional Mayor de San Marcos, obtaining the title of Electronic Engineer. In addition, he has a postgraduate degree in Administration and Marketing at the Center for Management Studies of the Universidad del Pacífico.

"My entry into the world of television was in an unthinkable way. I had been working for several years in companies marketing electrical and electronic equipment and it was in 1982 that my great friend, José Alvarado told me that there was a job opportunity in the company Carsa Profesional S.A., which in those years was the main company in the field of professional audio and video and had a strong presence in the broadcast market. The idea quickly seduced me because I always liked challenges and challenges, and this was a new world for me regarding the technology, the industry, the products and the markets they were targeting. After some interviews, I joined the aforementioned company as a sales engineer, to later have the position of commercial manager, "he recalled.

Owner of extensive commercial experience in this area, he was hired by Teknos Comunicaciones, a company with Chilean capital where he worked as Manager of the Broadcast Area. However, since a long time ago he was always thinking about the idea of being an entrepreneur, of forming a new company dedicated to the television industry in which he was already immersed and felt very comfortable.

"So with a group of fellow electronic engineers and after many long nights of coffee talks, we made the decision to form a company in the field of professional video and audio. We took the big leap and together with my dear partners, the engineers Julio Villar and Antonio Sheen we agreed to create Telvicom S.A., a company in which we are currently working and by the way on December 18 of this year we will be celebrating 23 years leading the Peruvian broadcast market, "he said.

Challenges and pandemic
With 23 years in the market and being one of the leading companies in their country, Telvicom had to adapt quickly when the pandemic arrived at the beginning of 2020, to continue operating remotely and providing service to its customers.

In this regard, the engineer Anciburo commented that "We had to face the challenge of reorganizing quickly doing telework from our homes, because we were very clear that our commitment was to continue providing advice, technical solutions, support and service to our customers and all remotely. We managed to adapt to this modality and do a good job and that better proof that the fiscal year 2020 we obtained the Shogun, which is the most important award granted by Sony among all its representatives in Latin America".

Normally their daily work begins early in the morning, usually reviewing the tasks or topics they have pending and answering emails in order of priority. They usually hold daily or inter-daily meetings to review the projects in development and the most important opportunities they are working on. It is in these meetings that they contrast the ideas and in many cases solve problems inherent in the daily work, taking the most appropriate solutions and decisions, always thinking that they are the best for their clients.

And although the departure time is very variable because it depends a lot on the progress of the work that is pending, almost always the day exceeds 10 hours a day. He assured that in these times of pandemic the work schedules have become very flexible.

Carlos Anciburo stressed that the challenges they have in the field of technology are permanent. "If we take into consideration that Telvicom's slogan is "We integrate Technology with Innovation" we can deduce that it is almost an obligation to be up-to-date with technological advances in the industry. For this purpose we have a team of engineers who work in the Projects Area and whose objective is always to stay on the crest of the wave of technology, either by attending the most important fairs such as NAB, InfoComm or also continuously certifying with the courses taught by the manufacturers we represent and associations such as Avixa. We can say without fear of being wrong that we are representatives in Peru of the most prestigious manufacturers in the industry."

Industry Vision
In the time he has been working in the television industry, he has witnessed great changes that meant an important technological development in his country.

"The arrival of digital technology to replace analog and then High Definition (HD) managed to consolidate in 2010 with the implementation of Digital Terrestrial Television (DTT), which should be fully implemented in 2027. If we go a little beyond our borders, we can appreciate that the development of DTT is quite uniform in almost the entire region and definitely HD and 4K technologies will continue to be implemented more and more quickly."

He also pointed out that the advancement of OTT technology has important players that are competing strongly in the market. This has been affecting the income of linear television that, added to digital advertising via the Internet and the unstable political situation in the countries of the area, generates great uncertainty for investments in the region.

"In Telvicom we have several business objectives, one of the main ones being to continue leading the broadcast market with a permanent commitment to our customers to always offer them the best alternative solutions tailored to their needs. In order to fully meet the aforementioned objectives, we have a team of engineers who are permanently trained for this purpose," he said.

Family & Travel
About his family life, Carlos Anciburo commented that "I am happily married to Soledad Cisneros, we have five children and six beautiful grandchildren that brighten our lives. Very proud to have formed a beautiful family with whom we always meet to enjoy the Peruvian cuisine that is one of the best in the world."

Among his most important hobbies is his love of football, a sport he has practiced for more than 40 years with many personal satisfactions. He declares himself a fervent fan of the Peruvian football team and also of Club Alianza Lima. He is also very fond of other sports such as basketball, table tennis and swimming. In his youth he had the opportunity to participate in championships of these sports.

"I really like music, I listen to all the rhythms and depending on my mood I go from classical music to dance music because Latinos are cheerful people. Another of my greatest passions is traveling. I have been fortunate to have traveled around the world and to have known almost all the continents, with the exception of Oceania. Currently I continue to travel whenever I can," he concluded.

No thoughts on “38 years in the TV industry”