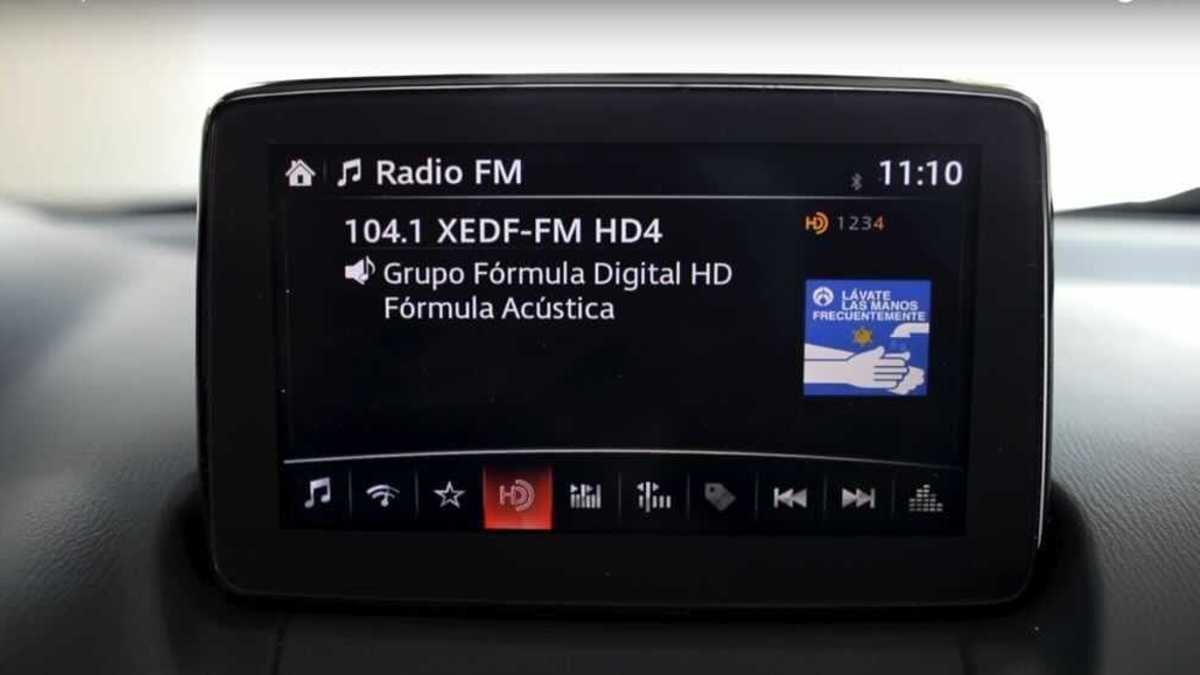 The new rule was published on September 6. The Declaration indicates that said Norm will enter into force 60 calendar days from the calendar day immediately following its publication.

The Mexican Standard NMX-I-325-NYCE-2021 establishes the minimum characteristics and functions in radio receivers in Mexico (radio receivers for automotive use, laptops, mobile devices and fixed receivers) to have the ability to receive hybrid, analog and digital terrestrial radio (RDT) signals, with the IBOC standard (in band and channel), also known as HD Radio, with the intention of generating the conditions to promote the use and adoption of the RDT in the population and thus promote the right of audiences to enjoy its benefits.

In June 2011, Mexico adopted the IBOC digital radio standard and established a policy for broadcasters to voluntarily perform hybrid broadcasts for AM and FM radio stations.

Today, faced with the diversity of hundreds of options and multiple platforms where citizens obtain information and forge points of view, radio must have for its audiences the optimal to provide its service, hence the importance of having at its disposal the necessary instruments for its development.

Audiences have the right to receive all analog and digital signals with the best quality and timeliness; Denying them any technological advancement would mean a setback in freedom of expression.

Hence, having a regulatory instrument that ensures that all radio receivers have the ability to receive hybrid, analog and RDT transmissions, with the IBOC standard, is indispensable.

"At the CIRT we consider that the publication of this Standard means a very important advance to equate our country with other nations at the forefront of broadcasting," said José Antonio García Herrera, President of the CirT Board of Directors.

The Radio Industry is convinced that compliance with the NMX by radio receiver manufacturers will help increase the installed base of digital and analog radios, resulting in a greater reach of the benefits offered by digital terrestrial radio to the population.

NMX-I-325-NYCE-2021 is applicable to all radio receivers that have the ability to receive hybrid, analog and RDT transmissions, with the IBOC standard, from sound broadcasting stations operating in the bands allocated to the sound broadcasting service in AM (535 kHz to 1 705 kHz), FM (88 MHz to 108 MHz) or both. Both those that are powered by the electric power service network, as well as those operated with battery designed to be used in radio receivers for automotive use, laptops, mobile devices and fixed receivers.

"The publication of the Declaration and upcoming entry into force of the Mexican Standard NMX-I-325-NYCE-2021 means for us, as creators of HD Radio technology, a great advance for the development of digital radio in Mexico, with which we are absolutely committed and in the best disposition to collaborate," said Fabián Zamarrón, Director of Xperi Mexico.

"It is, without a doubt, a sign that the Mexican authorities seek to promote the adoption of new technologies that allow us to continue with the policies of digitization of radio in the country, which places us at the forefront in Latin America. The national radio sector has always demonstrated its conviction and commitment to offer its audiences high quality content through the most advanced technological developments. We invite the automotive industry and all manufacturers of AM and FM radio receivers to comply with the characteristics mentioned in the Standard so that these devices have the ability to receive analog and digital terrestrial radio signals and thus remain at the forefront for the benefit of their consumers, "concluded the executive.

By aligning with the aforementioned NMX standard, Mexico joins other important cutting-edge initiatives in digital radio around the world, such as:

• The guideline issued by the European Electronic Communications Code (EECC) for the countries of the European Union, which states that all new car radio receivers must be able to receive and play digital terrestrial radio.

• Authorization, on October 27, 2020, by the Federal Communications Commission (FCC), for U.S. AM radio stations to voluntarily convert their analog or hybrid, analog and digital transmissions to a 100% digital HD Radio format.

Once again, Mexico assumes its leadership role in Latin America, just as it did when in 2011 it was the first country in the region to adopt digital radio as an official standard. Now, with the NMX-I-325-NYCE-2021, it once again sets the tone by promoting the digitization of terrestrial broadcasting.

The Mexican Standards (NMX), of voluntary application, are defined by the Ministry of Economy as a reference to determine the quality of the products and services in question, particularly for the protection and guidance of consumers.

No thoughts on “New Mexican standard on HD radios”