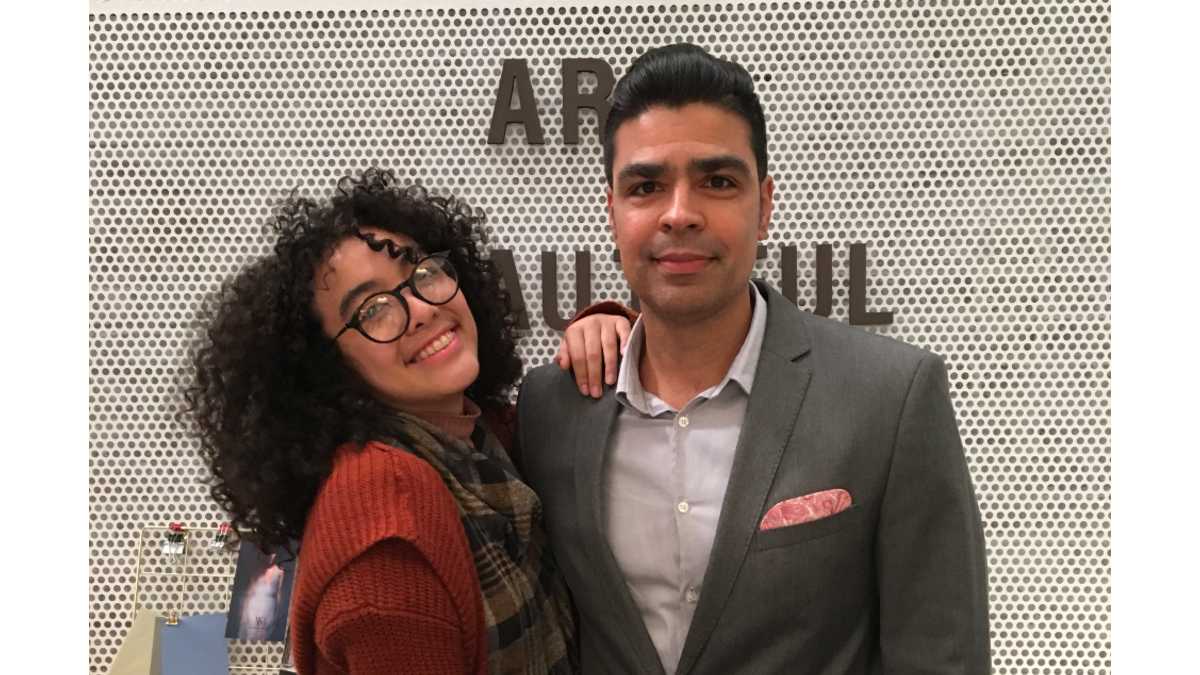 In this second installment, the interview with the librettist Alejandro Vergara Echavarría, who was part of the Betty project in New York (Betty in NY), continues.

With the writer Alejandro Vergara Echavarría, we analyze the way structures, characters and stories are designed for commercial purposes, it also addresses how COVID-19 changed the way of designing and producing stories and the way to take advantage of this juncture to relate this time of pandemic.

What is the importance of structure when designing an audiovisual product with an entertaining function?
Alejandro Vergara Echavarría: In all audiovisual genres there is a narrative structure. For example, in telenovelas, the dramatic foundations are grounded in love stories. It is the promise that the writer makes to his viewers and it is what the audience of this type of products looks for in each episode.

In everyday life there is no established narrative structure. On a normal day many things can happen to us, but these do not happen like what we see on television or streaming. If you do the oral narrative exercise of telling something interesting that has happened to you, you yourself select the best moments of your story, edit details that you think are irrelevant. Without realizing it and instinctively you are applying a narrative structure to make your anecdote more interesting and above all easier to digest. The structure in audiovisual media is like the signage on a highway, it tells you what you expect on the way, it tells you how to advance on a route, which in this case is a story, whatever the genre.

When we use Instagram, Tik Tok or other applications, everything that is uploaded must comply with concepts of immediacy, entertainment, sound and aesthetics. That they are applied without following any manual. The stories that best meet what the public expects in these apps are the most successful. What we see there is not really everyday life, it is a commercial product, a reflection, a desire or a stereotype.

In commercial television people are being entertained, and to be more assertive we use the narrative structure. Sometimes products are presented under the seal of biographies or real stories because they are based on events that happened. However, everything you see dramatized is not reality, it is in effect a vision of a writer or a group of writers, who focus on developing a series or telenovela under a commercial format. They extract the key moments and weave them into emotional blocks to make them emotional. But no one's life is developed in emotional blocks.

How does character design develop from your psychology and acting?
Alejandro Vergara Echavarría: Character building should define their psychology and performances. In the previous installment we referred to Elite, for this case the different youth problems must be investigated with the advice of professionals. It is important to know about the topics you are going to write, the closer to reality it is the more effective. People want to see human characters, no matter if they are in fantasy environments. What the audience is looking for is a reflection of their emotions.

Even if the characters are living on Mars. The research explains the behaviors and future reactions of the members of your audiovisual product. Even if you write fiction, you should feel that your characters are real. To the extent that you give them humanity, the public will accept them as everyday beings and this will hook them into your product.

When you watch TV or streaming, the characters are clichés, because they meet stereotypes; for example, the protagonist of an action series, the policeman, can be rough, he can have a girlfriend and sleep with others, but since he is a policeman he should not commit crimes, that is, he has limits. In the case of a bad character, he is unethical, rude, evil and should not have many touches of kindness. Clichés are just features that help identify narrative elements.

However, depending on the platforms where you place your products, you can also try to create multidimensional characters, which consists of showing contradictory characteristics. So the antagonist can be a good son, and the protagonist can commit some human faults and that is not why you will defend the first or punish the second. An example of this is Nurse Jackie, a series where the protagonist is a nurse with a strong drug addiction.

What are the most common rules, patterns and formulas within the design of the soap opera and series?
Alejandro Vergara Echavarría: When a product such as the telenovela is consumed, it proposes a model with identifiable characteristics for audiences, such as a love story, class struggles, the concept of fidelity or happiness, the appearance of stereotypes in the characters, among other elements.

On the other hand, for a product of action the common thing is to find chases, fights, among other aspects. Within the action stories, the most relevant thing is that the protagonist character fulfills a mission such as the fact of capturing the bad guys, saving the country, dismantling a network or a conflict; meanwhile, in horror production, the story revolves around mystery, which is related to death. Such patterns are common within the narrative and conceptual designs of the commercial audio-visual environment.

For this reason, these commercial products are mainly based on stereotypes that must be followed, warning that the stereotype is not something that is a bad thing, this turns out to be a formula to achieve greater identification by the audience. From there, a story based on the stereotype seeks, on the part of the screenwriter, a more direct way for the audience to understand the story.

But are there also writers who go outside this formula in commercial television production?
Alejandro Vergara Echavarría: There are geniuses who create different products and manage to permeate a lot. For example, a few years ago the stories of narcos with great similarities were very fashionable, which looked and hooked a lot, but everything was the same: Colombian or Mexican narco in rumbas with sexy women, the plane, in short, but the series Breaking Bad arrives, which will not tell the same story of the poor Latin American drug trafficker who becomes a mafioso, instead, he turns to an American-born high school chemistry teacher with terminal cancer, who teams up with a young man to manufacture and sell methamphetamines.

So when they ask me "how to do something different?", I answer: when a librettist manages to find a different point of view to tell the same story he manages to develop something new and successful. It is not an easy thing, because to discover different narratives, the author must have a great human sensibility.

Why are remakes still being produced?
Alejandro Vergara Echavarría: In the streaming scenario, platforms such as Netflix, Disney, Amazon, Hulu, among others, like traditional television, bring to the present narratives that were successful in the past, called remakes, because in a certain way they ensure success. This minimizes the risks that a new product can bring. They were in the past products that marked great ratings and the producers hope to repeat that successful formula.

Regarding these platforms, how have they been working and what are their differences and coincidences in their dissemination strategies?
Alejandro Vergara Echavarría: Streaming is the most efficient medium and there are new platforms, not just Netflix. Disney set up their entire bookstore on the Internet and they have done very well, especially at times when we spend so much time at home. Parents know that children can be left quietly watching any movie or series, because they will never find disturbing content there.

Another streaming service is Hulu and it is also doing very well, it is starting to produce in Spanish. Apple also has its streaming service and is interested in producing in Spanish. I think that right now technology and production is going faster than the creative part of writers. Demanding more and more quality in the contents.

With the arrival of the pandemic: did the design of the production change in the slight?
Alejandro Vergara Echavarría: Yes. There are new limitations. It is necessary to propose stories that avoid crowds of people or intimacy between the actors. The pandemic brought for everyone many limitations in the design of the production, but even so, many things that were thought impossible managed to be done; for example, the last product I was working on is called Buscando a Frida, which is a remake that originates from ¿Dónde está Lisa?, a Chilean series that aired about 10 years ago and Telemundo produced it again and at this moment they are broadcasting it.

When they started recording it, the pandemic began, and all the prevention requirements that any industry must do now had to be met; among these requirements, actors had to be tested for COVID-19 before recording, sex scenes, kisses, large parties and everything that means closeness were prohibited, for this reason, in that context the productions have had to adapt to these limitations.

What about the stories related to COVID-19?
Alejandro Vergara Echavarría: You can still make a story that has to do with COVID-19, of the changes that have had the lives of people, who have been confined, that can be very interesting, that is, a story and a premise that marks how it is being lived now. These stories would turn out to be interesting, because maybe this is a historical moment and this has never happened. In conclusion, you can generate stories from all that scenario described above, that of quarantines and all that this has entailed, now, but you must have an objective: what do you want to tell? And what is going to be the question of the story that is going to be generated?

No thoughts on “Patterns in writing soap operas and series II”