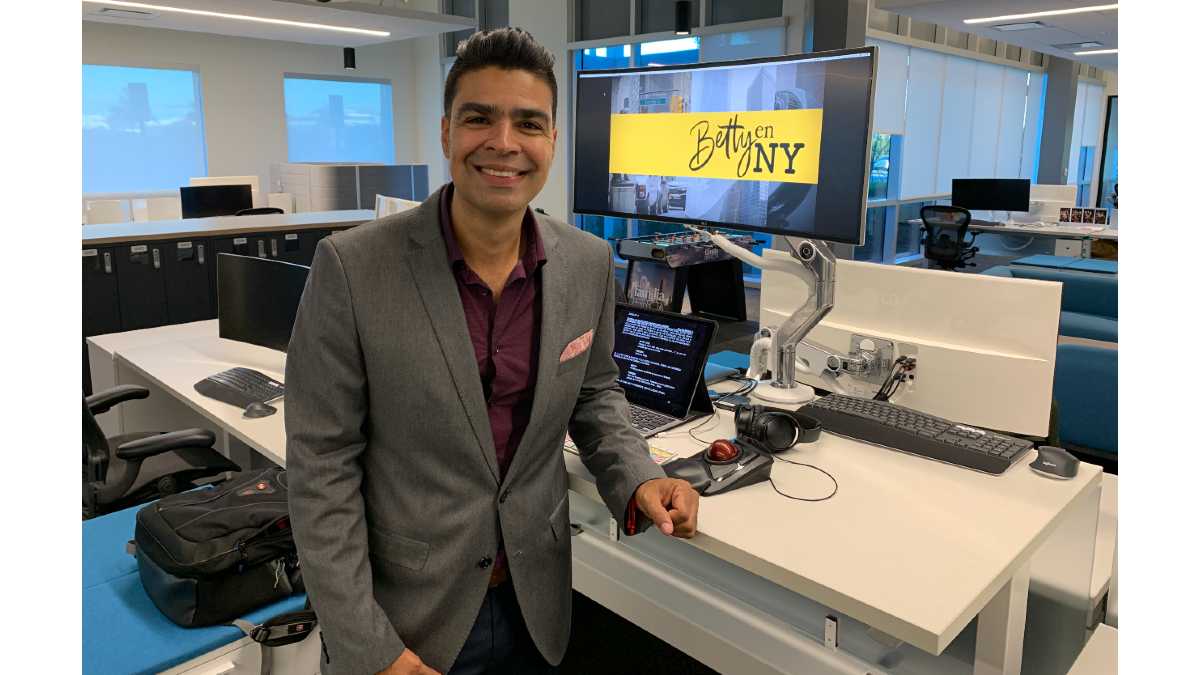 This text focuses on the concepts of Alejandro Vergara Echavarría, who was part of the Betty project in New York (Betty in NY), who refers to the patterns that govern the design and production of series and telenovelas.

This interview with the Colombian dialoguist, screenwriter and writer, Alejandro Vergara Echavarría, consists of two installments. In the first, the screenwriter refers to the creative process that exists around the production of series and telenovelas, as well as the rules for the construction of effective narrative structures.

In the second, the current context and the functioning of the audiovisual sector is addressed and it is expected to answer concerns in relation to the existence of formulas and patterns in the writing of telenovelas and series.

What is the research process to build a good story?
Alejandro Vergara Echavarría: In advertising, research processes are induced to try to find an insight that connects with the story and, from there, you can build something that people identify with. When it is a new story, what you have to do is a good research on the subject, and when it is an adaptation, like something that has already happened, what you do is investigate to locate it.

According to the above, each story has a premise and for the case of I am Betty the ugly, it is that I can get love, even being an ungraceful woman, who does not belong to the world of fashion and who does not fit with stereotypes. For the new adaptation, a research process was carried out and it was determined that classifying a person as someone "ugly" in current times is discriminatory. So, the management of this plot must adapt to these times.

The importance of researching before dealing with a topic can also be exemplified with the Spanish television series Élite (Netflix), which when dealing with issues that have not usually been addressed in the production of content for adolescents (sexual diversity, culture, drugs, diseases, harassment, use of social networks, corruption, among others), must propose the creation of a group of researchers who contribute to a good treatment of these within the script and that in addition, make the stories as close to reality as possible.

How to develop narrative structures to tell stories that work effectively in audiences?
Alejandro Vergara Echavarría: There is a rule, which is the format, so everything focuses on trying to find the rules for its construction At first, it consists of identifying the structure or "skeleton" that best fits the story. Then, the approach is determined, which is determined by the universe where the story is going to be developed and the characters that participate in it.

An example of the above can be seen in the Harry Potter film series, whose story begins by showing that he lives with his uncles, in a neighborhood where the universe of magic exists. This is the approach and in this, even the main character has no problems. The story begins when something happens to the character's life (problem). In the case of Harry Potter, the trigger is when the character of the motorcycle (Sirius Black) appears and tells him "you do not belong to the world of normals".

On the other hand, in the case of Christopher Nolan's Inception, the story has two dramatic lines: there is one that is the sentimental one that is supremely strong in the story; and also a power line. In that scheme, the sentimental line proposes whether Dom Cobb (Leonardo Di Caprio), will be able to overcome the trauma he has, and the power line has as a question if he will be able to extract the expansion plan of Proclus Global, led by the Japanese tycoon Saito (Ken Watanabe).

At the beginning of the story they show the viewer the universe in which he lives and what Dom Cobb does to live, they also explain that he is an extractive agent, an expert in the theft of ideas within the world of dreams, this is the approach. Hence, when Dom Cobb and his team are hired by Cobol Engineering to steal an idea from someone else's mind, the trigger of the story is presented, and whether or not he will finally manage to do it. To be able to do so, he has a good team of people who collaborate with him. The climax of the story is when they manage to enter the mind of the character to implant the idea and whether they will achieve it or not, and the outcome is open for this case, because the question arises whether everything is a dream or not.

Another example is the stories of the Marvel Cinematic Universe, whose objective is whether superheroes will manage to stop the villain (Thanos), who wants to get the six Infinity Stones. The story begins by showing us the entire team of superheroes, who are perfect and happy. The trigger is that the villain appears, who says that he is going to steal the gems, and there arise a lot of special effects, where the audience appreciates battle after battle.

In the first film, the first villain turn point manages to have the gems and destroy much of humanity, in the second film, the final confrontation is given which is the second turning point, the climax and the theme is that the heroes, manage to defeat the villain. So, the premise that arises is whether the villain will achieve the power of the universe.

Does the structure vary in different genres?
Alejandro Vergara Echavarría: The structure is always the same; for example, in horror stories, characters are presented who come to the house (the twenty-five-year-old newlywed couple who bought a house for a mortgage and are super happy, but the house is scary; from the beginning the audience thinks: these people are crazy, why would they buy a house in which they are going to die? This is the approach of the story, where something is shown that denotes from the beginning that unreal events are going to happen: a shadow in a mirror, a candle goes out alone or the child who is standing at the door and tells them, "you are going to die".

The viewer already knows that it is a horror story and what he will accept to see the next 13 chapters, and he will admit to seeing spirits, that people die and revive or accept that the devil has horns and that he will appear in the story.

Meanwhile, in a romance story, from the first scenes and in the approach, the protagonist is shown as a super good and beautiful girl who, despite being intelligent, does not succeed; also, a male character will appear with whom he is going to fall in love, but unfortunately, he already has a girlfriend or is about to get married.

In that context, the viewer knows that it is a romantic story, but after the approach the rules are changed and unreal things are shown, such as that the protagonist can fly, make invisible. Before this you are going to jump and say what happened, this story is very silly. What happened is that from the approach the screenwriter must present the characters and universes in which the viewer is going to enter and if these are going to have superpowers and the viewer identifies what kind of story it is. That's where the trigger comes from, which is when the question and the problem arises, the turning points, the climax and the outcome.

What about soap operas, do they take advantage of this pattern?
Alejandro Vergara Echavarría: The romantic stories of soap operas, if the term can still be used, have been adapted because people now prefer to watch formats and short seasons. In this type of productions, generally the stories have two lines, one of love and another of power, because sometimes a story only of love does not hold, it is necessary to include the love story also as something of power and intrigue, but always taking into account that the most relevant thing is the love story.

Are these same two lines generated in the series?
Alejandro Vergara Echavarría: A series like Elite has two lines, one of power and one of love, accompanied by small love stories of the peripheral characters, that is, they are like three sentimental stories that would become a sentimental line and a line of power.

Now, when you have an action story, the power line is more important than the love line, unlike romantic stories where the love line is always more important and in the end the audience does not care if the protagonist lost his fortune, the important thing is if he stays with the protagonist; on the other hand, when a story that has to do with action, such as a big robbery, is raised, the story almost always has the premise of a robbery, which may have a romantic line, but the latter is not so important.

What changes or novelties did Fernando Gaitán introduce in the telenovela?
Alejandro Vergara Echavarría: It was the creator who put the protagonist not very graceful and intelligent. This was the change, because almost always the protagonist in the classic Latin American telenovela had not studied much and did not laugh at herself and was aware of not fitting into that society.

The protagonists of that type of soap opera always told them: "you are ugly, you are poor" and she started crying, instead Betty was told "it's that you are ugly", and Betty told Nicolás "if I'm ugly" and laughed. " That little change made Betty a great character, it made her connect with the audience, because it can happen to anyone; Betty was a character who laughed at bullying: "if I'm ugly, so what?, I don't care."

The next installment continues with the interview with Alejandro Vergara Echavarría, who answers questions regarding the construction of characters, the gender and identity that is generated from it, the existence of formulas for the design of telenovelas and series that generate patterns, and the way in which COVID-19 has changed the design of the production, in addition to the stories that have emerged from this conjunctural issue.

No thoughts on “Patterns in writing soap operas and series”