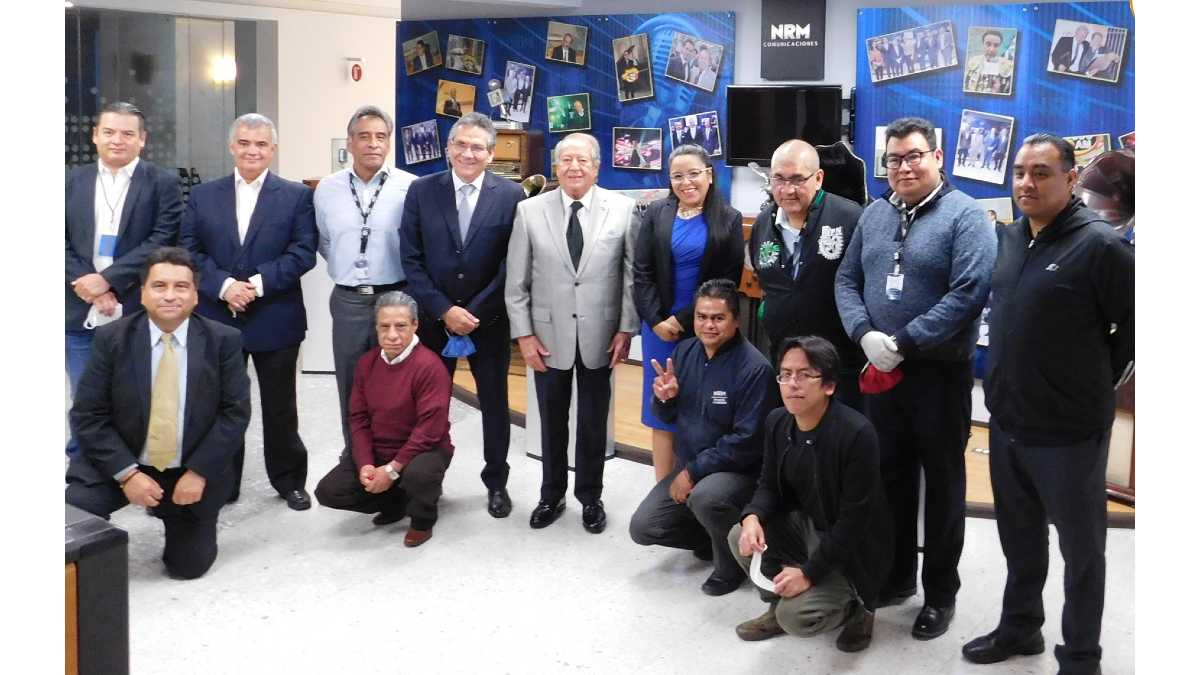 The transmitter of the company Gates Air, of the Flexiva Fax series, was installed for its radio station Xhmm-FM Stéreo, 100.1 mhz.

Stereo 100.1 FM, living up to its slogan "We touch your senses", decided to benefit the sense of hearing of its listeners with a clearer, cleaner, louder and more pleasant sound, with the commissioning of the Gates Air transmitter of 30 Kw of the Flexiva FAX series, high power, solid state FM cooled by air, including PowerSmart technology that offers unparalleled efficiency.

All this was possible thanks to the correct installation by the Engineering Area of NRM Communications headed by Engineer Juan Emigdio Iturria and his team of engineers Daniel Martínez Estrada, Alejandro Crespo, Jaime Cepero and Joel Montes.

Eng. Jesús Canela, General Director of AURI, distributor in Mexico of the Gates Air brand, said: "We are very happy to be able to demonstrate the high quality and efficiency of the gates Air high power transmitters, since they deliver a cleaner signal, without any interference and that is notorious for listeners and that generates a competitive advantage to the Radio Station within the broadcasting medium."

For his part, the Director of Engineering of NRM Comunicaciones, Juan Iturria, mentioned that the economic and purchase decision corresponded to the partners and the Executive President, Don Edilberto Huesca Perrotín, who mentioned that he had a taste for the sound offered by the previous equipment of the Harris brand now Gates Air and that if they decided to buy a team he wanted to obtain this particularity and a competitive price with respect to other brands in the market.

That as for the decision by the technical part for the acquisition of this equipment was due to the technology it offers and the technical characteristics of the Exciter that allow that for the first time a transmitter that they acquire can provide a power factor (f.d.p.) of 1.

In technical terms this means that its performance is maximum, that is, all the power (energy) that it absorbs makes it useful and that we obtain in its operation.

For our part we were pleased because the team pleasantly met expectations and also that in the transmission tests something unexpected happened, listeners began to call the station during the program of "Focus with Adriana Perez Cañedo" to know why the station was heard better and that made us realize that it was the best choice because we achieved the objective that was to benefit to our auditorium.

The NRM Engineering Assistant, Daniel Martínez, highlighted the qualities of the Gates Air, starting with the study of the manual, the assembly, the easy installation and the software for operation of the transmitter that is very intuitive, and that had the support of the AURI Distributor and the Gates Air factory from the moment the transmitter arrived at our facilities until its commissioning.

Finally, Sonia López, Sales Manager of AURI es Radiodifusión, said: "We are very happy that they can know the sound of the Gates Air transmitter and that even being in contingency we were able to fulfill our project successfully in a timely manner. We hope that soon we can announce more installations with Gates Air Transmitters in Mexico."