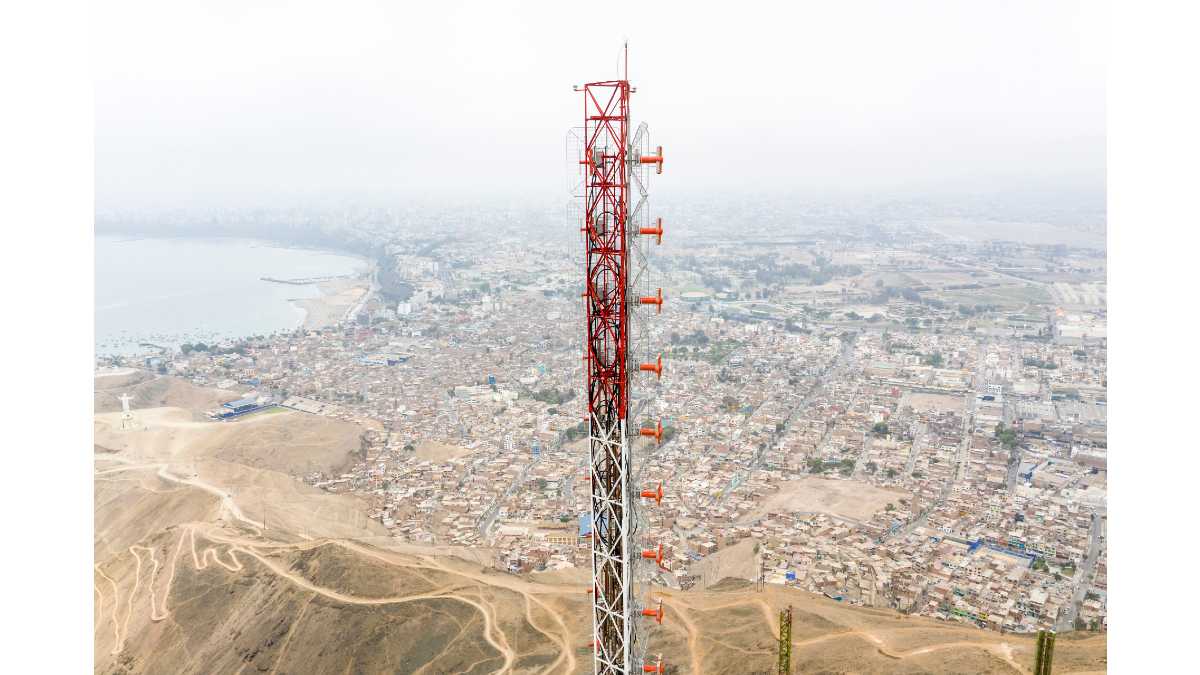 Dielectric sent a 20-panel DCBR FM antenna and a multiple dual combiner to CRP Media and Entertainment, a group of privately owned commercial radio stations, based in Lima, Peru.

Considering that the tower site, morro Solar in Lima's Chorrillos district, is one of the busiest broadcast antenna zones in the world, CRP chose the Dielectric package for its ability to cost-effectively combine eight FM stations into a single antenna system while covering the entire target market area.

After carefully evaluating several technical proposals submitted by competing antenna manufacturers, CRP Operations Manager Giancarlo Garzón and the engineering team recommended the purchase of Dielectric's solution to CRP management on the basis of its innovative design, reliability, and price/performance.

"With its total input power of 240kW and a dual input matrix, our antenna system offered CRP the best option to improve the signal strength, reception and coverage of its stations in the metropolitan area of Lima. In addition to meeting CRP's expectations on the target coverage pattern, the dual collector combiner makes it possible for the company's eight separate high-power FM channels to share the same antenna," said Federico d'Avis, Dielectric's International Sales Manager.

Factors that lead to the sale
CRP management, the engineering team and the external consultant were also impressed by the detailed technical presentation given in Lima by Jay Martin, Dielectric's vice president of sales. Martin and d'Avis also invited CRP CEO Abraham Zavala to tour the Sutro Tower in San Francisco and speak with Eric Dausman, the site's technical operations manager, about the performance of Dielectric's many FM antennas installed at that site.

CRP's management was also persuaded by its consultant's familiarity with several Dielectric-branded antennas that have been in continuous service throughout Peru for more than 20 years. The hilltop site, which is replete with towers, antennas and transmitter buildings, is a coastal perch overlooking the ocean, a location that presents a unique set of operational challenges around performance and longevity.

"Dielectric has antennas that have been installed and fully operational in coastal regions like Florida and the Caribbean for many years," d'Avis said. "The CRP engineering team was confident that Dielectric's antenna and combiner would operate reliably and resist corrosion in salty sea air and strong winds prevailing in Morro Solar."

A team of CRP engineers visited Dielectric's factory in Raymond Maine in mid-March 2020 to inspect their equipment and witness a factory acceptance test of the new system.

Dielectric is now preparing the RF system, including the antenna, combiner and filters, to be sent to Lima. "We are delighted that CRP has placed its trust in our efficient and economical antenna and combination system," said Martin. "We look forward to building a long and rewarding relationship with CRP and supporting our technology to serve them for years to come."

No thoughts on “CRP improves your signal”