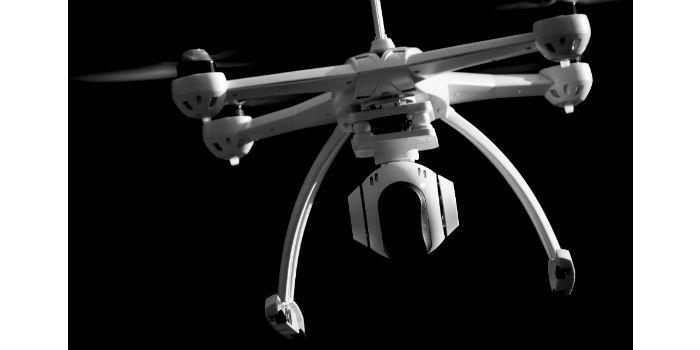 Although the global drone market is dominated by the consumermer sector, buoyed by the large number of enthusiasts and their prices, which start at less than $100, the professional level of these devices increasingly specializes with applications ranging from entertainment to life-saving work.

Although, drones were born almost exclusively for military uses, with the passage of time, and with their technological development, they have transcended to other fields and have conquered very important spaces to perform.

According to Manuel Peláez, Regional Manager of the global Stampede company, audio and video distributor and in turn exhibitor of TecnoMultimedia InfoComm, in Colombia the RPA (Remotely Piloted Aircraft System), or remote-controlled manned aerial systems, not only have a very important market but have begun to be used for strategic and professional tasks.

But, what are the applications in which drones are most frequently used?, Manuel Peláez mentions 7 of the most important:

1-    Cinematography
This line not only refers to the professional capture of audio and video for audiovisual productions of film and television, but also to the coverage of sports and great shows. Recently drones have been equipped with technologies such as VR transmission (Virtual Reality) that allows users, conditioned with special glasses, to see in 3D and in real time, the aerial images of multitudinous congregations and large musical concerts.  Channels dedicated to nature issues and documentaries have drones as allies for their ability to go where a human could never.

2-    Mapping and surveillance
Demonstrating their versatility, drones are used in security and surveillance issues. Taking an oil company as an example, the savings in human resources and time are significant if it comes to monitoring stretches of several kilometers. Drones are already equipped with facial detection systems that can recognize and alarm a person, over long distances. Security companies and the military sector are other of its most important users.

3-    Search and rescue
Thanks to the optimization of batteries and the power of information storage, drones are the perfect allies when it comes to rescue operations because they have the ability to cover great distances and do the recognition of missing people, thanks to sophisticated programs of detection and analysis of physical patterns of nature.

4-    Precision agriculture
Fertilizing a land properly, enhancing a soil analysis, detecting a large school of fish on the high seas or performing a spray against pests, are some of the advantages of having a drone in the air.

5-    Inspection of infrastructure and constructions
For a drone it is very easy to verify progress of civil works, the construction of roads, and even many times to avoid tragedies in the maintenance and inspection of structures.

6-    Disaster management and public rescue
Drones lend themselves to reach the most remote places with the purpose of looking for victims and reporting them through specialized programs. Likewise, they can make aerial advances to determine the entry areas of water and land rescue vehicles.

7-    Transport
Aligned with the concept of Smart Cities, drones have the ability to perform collision records, road monitoring and citizen surveillance with the ability to link to city security cameras and the police control center.

These trends and their impact on the market of the Pro AV industry, as well as on the production of television and cinema, will be the subject of the specialized fairs TecnoMultimedia InfoComm and TecnoTelevisión & Radio, which from November 15 to 17 will bring together in Corferias the exhibitors of the main technologies and innovations in professional audio and video systems, unified communications, digital signage, automation, television, radio and cinema.

No thoughts on “Learn about the professional applications of a drone”