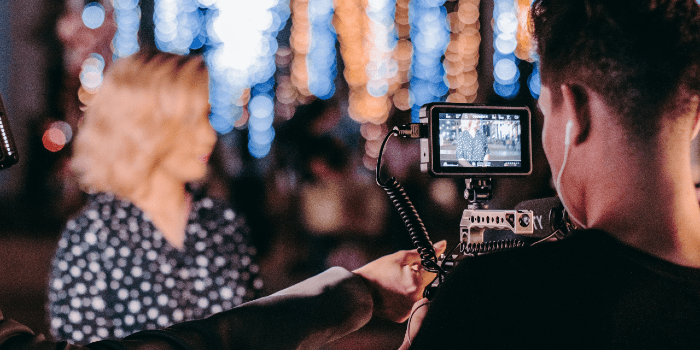 Although the current economic situation due to the pandemic for the channels is difficult, none considers or raises the possibility of having a closure of operations.

The control of the pandemic generated by Covid-19 required prolonged isolations and quarantines that affected audiovisual production, despite television and video being one of the favorite entertainment media, with a high increase in the number of viewers on different screens and platforms during this period of confinement.

This situation generated a significant challenge for the canals, since they had to remain on the air and comply with biosecurity standards and protocols to protect all the people who allow them to operate. The remote operation of talents and publishers has been one of the main options, with consequences that have had to be overcome, such as quality and connectivity.

On August 12, the magazine TVyVideo+Radio and the Expo TecnoTelevisión held a forum called Impacts and changes in post-covid 19 production, a day in which the impacts of the pandemic on the production of television channels in the region and the changes implemented for the future from the technological field were analyzed.

On that day they were invited to Pedro Carmona, CTO of TV Azteca, from Mexico; Eduardo Bayo, Manager of Technology, Operation and Systems of Artear de Argentina; and Carlos Duque, Technical Director of Telemedellín, from Colombia. Here are some conclusions of this day.

Virtuality and remote work
The three guests agreed that they had to adopt biosecurity protocols for the staff and constant hygiene of the spaces of the channels, rotation of the personnel who work in person and implemented remote work in all areas that were possible and thus be able to sustain the entire operation of live programs, which occupies most of the grid of the channels.

"When in February of this year we detected that there was a problem in the world, we decided to start testing remote work, see what we were missing and what changes we needed to apply in the workflows. When the pandemic was declared, we were prepared with both administrative and production systems. The recording of novels and serials had to stop and these programs were replaced by live programs," said Eduardo Bayo.

Carlos Duque stressed that although they had been preparing, the changing situation of the pandemic has required planning on the fly. The channel has equipment and applications that helped them to be creative, with virtual platforms, but the main difficulty has been the internet in people's homes, which can generate improvised problems.

"Unfortunately, the preparation did not prevent us from having an outbreak of infected people inside the canal, which forced us to rethink the management of the situation, which allowed us to overcome that outbreak and prevent infections from happening inside," said the technical director of Telemedellín.

Since the two years prior to the pandemic, TV Azteca has been working on the implementation of a fully automated system that allows non-linear production, with cloud-based processes, remote workflows, even post-production.

"We had the technical capacity of remote work, but the commitment of Grupo Salinas, owners of TV Azteca, was to maintain as much as possible an unchanged economic activity, that the concept of virus did not amount to death, applying all sanitary and hygiene measures. There was really little that we had to face remotely and virtualization, despite having the ability to do so," said Pedro Carmona.

Quality and economic impact
The quality of the transmission is an issue that was initially affected, mainly because despite having the equipment and applications for remote work, it depended on the internet of the house of the officials and although previous tests were done, at the time of being live there were inconveniences. In addition, the talents had to be technically taken care of themselves, except for specific particular needs.

And from the economic point of view, the impact has also been great, because as the audience grows, advertisers decrease. Carlos Duque explained that many companies have had to suspend operations to take care of their employees, which is why they have slowed down the advertising pattern.

For his part, Eduardo Bayo pointed out that in Artear the number of ads has had a slight decrease, but it has been affected by the payment chain. That is why they must be careful in terms of expenses and investments.

And in the case of TV Azteca, Pedro Carmona has described it as a catastrophic year from the economic side, which came before the pandemic with competition for the media of the new platforms, added to a difficult economic situation as a country and all deepened by the pandemic.

"The situation has forced us to make changes in our workflows, postpone equipment purchases and added to an extra expense with the cleaning and sanitization requirements of spaces and equipment. The quality has not decreased, but the financial cost has been serious, it may be the year with the greatest financial challenge in the 27 years of TV Azteca, "he said.

And for the three channels, the economic situation has led to technological upgrade projects being frozen and purchases reduced to the requirements necessary for the signal to remain on the air or attend to an emergency.

"What we are taking advantage of at the moment is to implement what we had already bought, but not new things. The big question is what the day after will be like, how the economies of the companies will be and how we will propose the future plans. Today we don't have an answer," said Artear's Technology Manager.

Finally, the three guests at this forum pointed out that despite the current economic situation, the necessary measures have been taken to prevent the channels from having any risk of closing their operations.

This forum began the virtual academic program that TecnoTelevisión and TVyVideo+Radio offer during the second semester for the industry, which continues until December with technical training on topics that will be a trend in the broadcast industry in the coming years.

No thoughts on “Adapting production due to Covid-19”