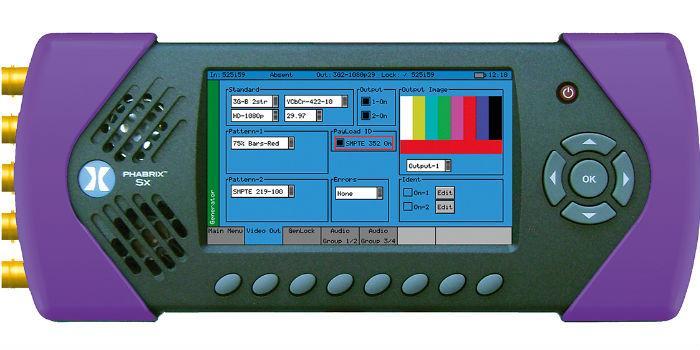 You have to follow a series of rules and patterns to be within the standard. The video levels have maximum and minimum values that must be taken care of so as not to be out of range.

Our day to day is based on references, we need these to know if we are doing things well, to know what time of day we are or where we are. We measure the time in hours, the distance and height in meters or feet depending on where we are, the speed in kilometers per hour or miles per hour depending on the geographical place in which we are.

We also measured ourselves by age, weight, height and compared them with reference tables. The money we have is also based on a reference that is the currency of the country.

The architect when designing must establish real parameters and measures that the builder must then follow as a reference. The packaging designer must create his boxes millimetrically so that when they are assembled they look good. Therefore, I repeat, our day to day is based on references.

Those of us who work in video and audio, whether in television, post houses, radio, recording studios, etc., do not escape this reality. We also have to follow patterns, tables and references so that our work is well done.

Who makes the regulations and compliance parameters?
In the broadcast medium, certain parameters of conformity and rules are followed that are established by regulatory entities depending on the item. In the case of video and audio, the standards established, among others, by SMPTE (Society of Motion Picture & Television Engineers), EBU (European Broadcasting Union), ARIB (Japanese Association of Radio Industry and Businesses), NTSC (National Television System Committee) for the case of analog color TV in the United States and most countries in Latin America are followed.

In the case of transmission, the rules are imposed by the regulator of the radio frequency space of each country, in the case of the United States to use it as an example, it is governed by the FCC (Federal Communications Commission). Anyone who does not follow the parameters of broadcasting via RF can be fined or closed. These regulatory bodies follow the parameters established in the current case of digital television by the ATSC, DVB, ISDB-t, among others.

Parameters to follow on TV
In the case that concerns us, the standards that we usually follow in Latin America are those of SMPTE, NTSC, ATSC, DVB and ISDB-t.

In the 40s, 50s and until the mid-70s a adjustment pattern known as Indian-head test pattern (Fig. 1) was used which was used for camera settings (which could last many hours), monitors in studios and televisions at home. And oscilloscopes were used for the adjustments of these cameras.

With the arrival of color television, for the 1960s the pattern known as SMPTE Color Bar was invented, which consists in its upper two-thirds of 7 vertical bars at 75% of its intensity value and are generated by the 7 possible combinations of the basic colors Red, Green and Blue (or for its acronym in English RGB)

For the measurement of levels, two basic instruments called WFM (Waveform Monitor) and the Vectorscope (Fig.2) were used. The first is basically used to measure luminance intensity levels and the second the chroma level.

In his time this pattern was known as Bar and Tone, since it was necessary to record bars and a tone of 1Khz to then calibrate the tape players and when a material was sent via microwave.

With the advent of the digital age, many changes have occurred in the world of measurement and quality control and although many of the color patterns and forms of measurement are still used, the format has undergone changes at the level of values. New ways of measuring have also been created since when video is digitized we now have "1" and "0", therefore, new tools are needed that include analysis of the SDI signal and its digital data.

Why is quality control necessary?
As we have mentioned in the previous paragraphs, you have to follow a series of rules and patterns to be within the standard. The video levels have maximum and minimum values that must be taken care of so as not to be out of range.

When we make outdoor productions we must take care that natural light does not overexpose the image, and although the mechanical adjustment is usually done in the camera, the level is checked on an instrument.

In a multi-camera environment, we must ensure that all are calibrated the same (shading), if we do not run the risk that the final material is not visually pleasing. In the same way the synchronism between them and with the rest of the production equipment.

When we have a signal on the air we must be constantly checking the levels, if we emit a saturated signal to the transmitter we can create clipping that can degenerate the transmitted signal.

In the case of digital video it is more critical because if we saturate a signal when digitizing it, there is no going back that is why with the production with digital cameras we must be very careful even avoiding that we degenerate the signal and instead of producing video we are creating problems such as GAMUT errors. This degeneration can even be generated not by misuse of the equipment but by a bad installation, bad wiring, poor quality cables.

The art of doing things right
With the passage of time we have forgotten to take care of the quality and we have only focused on the content.

To be a videographer, cameraman, producer, editor, illuminator, etc. is to be an artist and although the artist is free to make his art in the way that is best and most to his liking, within the audiovisual medium you have to follow patterns. For this reason you have to use appropriate and specific tools and instruments that guide you and help you to perform an optimal and quality job and the result of following the rules is to make audiovisual art and do things well.

No thoughts on “Video quality measurement”