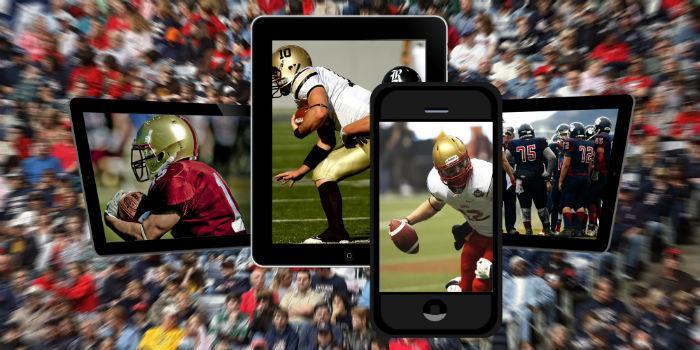 This article aims to answer the question of why the Latin American market should not ignore the video-on-demand model over the Internet, OTT.

It is well known that the Latino market has been difficult for content providers to conquer. The challenges are numerous and diverse, from payment and broadband issues to cultural issues and a demand for content with a strong local dimension. Despite all this, the market shows enormous potential, especially since many of the challenges identified are expected to diminish in the coming years.

In fact, revenue from the video-on-demand sector in Latin America is expected to double, from $425 million in 2016 to $859 million in 2021. It is estimated that a significant portion of this revenue will come from advertising, providing a unique opportunity for content providers to be able to capitalize on the growing demand for video-on-demand over the internet, known as the OTT model, in the region.

A growing market
The most important barrier to the entry of the OTT model into the region is the lack of broadband infrastructure and the astronomical cost of the few broadband services available. Studies show that only four out of 10 households in Latin America have an adequate broadband connection, leading many users to use mobile devices with internet access for video streaming.

However, it's not all pessimism and desolation, as the high levels of mobile viewing in the region offer a unique opportunity for content providers. According to Econsultancy, Latin Americans are "the most frequent mobile video viewers in the world", 42% of internet users through smartphones are in Brazil, these users watch videos on their mobile devices every day.

In fact, low broadband penetration means that mobile devices with internet access are sometimes the only way to watch video content. But this type of video viewing offers OTT providers a considerable amount of information about the viewer, for example, where they live, their gender, as well as their individual viewing habits. If they know how to leverage this information, content providers can get a complete picture of each viewer and personalize the content, the ads, and therefore the entire viewing experience.

Of course, this can be done in the case of other display devices, but personal mobile devices are much more accurate as there are fewer anomalies in viewing habits. The reason is that personal devices belong to and are used by a person, not by a family with different viewing habits and interests. Naturally, this plays in favor of the Latin American OTT market, considering the very high levels of mobile video consumption.

Personalization is the key
It is important to remember that although the Latin American market is usually considered as a single entity, the region is composed of several smaller nations each of which has its own culture. Consequently, there is a high demand for regionalized content that is more relevant to viewers in each country. Previously, replacing the content of a linear broadcast with one aimed at  OTT viewers, more personalized or individual, would have involved a laborious and expensive process. Now, thanks to frame-accurate metadata and automated systems, this is much more viable.

As long as content segments are described with metadata indicating their beginning and end, it is possible to replace those segments with something else. Using the SCTE 224 standard, it is possible to design a policy to tell a system that a given content segment should be replaced by another when the viewer is in a certain location (or because of many other parameters). The EIDR (Entertainment IDENTIFIER Record) code that is inside the SCTE 35 message alerts the system about the exact frame in which the change should be made, so the content is replaced in an absolutely agile way.

Metadata is really critical here, as it can provide the information needed to physically replace content, but it also provides detailed information about viewers, ultimately allowing content providers to customize content selections. With this technology, OTT platforms can upload localized content to the corresponding viewers, depending on where they are located, but also on their viewing habits, gender, age and interests.

Agile content replacement isn't something really new, but it's something OTT providers around the world are increasingly looking to achieve. However, for Latin American content providers who want to switch to the OTT model, it is particularly useful, if not essential.

The SCTE 224 standard allows metadata associated with content to be sent out of band. By doing so, it is possible to include graphics in a content stream that can also be customized according to the device being used (to fit the dimensions of an iPhone's screen, for example), but it also implies that the OTT provider can customize these graphics for each viewer. Since it is not necessary to send the same metadata to all users (instead, they are sent out of band), the provider can customize these graphics for each viewer, even to the point of being able to send interactive or user-selectable buttons in advertisements.

Insertion on the fly
Frame-accurate metadata to replace content also serves to address the challenge of monitoring content distribution rights. Particularly in the Latin American market, where content providers may be providing content to viewers in multiple countries, they cannot simply send content to any device at any time because they may not be authorized to do so. Therefore, offensive content must be removed or replaced. Instead of simply deleting content and showing viewers in certain regions or devices the darkened screen, content providers can replace the content with one that they are authorized to stream, using the same metadata mentioned above.

Of course, ads also need personalization. Video ad revenue in Latin America is projected to grow to $2.257 billion by 2021, but this can only be achieved with better targeting and more efficient ad insertion technology. It's clear that ads have a better chance of success if they target users with their browsing history, location, and especially if they are contextually related to the content they're viewing.

The transmission of content over the Internet means that each viewer receives an individual transmission in which advertising can be adapted according to the aforementioned parameters. By describing policies that use SCTE 224 messages, a system can dynamically and on the fly replace ads with ones that are more relevant to the viewer and the location from which they are viewing the content. Personalized advertising not only increases the value of ads, but also makes the OTT model a more lucrative business for content providers, and ensures that the service remains accessible to the Latin American market, reluctant to the subscription payment model.

Conclusion
Netflix is, right now, a dominant figure in the Latin American market, but many predict that its dominance will decline in the coming years, as domestic content providers are favored by their regionalized content better suited to the market. The reformatting of linear content has become more economical in recent times, thanks to automation and improved technology.

Consequently, the move to the OTT model is not so far away or so risky for content providers, especially since metadata has revolutionized the way ads are inserted on the fly, and because both the content and the viewer experience can be personalized. Therefore, there is a huge opportunity for established Latin American video providers to successfully provide OTT content, targeting a somewhat neglected market that claims to be taken care of.

No thoughts on “Latam should not ignore OTT”