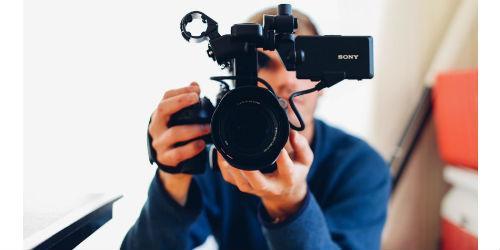 In the change of era from media to system, we are navigating towards a stage of loss of audiences, regulatory delay and a dangerous dependence on advertisers much more versatile, daring and who will surely make the right decisions.

Little by little within the communications practices of the television industry is assimilating the trend that not everything that is offered for the community to experience, is done through a television or a single device.

The dynamics of video consumption today do not respond only to a change in user habits associated with fashion, as well as to the availability and variety of devices, the means of transport or convenience. It depends to a large extent on the fusion of communication with people's primary social needs.

Media users are rapidly migrating to a systemic model of communication identified by attributes that their individual parties lack.

Convenience. The consumer now has options to consume and add content according to their tastes, availability, times and places.

Interactivity. The experience, as when it was migrated from radio to television involving more senses, not only consists of enjoying a content through a medium, but a matrix of experiences through an interactive system that has routes at an omnidirectional level and that can involve elements of transmedia and gamification difficult to adapt in other scenarios.

Fragmentation. From being the television, a device that played a role in attracting families around narratives told by a few. The almost limitless availability of current services and devices are connecting individuals beyond walls through stories that many can build organically.

Individualization. Today's communication is migrating from anonymous engagement to one in which each individual identifies and presents themselves digitally by sharing their profiles, tastes and preferences.

Ease. The absence of barriers for any individual or organization to publish original content in an environment without rules, beyond those that the same system and its consumers make as natural selection filters, is leading the market to levels of oversupply of content.  The effectiveness to reach the primary socialization needs of individuals is what will determine the success and continuity of a content.

Is the traditional way of advertising going to react faster than the media?

Advertisers are likely to take the reins of content production in a bid to shorten distances and reach above their traditional distribution chain, making them more relevant, close and effective with their related communities.

For Television, understanding that the way of approaching dialogues is not only a matter of devices but of creativity and appropriation of technologies within a dialectic in continuous change, will be the beginning of a transformation aimed at recovering lost time.

In a creative industry accustomed in practice for more than a decade to a duopoly, frequently confronted in a continuous game of imitation, with priorities that allegedly go beyond the obligation to communicate and that scratch politics and power; the change of era from media to system, is navigating towards a stage of loss of audiences, regulatory delay and a dangerous dependence on advertisers much more versatile, daring and that will surely make the right decisions.

The opportunity now is for those producers who want to experiment, engage digital techniques, get out of a local environment and take risks in a global and interconnected system. It is those who can, with ease, appropriate the new trends of communication, who will be able to captivate more audiences and thus, greater conversions than those accustomed in a linear and traditional world.

No thoughts on “From medium to communication system”