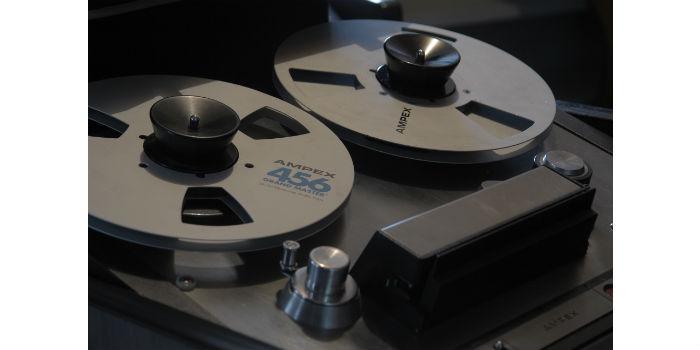 Colombia and Mexico are two of the Latin American countries that have made the most progress in digitizing state archives. It is estimated that they do not exceed 10%.

In 2000, Law 594 was issued in Colombia, which aims to establish the general rules and principles that regulate the archival function of the State. That was the starting point for an interest in protecting the historical archive of audio, video and data saved on tapes.

Ramiro Fillippo, manager of Grabando Archivos, one of the few companies in the region that is doing professional digitization of archives, told TVyVideo+Radio that Colombia's Archives Law is one of the most complete in Latin America along with Brazil and Argentina, although in general, all the countries in the region that have issued a regulation in this regard did so based on the Law that Spain published on this subject.

"Today in Latin America it is estimated that there are 80 million hours on audio and video tapes in the state, between television channels and public radio stations, courts, prosecutors' offices, mayors and other entities. There is another large number of files on tapes to digitize in homes that is incalculable. It is a job that until now is beginning to be done and of which there is eagerness, because the reproductive machines are disappearing and the cassettes are deteriorating, "he said.

And the longer it takes to digitize the historical archive, the more concern grows in this regard, because the tapes continue in their natural deterioration and fewer and fewer reproduction machines of old formats are available.

A passionate "recycler"
Just as the XXI Century began, Ramiro Fillippo was leading his recording studio. After being consulted for a project in the Senate of the Republic, he identified the need generated by the recent Archive Law and that is why during the following four years he dedicated himself to searching and acquiring playback machines of old audio and video formats to create the digitization company Grabando Archivos.

Ramiro Fillippo said that finding a machine is a treasure and there are fewer and fewer. That is why in Recording Files every day they buy machines and archive them to take spare parts that today are not available. Other spare parts have had to look for how to make them in the market. This process made his friends jokingly call him a recycler and even crazy. With the voice to voice of friends, he receives calls offering equipment, both in Colombia and abroad.

"The annual scanning capacity of Recording Files is 100 thousand hours for video and equal number for audio. Today we have machines that play 99% of video formats, we are waiting for the 2-inch machine to arrive to be 100%. In audio we have 99% because we have not been able to find a thread recorder, the first portable audio recorder that existed, "he said.

The problems of working with equipment that long ago stopped occurring grew in 2011. Some of the companies that manufactured these old machines had their warehouses with some spare parts in the north of Japan and after the earthquake and subsequent tsunami that devastated the area that year, it ended with the warehouses, so today it is very difficult to find new spare parts for the old audio and video playback machines.

Ramiro Fillippo said that today they already know the behavior of the machines, so he calculates that they have the capacity to digitize 2 million hours until they are damaged.

Professional digitalization
Grabando Archivos is one of the few companies in Latin America that has a wide capacity to digitize, both in quantity per year and in the number of formats they can process. At their headquarters in Bogotá, Colombia, they make a process that they themselves have developed after years of looking for solutions to the problems they were finding in each project. That is why they define their processes as professional digitalization.

The first step when starting a project is to review the tapes, give them a code and do an inspection to identify which ones are deteriorated from the cassette to the tape itself. Then a cleaning is done ranging from dust with tape cleaning machines, to chemical processes to remove fungi and repair cassettes if necessary, all in order to protect both the reproduction machines and the tapes.

For this process they had the support of chemists who identified how to wash and remove the fungi from the tapes without risk of deterioration. Ramiro Fillippo recalled that in a digitization of 20,000 tapes made for a state entity, 2,000 damaged tapes came out, which were subjected to this process and recovered 1900.

Then the digitization process begins, in which the video and audio are improved according to industry parameters, without altering the standard in which it is located. Next step is the cataloguing that, in the most complex projects such as historical archives, include a historian or expert in the field that is being digitized that allows to identify characters, moments and particular aspects that the client requires.

In the end, the client receives a universal file that can be viewed on any device, both the cataloging information and the audio or video file. In large projects, they deliver the digitized files with an LTO backup, cataloged and all managed by a software to be able to access the digitized information in a simple and practical way.

Due to the sensitivity of the handling of tape files, either because of the material it contains or because of the possibility of deterioration of the tape, the company has developed a system through which they have a portable office that allows them to move the equipment to any city in Colombia or Latin America when the size of the project warrants it.

Another highlight is information security. The company has strict protocols that guarantee that the material will not be damaged by manipulation or the information will be filtered. They consider that security is a fundamental part of the process of digitizing files.

The manager of Grabando Archivos recalled that the first four years of the company were dedicated to collecting machines until the first project emerged with the National Radio to digitize 1000 hours, a very extensive work carried out by Dora Brausin, deputy radio manager of RTVC.

In another case, with a state entity of technical training, Sena, digitized the audio and video material of the Bogotá region. The entity is divided into 20 regional and when they saw the result, the others were interested in the project.

Today the need to comply with the Archives Law and to preserve historical material, made that in addition to traditional media, there are other entities interested in digitizing their archives. Among them is the Attorney General's Office, which is estimated to have more than 2 million hours recorded on evidentiary tapes. The military and police forces also have a lot of intelligence material stored on tape, both audio and video and data and that today are used as evidence in legal cases. And so there are many state entities with digitization needs.

According to the data handled by this Network, the digitization of the state archive can be 5% in Colombia and Mexico, being one of the most advanced countries in Latin America. In the private part there is not much interest in the subject.

Ramiro Fillippo concluded that "digitization is an expensive process, but it is more expensive not to do it because if a tape is damaged, the material is lost. And it is a task that with the passage of time will increase its cost, because there will be fewer machines and greater need to digitize. The future of analog archives in Latin America is about to begin to digitize."

No thoughts on “Digitalization, a pending task in Latam”