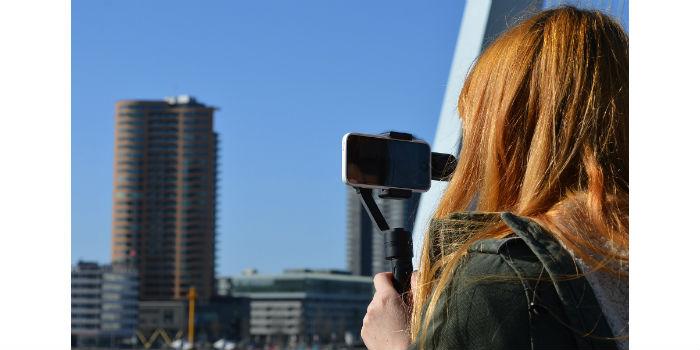 The focus on the user becomes the most important success factor in a video strategy for any window in general, under the premise that building relationships is more important than networking.

Trends continue to reinforce the undeniable penetration of video as the main form of content consumption from any perspective. All people today watch videos on the internet.

The growth of the market share of mobile screens of at least 4.5 inches, the ease of access to information with the improvement in compression, the increase in average bandwidths, the huge investment in original productions of traditional media and OTT distribution platforms, as well as the continuous consolidation and innovation of video within all social networks, among others, they make the consumption of this type of content more comfortable and personal every day.

According to a recent study by Forrester Research, in 5 years 59% of online video consumption will be mobile, in a market where users are consuming longer and better quality content every day.

So, if you have not thought of a video strategy in social networks as the central axis of your objectives for communication, training, sales and others, it is best to start doing it now.

Where to start
If you haven't had experience in video production, don't worry because you don't need it. The fastest growing media in recent years began with a precarious technique from home; and today, most of them have audiences that represent the greatest envy of traditional television channels. Media such as Whinderssonnunes, a Brazilian Youtuber who makes musical parodies and movie comments, achieves in less than 4 hours a million views of his videos and his number of subscribers is almost equivalent to the population of the state of Texas and higher than that of Florida; and Pewdiepie, another example, has a number of subscribers equal to the population of Italy.

On the contrary, if you have had experience in television or advertising, do not worry either, because many of the things you will have to unlearn. A large number of digital experiences from major television channels and prestigious traditional media have failed in the attempt.

The best media today is social media. Social networks are mobile and mobiles are personal. The contents are now more personal, intimate and interactive. It is for this reason that the best tone to connect is one that addresses face to face with the audience.

A Google study stated that consumers are now 40% more likely to accept and share messages on their mobiles than on any other device, so we must learn to connect in a new way.

There are four fundamental axes today that you must take into account to guarantee the success of a video strategy and that are summarized in the USER theory: Ux (User Experience), Storytelling, Digital Strategy and Technical Resources.

We will concentrate on this first part in the first two: Ux and Storytelling.

UX, User Experience
The focus on the user becomes the most important success factor in a video strategy, whether for social networks or for any window in general, under a very clear premise, the construction of relationships is more important than networking. Everything we do in communication should be geared towards strengthening trust and building relationships with the right audience through the right messages.

The important thing is not only the number of views, these do not represent sales. Relationships are built by encouraging interaction and conversation that are almost personalized; with content based on information, data and research valuable to the user, the result of disciplined organized pre-production work; with constancy and consistency, without losing the objective as a fundamental focus and persisting frequently and continuously in the digital presence: publish continuously. This is like a marriage, if you get married and don't work on the relationship, you will surely divorce soon.

A 2015 Microsoft study showed that humans' attention span has dropped to 8 seconds, one second less than goldfish. Whether this is true or not, we must take it into account when it comes to video. If we do not capture the user in the first four seconds, we will have lost the investment and the user will have clicked on another site. Experiment, publish, measure, understand, and reorient, but start.

Make a benchmarking of what your industry is publishing around the world, do not copy ideas, adapt them to your need, to the culture of your audience, create reward mechanisms and games, always taking into account that the user enters everything through the eyes. Do not forget that your content must have something fundamental: "Meaning".

On the other hand, the duration of the contents and the relevance, as well as the format of these, for each of the social networks must be strategically planned. While a portion close to 63% of users visit Twitter or Facebook to receive news and find out what's going on around them, according to a Pew Research Center study on Social Media and News, Users of YouTube, LinkedIn and Instagram come to these to perform particular searches on the topics that interest them or be inspired by what they see. The recent launch of IGTV reinforces Instagram's interest in deepening its relationship with users, offering longer-lasting User-UGV Generated Videos and the purpose of competing in the mobile market with YouTube, with a vertical format that we will talk about in the next installment. The format and narrative must be in accordance with the medium where you publish.

Storytelling
Use your own cat in the story. The participation of these felines in video has always been a common feature among the most viewed videos on digital, and we must learn from them to find the cat within our own story. Enjoy the construction and production process, if you enjoy it, your users will probably do too.

And what a cat looks like:
Entertaining: if you don't entertain, you don't connect, and if you don't connect, your user will be gone in seconds as well. Use smiling talents, which connect with the look. Lead your actors without fear. Repeat the scenes as many times as necessary until you find the tone. The story of the video, and how you tell it, is a reflection of what your organization or you stand for. Deliver relevant and novel information to the audience. PlayGround, BBVA with El País, Hashem Al-Ghaili are examples to follow.

Exciting: surprise. A cat is fast and changes planes quickly. It does not mince words but goes to the point, does not let the user take off from the player. But in the meantime, it touches the emotions of the audience, touches and attracts. People identify with other people, reactions, surprise and humor must always be present from the construction of a concept to the libretto in its proper measure.

Authentic. Be it you, it's the best way to build relationships is to show things as they are, with disinterest so that people want to share what they see. Whatever your production, oriented to branded content with visual effects, a tutorial of medium complexity, or a typical influencer video made with a mobile phone from your own room, authenticity adds value to any content strategy.

Creative. Integrate the WOW factor into your narrative, play with audience, technique, real-time interactivity, blueprints, urgency. Keep in mind that when we talk about social networks we are not staying inside the box. Think outside of it, not only YouTube lives the video, there are also other alternatives such as WhatsApp, text messaging, Messenger and other networks.

Discovering that feline factor is also essential to quickly capture attention. Always keep in mind that every story that engages, entertains and educates. A cat by itself is a Click-To-Action (CTA) for a like. What is your CTA from the story you are going to tell?

In the next installment we will talk about Digital Strategy and Technical Resources. The importance and strategies for content to be indexed on the internet, can be measured and reoriented, experimentation as a method to find better invoices and tones. Post-production, music and effects and 1:1, 16:9 and 9:16 vertical formats as standards that are here to stay.

No thoughts on “Social Media Video Challenges (I)”