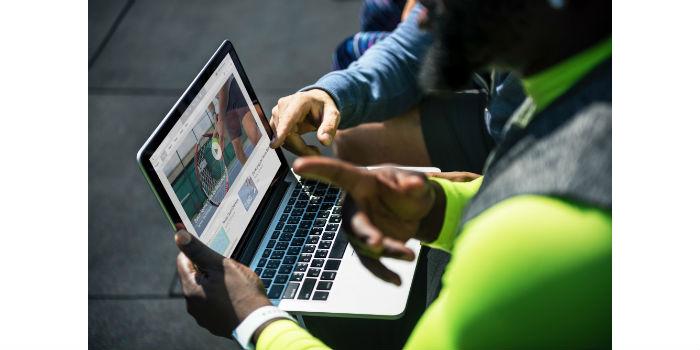 Detailed content planning is essential when it comes to obtaining results. A good script results from understanding communication needs and knowing the audience.

Learn, entertain, engage, teach. All of these things are made easier if you harness the power of stories to communicate. Fortunately, everything from the most intimate and personal, to the corporate and massive, is about human beings, with feelings, desires, fears and dreams.

A couple of years ago we were sought by the director of a firm in the hydrocarbons sector, who periodically hold a conference to share their results and goals with their employees, during a day that they described as enormously boring for them and their collaborators, and to which they also connected -or subdued-, via streaming to all employees in the fields and even outside the country. They sought to make this a memorable experience in which employees engaged with the company.

At this time, with the communications team we decided to give a 180-degree turn to the focus of the event. We investigated the goals that the company was proposing in each of its essential fronts: production, human resources, social responsibility, finance and supply, and instead of making a presentation of the results and objectives of each of these areas, we decided to tell the story in a digital and cinematographic format, of five employees who, for some reason, in each of these areas, it would have had an impact on the organization.

Five days before the event, a summary of five human stories went viral among the company's employees; and for the event, the five employees would have become the most admired people in the organization, not precisely because of their results or performance, but because of their family and personal history that very few knew. It was they who, after screening their videos, presented the results of each of their areas and the corporate goals for the following period.

Storysharing
This is how we went from a concept of Storytelling to another of Storysharing. Moving from counting to building collaboratively in an environment that favors connection.

In evaluating the results of the entire exercise, management was surprised by the good feedback they got, exceeding all the expectations of their audience. The feeling of commitment was such that eight months later, they fulfilled above expectations almost all their corporate objectives, and for this reason, they repeated the event with the same dynamics, they selected the stories of the employees they were going to tell, from an internal call they made and for which more than 80 collaborators registered. But what is the secret of all this?

The stories they sought to tell had a common denominator. All were based on one of the following elements: a dream to fulfill, a family problem, an important competition won or lost, a "hero" of the common, a great learning in which the company has also been the protagonist, something very fun, a challenge, a rebirth, a difficult opportunity to take or a hope. The manager made his own video where he transported employees within a narrative of "what would happen if we met our goals", with an imaginary where he put his community to dream about him.

Storysharing not only favors connection, but with elements that push co-creation and interaction, the effects are even deeper. In a recent article, Ocho Aguilar stated that the emotional component of storytelling impacts brain chemistry, increasing the probability of remembering something, from 5% of anything common, to 65% when a story has been told.

During the event, interactive digital tools were used that allowed all employees of each place to ask questions in video through instant messaging, and that would then be taken to audiovisual production. This was the event with the largest participation in history. The videos of the conference were clipped and became an internal "trend" in the company within its own network. The clips related to the goals served for employees to internalize their objectives and surely their results to some extent will be better and better thanks to this different dynamic, which they now repeat meeting after meeting.

This company found a tool to build collective memory around its objectives and goals, managing to improve its results. Including Storytelling within its narrative, made you see the human history behind the organization, using interactive digital resources that would not have even considered them before. These resources appear in permanent cascade in the network and can be a source of inspiration for many organizations that want to make digital transformation starting from the human of technology and communication.

A few weeks ago at an event for another company in the same sector, we helped in the execution of an interesting exercise with an online trivia, in which the employees present at the event, also those who were via streaming and videoconference, participated in a real-time contest of multiple choice questions.

It is this type of technology that must begin to be adopted to convey messages and obtain results in an era in which we are oversaturated with information. Short times, strong messages and human stories.

The common denominators of the stories that we mentioned above, are the fundamental elements in any storytelling exercise and incorporating them into the day to day communication of an organization, in an audiovisual production or in a live event, is just a matter of creativity and planning.

"If you don't know where to go, it doesn't matter which way you take," Alice in Wonderland said.

Detailed content planning is essential when it comes to obtaining results. A good script results from understanding communication needs and knowing the audience. A good character, it results from elaborating their stories, emotions and reactions. A good Storytelling, results from intertwining all this in a narrative universe oriented to fulfill each of the strategic objectives set.

In addition to the elements mentioned above, I want to pick up on what I mentioned initially when we were talking about Storytelling when introducing the User theory. All creative resources should be geared towards entertaining the community authentically, through emotions such as surprise and humor. Inspiring from the emotional, whether to encourage purchasing decisions or to make a firm's employees commit to management, turns out to be the most powerful Click-To-Action.

No thoughts on “Storytelling (uSer)”