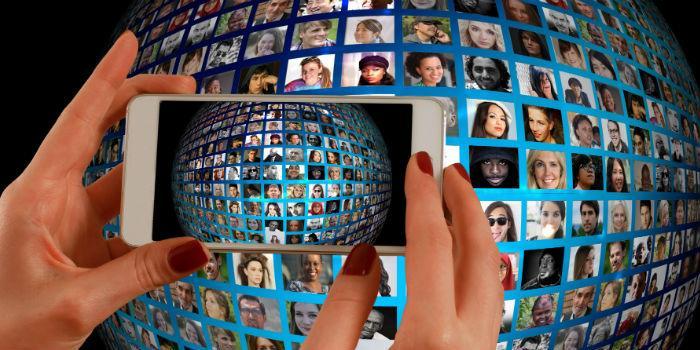 Before the advent of OTT, online video delivery was only limited to PCs and some upper-tier mobile phones. Now the TVs are connected, entering the OTT space.

OTT is the latest technology that makes it possible to distribute "Over The Top (OTT)" video content from all conventional distribution technologies. It does this by transmitting streams of data that use HTTP (Hyper Text Transport Protocol), a protocol used for decades to transport web pages over the Internet.

HTTP is based on TCP (Transport Control Protocol), a secure connection transport protocol that has more practical elements than the popular UDP (User datagram Protocol). The TCP connection allows anyone with sufficient web hosting capacity to broadcast audio and video content to a worldwide audience over the open Internet.

In its simplest form, OTT is fundamentally an alternative technology that allows the replication of the repertoire of traditional entertainment content but in a fully digital context.

OTT consists of the delivery of content through internet connections, both fixed and mobile, replacing the BROADCAST TV spectrum or dedicated cable, fiber optic, or satellite networks.

Although OTT technology mirrors traditional video content, its digital domain allows for many proprietary features and elements that are not possible in over-the-air, cable, or satellite distributions.

Some Technical Details Of OTT
HTTP is the protocol that was used as a transport solution for video on demand (VOD) media contained in web pages, especially on sites based on Adobe Flash, such as You Tube, Hulu and Dailymotion. However, it is very important to note that these solutions do not stream in real time, basing their operation on the so-called progressive downloading of media content files.

In this case, the browser downloads the file from the HTTP web server and when it has enough information, it starts playing the content while continuing to download the rest of the file. The biggest disadvantage of this form of operation is the long time required to fill the initial buffer. Another problem associated with HTTP is the quality of the streaming, which depends on the IP connection. Content streaming is subject to stagnation if there are fluctuations in the available bandwidth, leading to image freezing. This makes it almost impossible to broadcast live content over the Internet.

The principle of operation of OTT is to work with video streams or files based on TS (Transport Stream) streams. While an OTT container uses mpeg transport current (MPEG-¬‐TS) for video, AAC is used for audio, both of which have been widely used in the broadcast industry for many years.

Another strength of OTT is its ability to implement the intelligent adaptive bit rate. Here, it is the end user's device that decides the quality of the streaming, based on the available bandwidth, and not the video server, as was traditionally done. This technological solution allows to achieve uninterrupted video streams, thus achieving a very positive user experience (QoE) through an unmanaged network (example, Internet).

Until recently, live broadcasting was therefore restricted to carrier-managed IPTV networks that employ the lightweight UDP multicast protocol. The entry of OTT technology into the world market, however, has brought with it a new approach and it is now possible to achieve levels of streaming quality over HTTP that allows live content in broadcasting over the Internet network.

In OTT, an index file is generated indicating different profiles (streaming qualities) available for a channel/content file. On the other hand, the receiving device (PC, mobile, STB) looks for the most appropriate bit rate, based on the time required to receive a file block. Each block of file lasts about 10 s, so the receiving device can automatically adapt the streaming flexibly in that time.

OTT streaming has brought with it a new technological approach that now allows levels of streaming quality over HTTP never before achieved and that make it possible for live content to be sent via broadcast over the Internet network.

Why the nervousness in telecom companies with the emergence of OTT?
Until very recently, the delivery of high-quality video was monopolized by companies that work with managed networks, for example telecom operators (telcos) and Internet Service Providers (ISPs). The revolution occurred in 2002 when the company FastWeb (Italy) proposed the offer of large-scale video over IP.

The emergence of OTT technology meant that a managed network is no longer imperative for quality-of-service (QoS) video delivery. This implies an open threat to telcos who fear "disintermediation" (i.e., the elimination of intermediation in the video delivery chain – referring here to networks operated by administrators) being relegated to simple internet bandwidth providers, a position they have been radically opposed to for many years.

There is, however, a perfect OTT opportunity for telcos. Many of them are currently building new offerings that allow them to reach new users, and still extend video offerings to subscribers from other ISPs.

On the other hand, OTT technology can be seen as the enabler of a multiscreen convergence, delivering video content to different user devices since HTTP is used in both PCs and STBs, connected TVs and mobile devices.

Content providers have been at a disadvantage in the battle of telco vs. broadcasters over end-user management while telcos have gained a significant advantage through IPTV technology and VOD offerings, including triple play packages. With the advent of OTT, content providers will be able to regain a foothold by marketing and delivering their content directly to connected TVs and mobile devices.

Other important advantages of OTT technology
Before the advent of OTT technology, online video delivery was only limited to PCs and some upper-tier mobile phones. It is now possible to observe the emergence of so-called connected TVs, entering the OTT space. Connected TV allows consumer electronics manufacturers to bring new value to TV delivery by enabling direct contact between users and content providers.

Mutual agreements were created between TV receiver manufacturers and content providers to enhance their mutual offerings. Another new market for OTT content is tablets. The tablet war, started with Apple's iPad, will continue in future years with fierce competition between hardware and software manufacturers.

Another emergency example of new entrants ready to take advantage of the opportunities offered by OTT are retailers who currently hold market share of fixed and mobile telcos, and MVNOs (Mobile Virtual Network Operators). Both possess a strong user base with a local presence, and their core business is delivering devices to consumers such as TV receivers, tablets and other video equipment to connect. The OTT is able to allow them to improve the management of their relationships with consumers through a complementary video offer, linked to the electronic devices that they themselves distribute.

Major players in OTT technology
OTT technology remains today a technological battleground where no clear winner has been highlighted. The four containers of advanced OTT technology, such as: Apple HLS, Google WebM, Microsoft Smooth Streaming and Adobe HTTP Dynamic Streaming, all come from the Internet market sector, totally devoid of links with the broadcast and telecommunications industries.

In 2010, 3GPP and OIPF published their own specifications for adaptive streaming protocols; Adaptive HTTP Streaming (AHS, part of 3GPP R9) and HTTP Adaptive Streaming (HAS), however the adoption of these protocols has not yet occurred. The MPEG-¬‐LA and ISO organizations have taken the lead in creating a simple cross-¬‐industrial standard in order to unify adaptive streaming over HTTP protocols: MPEG-¬‐DASH (Dynamic Adaptive Streaming over HTTP). The first writing on DASH specifications was published in February 2011.

Due to popular demand, MPEG-¬‐DASH introduced an optional feature: the initialization segment. The initialization segment is an MPEG--TS format that contains a simple program, its program-specific information (PAT, PMT), and some optional codec and DRM information. The advantage of this is that duplication of this information in subsequent media segments is not required. This has the huge advantage of faster switching between channels, which contributes to a substantial improvement in experience quality similar to switching channels from traditional analog TV.

In this contest of different OTT-based technologies it is very difficult, currently, to know which of them will dominate the future of OTT (regardless of which of them is really the best!). This is because these technologies are promoted by very heavy participants in the telecommunications industry and therefore each one is creating a great impact on the market.

No thoughts on “By OTT, is the current TV shaking?”