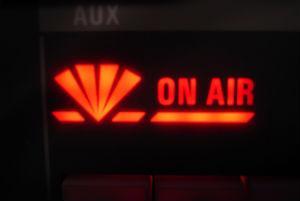 The ability to share the same audio between multiple studios, locations or scenarios without degrading it and carrying it through a CAT5 or CAT6 cable and being able to return audios in a bidirectional way in a network, makes AoIP the flexibility dreamed of.

It is evident that audio technology continues to develop rapidly in all professional areas and at the level of mass consumption. The approval of the AES67 standard for Audio over IP (AoIP) communication is an indication of the importance and development that this highway gives us in the world of professional audio.

In Telos Alliance (AXIA) an AoIP (Livewire) solution has been presented since 2003 when unbelievers claimed that it was impossible to carry professional audio over networks using equipment commonly found in the IT industrial world and thus lower costs in the equipment to be used without degrading, losing fidelity or adding notable delays in the audio signal.

The benefits and benefits offered by AoIP are obvious: Low cost in the facilities, speed in configuration and assembly of equipment, flexibility to make changes immediately and grow in a network in a simple and fast way. The concept of wiring and connectors is greatly facilitated.

The availability of audios and immediate access without the need for external routers accelerates the movement of audios on the network and the audio can be carried without compression with only the conversion in linear form dependent on sampling and bit rate.

The AES67 standard offers you interoperability between companies to move audio with transparency as the AES3 standard (XLR) was for so many years and that has remained in time due to its limitations.

The ability and beauty of sharing the same audio between multiple studios, locations or scenarios without degrading it and taking it through a CAT5 or CAT6 cable with RJ45 connectors and being able to return audios in a bidirectional way in a network  (the same cable) makes AoIP the flexibility dreamed of, also without worrying about bringing 'HUM' (noise induced by the electric current 50/60Hz) to the line or external noises.

Engineers and technicians, as well as those in charge of designing studies must understand networks and configure the order of the equipment by organizing the IP addresses accordingly.

Without going into detail in depth, the QoS (Quality of Signal) offers the priority of movement of the audio through the networks, ensuring between ports the acceleration of the arrival of the audio without falls or pops / unnecessary noises. With QoS802.1 P/Q we can ensure audio mixing, control and data traffic on the same network by offering a high degree of priority to audio packets.

With Livewire+ we can find the compatibility with the AES67 standard plus the ability to carry information of available audios and control (GPIO) in the same network.

The elimination of audio cards to transfer the content of programming directly over networks without having to make unnecessary conversions to audio and the possibility of having multiple bidirectional audios on the same network -(Table 3) - make AoIP a reality in how immense and fast this technology is changing the infrastructure of audio studios and facilities.

There is a range of equipment at affordable prices from a basic installation to very sophisticated and remote remote installations, to be able to interconnect audios at the broadcast level that allow Latin America to continue advancing in the conversion of digital installations and in this case AoIP (Audio by IP) installations.

Juan Punyed is the regional sales director for The Telos Alliance.

No thoughts on “AoIP reality in Latin market ”