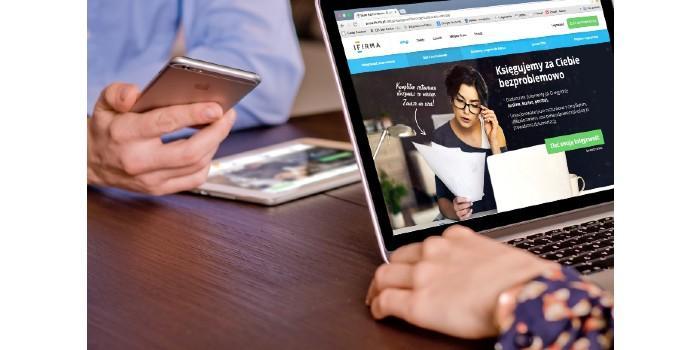 The increasing fragmentation of users, as well as the proliferation of distribution platforms, have led to experiments to reach different types of audience.

The presence of Information and Communication Technologies, ICT, in contemporary society is undeniable, they are there and are predominant elements in the technological culture that surrounds us and with which, on a daily basis, we live; hence, it is already reiterative to point out the increasingly relevant role that these have in social media or mass media, and interpersonal media.

Variables, versatile and with incessant technological evolutions, ICTs induce decisive transformations in economic, political, social and cultural structures, and affect, with increasing impact, in all human areas, so it is increasingly difficult for us to develop efficiently if we renounce them, even in aspects such as leisure, communication, information, the very way of perceiving reality (Graells, 2000).

In accordance with the above, this article considers two particular cases of the incidence of ICT in the narrative structure of audiovisual content, based on the impact of the Internet, mediated preeminently by mobile phones, thanks to interoperability between the media (Barbosa Filho and Castro, 2008).

In fact, what is proposed is, on the one hand, the experimentation of languages and formats; and, on the other, the exploitation of the narrative potential of digital media, which leads to new possibilities for the dissemination of digital audiovisual content to reach new audiences. In this way, it is stated that "the language of the audiovisual is built together with the evolution of the media and the use that audiences make of them when they interact with the resources provided by those media" (Freitas and Castro, 2010: 36).

Content, the Australian series that experiments with vertical video

How to tell an audiovisual story of an egomaniacal millennial determined to become an online influencer, whatever it takes? The answer came from the Australian Broadcasting Corporation, ABC, Australia's national television channel, which recently began experimenting with a type of storytelling that did not even have a defined name, so the producers decided to propose a name for this experiment: vertical video show.

According to Podger (2019), Content was a proposal by the independent film company Ludo Studio to tell a story from the perspective of a smartphone, and that abc executive producer Que Minh Luu liked.

The components of the series concentrate on a first-person narrative, the use of videos and photos captured on the screen, social media posts, video calls, and searches on Google and Tinder. For its part, Buckmaster (2019), describes this Australian "vertical" show, as a series that develops completely from the perspective of the smartphone of an aspiring influencer.

Content executive producer Que Minh Luu describes the premise of this as a narrative technique similar to found footage, with a structure similar to that of a conventional movie and then everything is put on a phone, with the aim of showing those stories about the way people use phones, and how integrated these are into our lives, the secrets they keep that only they can tell. The series is designed so that it can be seen on Smart phones and on those platforms that are most often used by young audiences: Instagram, YouTube, Facebook and Twitter (Podger, 2019).

The series recounts the adventures of Lucy, a brisbane girl, and her social media posts, video calls and various online events, as well as all the actions she performs on her smartphone, including white spaces and things she deletes, elements that provide users with a kind of digital window into Lucy's mind (Buckmaster, 2019).

It should be noted that, according to figures from the Australian Bureau of Statistics, ABS, in Australia, by the end of June 2018, there were 14.7 million Internet subscribers representing an increase of 3.6% since the end of December 2017; likewise, fiber optic connections grew by 22.4% in the six months between December 2017 and June 2018. Fiber optic growth for the year to June 2018 was 69.8%, reaching 3.6 million subscribers.

While, from the figures described above, it was a good idea to propose a project of the features of Content, a vertical series for mobile devices, "getting the public and financiers to understand and support the concept took almost two years to reach millions of users who access social networks through their mobile devices" (Podger, 2019). To do this, Ludo Studios carried out, for several months, test projections in focus groups to observe and determine the reactions of viewers, where it was discovered how viewers responded when, while watching content, notifications from their own devices appeared on the screen, mixed with those of Lucy (Buckmaster, 2019). According to the ABC Think Tank, "the new show brings vertical video to areas that had not been used until now by news programs" (Podger, 2019).

Some of the conclusions of this Australian experience can be highlighted, which, in the first place, exposes how dizzying technological changes can be and, similarly, how these changes generate innovative media processes, capable of experimenting with new tools and platforms such as the case of vertical video; secondly, following the approaches of Jenkins, Green and Ford (2013), it is evident that the increasing fragmentation of users, as well as the proliferation of distribution platforms have led to experiments to reach different types of audience.

In the next installment, the second case of audiovisual experimentation with the emergence of Quibi, the short-form mobile video platform that will exclusively produce series and programs for mobile phones.

No thoughts on “Ruptures in production paradigms”