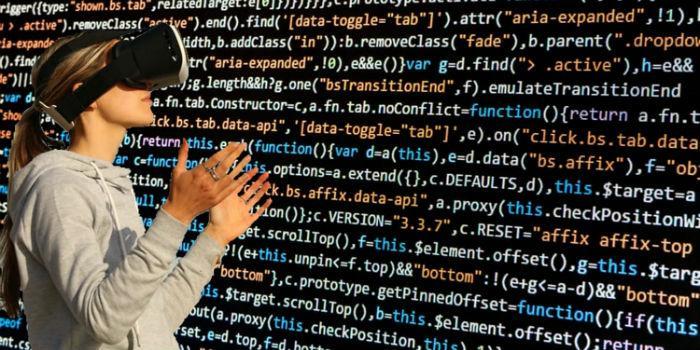 Virtual reality could have a place in traditional television if it manages to adapt to some conditions. But it is clear that its applications are different.

For some years now, virtual reality has been taking over the most important fairs in the audiovisual industry. The novelty of the sensations it offers have made it open the way to massification, but it is not yet clear what its future is.

TVyVideo+Radio spoke with experts from three companies that are working the development of virtual reality. And all agree in ensuring that the main applications that this technology has today are entertainment, video games, museums, medicine and a commercial approach to the launch of products or the positioning of brands.

Marcus Behrendt, CMO of vrTify, said: "Every day we see new industries in which virtual reality is impacting. Today it has already caused a disruption in the video game industry, entertainment (especially in music), education, psychology and tourism. Additionally, cinema and sports have been added, among others."

Richard Lucquet, Head of VR/AR Product and Strategy at Verizon, explained that this is a technology applicable to many fields as an immersive experience to accelerate the sales cycle or to improve the user experience.

"Because the technical barrier to entry is low, many gaming and entertainment applications can flourish on mobile. VR is now accessible to anyone with a smartphone, a data plan, and even a cheap cardboard headset. However, for the full experience including 6DOF, a dedicated setup like Oculus Rift or HTC's VIVE headset and a rugged PC are required. A user will need a dedicated 10x10 space and specific sensors installed within a room," he added.

Monetization of virtual reality
One of the questions that is always present when developing a new technology for audio and video, is how to make money with it? And obviously it is also present with virtual reality. The Verizon representative maintains that "most of the money to date still comes from the brand's sponsorship and advertising."

There are other forms of monetization common in the entertainment space. At concerts and sporting events they are selling virtual tickets. In education, museums are offering VR exhibits at an additional fee.

According to José Luis Acha, director for Latin America of the company SGO, "who has to monetize the content in VR is the entire value chain. There are many articles where it has not yet been possible to define what the return will be but it is reasonable as it is a genuinely new market. Only video games know what monetization will be today but they must also design their strategy well so as not to make mistakes that penalize their performance."

In this topic, the company VRTIFY is working on 4 well-defined models that allow artists and content owners to monetize their works: advertising within their own platform, with sponsorship within the immersive channels of each artist, pay-per-view of the content (for example live concert) and memberships (access to premium and ad-free content).

VR on TV, how possible is it?
In the last decade, different audio and video technologies have been developed and massified that have a direct influence on traditional television, including some considered as a 'threat'. That's why we asked the three experts if a relationship between virtual reality and television is possible.

José Luis Acha: "I think so, but the filmmaker must understand that it is a new narrative and that the pieces should not be very long, 8 minutes maximum according to my opinion. If television adapts to these formats, VR will have its television niche.

Richard Lucquet: "Television can present a field of view of a 360 scene and the remote control can be used to direct where to look. Technologies also exist to synchronize what a viewer can see while immersed in a headset so that others around them can enjoy."

Marcus Behrendt: "For now today all the content that is within the VRTIFY platform is also available in 360º on SmartTV. We are working together with technology partners to transform television (flat content) into an immersive experience (360/3D content) through applications and viewers."

Will VR have the same future as 3D?
In order for users to enjoy virtual reality, it is necessary to use systems and headsets. In the market today there are simple solutions, either through a cell phone and compatible viewers (Android or iOS), or a console or PC and its compatible viewers (Oculus, HTC, PlayStation VR, etc).

In addition, José Luis Acha stressed that "I would talk about a basic element for a user to enjoy virtual reality. And I sum it up in two words: quality and perfection. A virtual reality product has to have maximum quality and must be perfect in its post-production so that the user does not notice any 'discomfort' while enjoying the experience."

Precisely these two factors, special viewers and perfection in post-production, make necessary the question of whether virtual reality could suffer the same fate of 3D, technology that had its boom a decade ago with cinema, 3D televisions in homes, used even in the 2010 FIFA World Cup held in South Africa.

But soon the technology collapsed and today there are few real applications it has. Some claim that it was due to the high cost of production and others because of the fatigue in the eyes that produced the required visors. That is why it is worth asking how many possibilities virtual reality has to run with the same fate.

Richard Lucquet stressed in this regard that the immersive feeling that is obtained from VR is much greater than with 3D. Positive feedback from consumers shows that they are willing to deal with extra lenses, because at the end of the day, the overall experience is worth the extra hardware.

"To be sure, there is still a long way to go to be able to wear the lenses for long periods of time. Resolution and refresh rate is still a point of fatigue, more so than using the headset. The experiences are not long yet," he said.

What to expect from virtual reality in the future?
It is clear that virtual reality is an eye-catching technology but it is still in development. There is a lack of definitions in terms of technology, applications, monetization models and improving hardware to allow a longer dive. But what is clear is that the stakes for its development and massification are high.

According to the representative of VRTIFY, it remains to be seen which technology will predominate within immersive realities: augmented, virtual, mixed or other reality, or if there will be a fusion of them, but it will undoubtedly be a technology that will change the way of consuming and experiencing the content, allowing the user to go from a passive state to an active state and part of the same content, choosing for yourself the adventure or experience you want to live.

Finally, Richard Lucquet concluded that "VR will be the next computing platform after the mobile phone. Look back and see how users are spending their time with TV, computer, and mobile; We see the trend less and less for television, less for the computer and the displacement to mobiles. It's because mobile offers everything you get from your TV and computer on one device, and more. The next change will be to VR."

No thoughts on “Definitions on virtual reality are missing”