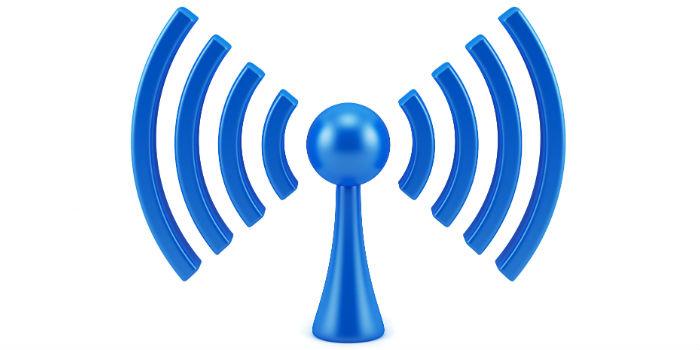 In this article the reader will be able to analyze some technologies that are available in the market. It is not a criticism of systems or brands, it is an objective evaluation of the solution, so that each user or technician can make a decision.

In recent years the professional audio industry has taken audio transmission on wireless networks seriously. And it is that not having cables in the scenario improves and facilitates the operation of any event, but are we sure of this? We see how different manufacturers have launched new technologies and elements that improve quality, although some doubts arise at what cost? What are the implications of having wireless networks? What are the implications of using new technologies?

Before we start with the evaluation, let's start with the user, when to have a wireless system? Wireless systems are used when there is mobility, when the person needs to move around the entire surface without danger of the cables becoming entangled. This means that if you are going to leave the microphone located on a static base, and the person is not going to move, avoid using wireless systems, as you will have a greater expense in production and can significantly increase RF problems.

Remember that when you have 2 or more wireless microphones, they generate interference called intermodulation, and they are basically frequencies that appear by the relationship in the RF spectrum. I will not delve into the subject, but this is solved with the protocols and management software of the manufacturers. Let's not forget that every time the RF spectrum is narrower, since digital channels and cellular telephony are occupying them.

In the United States, the FCC (Federal Communications Commission) has just banned the 600 MHz band. So now there's less operating space but everyone wants more RF channels. RF spectrum is not renewable, once full there is no way to expand it.

Analog or Digital
The industry has not decided which is the best model of transmission, sending analog waves, or data frame in digital format. I think it depends a lot on what the production wants, but I make some recommendations.

No matter what format it is sent in, check the frequency range first. There is no point in having a digital system if it is in a band saturated with RF information. If you have already decided in which band you want to broadcast, let's look at the options that the two models give us.

In the analog a carrier wave is generally used and accompanied to this wave, over the same distance, two frequencies are sent. For example, if the carrier is at 600 MHz, the information is sent at 599.5 MHz and 600.5 MHz (example mode) and the receiver receives these 3 frequencies. With the accompanying frequencies it analyzes if it is the transmission that waits and receives secondary information such as battery status, name, among others. So, if the system is analog it will have a greater or greater occupancy of frequencies.

Now, if the system is digital, it usually receives only the carrier wave, since in the frame of data bits (ones and zeros) is the identification of the transmitter, it does not require accompanying frequencies. It is also more protected to the signal-to-noise ratio than analog systems. An analog system requires being 30 dB above the noise to be heard well, digital systems only need to be above 20 dB (10 dB is a lot of the difference).

But perhaps the most notable difference is that digital systems do not have a filter called "compender," which "compresses analog transmission" to optimize the communication resource. As it sends a data frame, generally digital systems transmit between 20 to 20 KHz, while analog systems significantly reduce this acoustic bandwidth.

A problem with digital systems is that they have a higher latency than analog systems, sometimes it is not dramatic. Well, it is usually not dramatic, but in some tasks it can be, such as measurement, control, checking.

What to take into account when purchasing digital transmission?
It is the responsibility of the manufacturer and the user to know the pros and cons of any system that is to be purchased. In digital transmission there are small prints that must be studied judiciously.

High channel density utilization: this means that digital systems could increase channel density. But be very careful, to achieve this you have to make sacrifices, and the first is to reduce the power of the transmitters. By reducing the power, the range (distance) and the possibility of evading obstacles are reduced.

Better control of the system: with digital systems there is the possibility of performing a better control, in some systems this is done automatically using two transmission frequencies, in other systems the control antennas must be acquired separately and have the appropriate transmitters. How cost-effective is it to locate more networks?

Different frequencies outside the commercial spectrum: digital systems allow to transmit in very high frequencies, some do it in the 1.9 GHz, others in the 2.4 GHz and even reach 6.5 GHz, for this you have to have the following recommendations: the higher the frequency, possibly the distance range decreases and the possibility of evading obstacles is less.

If you use the 2.4 GHz range you are taking up the same space as Wi-Fi and Bluetooth transmission. The ideal is to use automatic control systems. My recommendation is to try to get out of commercial UHF bands to avoid inconvenience in the future. Although with wide spectrum systems it gives us the possibility to look for clean frequencies more easily.

Wireless systems deserve our attention. Ideally, each company should have a person responsible for RF networks, and that they should be monitored with the different technological aids offered by the market. Every day new technical articles, tools, trainings come out. Make use of these resources and thus be responsible for your RF spectrum.

Remember that you can use my contact information jtamayo@atus.com to resolve any questions or concerns you may have. I hope this column will be beneficial for the development of live events or installation.

No thoughts on “Recommendations for the use of RF”