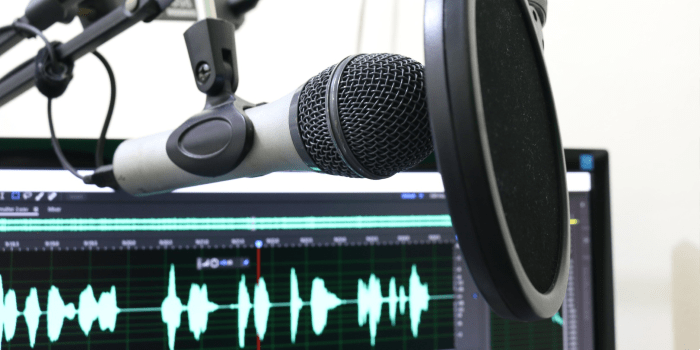 This new on-demand technology offers broadcasters different opportunities, allows them to explore new program formats, as well as the creation of new talent.

Like blogging, which allows computer owners to become freelance reporters, podcasting is a technology that makes it possible for virtually anyone with a PC to become a radio jokey, a discussion show host, or a recording artist. Thanks to the Internet it is possible to have your own radio show, where songs are heard by the great masses.

The podcast began to become popular among the technically literate and then reached the general public. By connecting to the Web with different podcast sites it is possible to download content ranging from music to philosophy and sports. Podcasting combines the freedom of blogging with digital audio technology to deliver an almost unlimited amount of content. This new technology has managed to democratize the world of radio, managed for many years by large corporations.

Podcasting is a free service that allows Internet users to download music files, typically in MP3, from a podcasting website and listen to it on a computer or personal digital audio player.

The term podcast comes from the combination of the words iPod and broadcasting. Although this term derives from the iPod, you don't need to have an iPod to listen to music. You can actually use virtually any portable media player or computer.

Unlike Internet radio, podcast users do not need to tune into a particular channel. Instead, they download the podcast file on demand, or subscribe via RSS (Rally Simple Syndication), to automatically receive the podcast on their computers. The technology is similar to that used in TiVo, a personal video recorder that allows the user to define the TV show they want to record for later playback.

The podcast, which has its golden age at the moment, offers great opportunities and challenges for broadcasters. This service is growing like never before as there are fewer and fewer consumers listening to traditional radio. Everyone is focusing on new technologies on demand, especially the new generations.

Experts have reported that 17% of adults in the U.S. U.S. consumers connect to the podcast for a typical week. In contrast, 12% of adults in Britain use podcast services every week. Recent research has shown that podcasting is growing steadily in all countries and the trend is firmly upward. This growth is also due to the wide spectrum of content it offers.

It is no coincidence that today broadcasters are the great podcasters. NPR leads this trend, with 147 million content downloads in December 2018. The BBC is estimated to be the second largest broadcaster in the world employing podcasting. About one-third of a country's most popular radio broadcasters are podcasters. For them, podcasting offers content already served with the advantage of providing easy access to audio fans.

This new on-demand technology offers broadcasters different opportunities. For example, podcasting allows you to explore new program formats, as well as the creation of new talent. There are currently broadcasters on the market who produce podcasts paid for by advertising agencies, making a profit by advertising these new podcasts on the air.

However, the podcast market remains immature as approximately 60% of all podcasts are consumed via Apple Podcast; this global giant also runs an open podcast directory that powers many other podcast apps, on both iOS and Android. With this, Apple currently controls 90% of the market.

A reality today is that the consumption of podcast content in cars is growing rapidly in the world and thanks to it the connection of smartphones to car stereos becomes easier. According to some experts, there is clear evidence that podcasting is replacing radio. According to the Measurement of Internet Delivered Audio Services (MIDAS) the consumption of podcasting content is the highest as of 8:00 in the morning.

Looking at the low relative consumption figures of podcasting still, one would be tempted to say that radio has nothing to fear; that the podcast is more of an opportunity for broadcasters than a threat.

However, continuous changes that are currently happening in culture, audience and technology can easily catalyze the process of acceptance and propagation of podcasting in the world market, giving a great surprise to radio.

No thoughts on “Will podcast replace radio?”