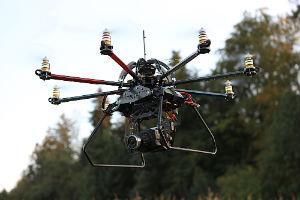 Unlike what has been experienced in the United States and Europe, high freight prices and tariffs in Latin America hinder the rapid penetration of camera stabilizers in the region, the equipment that increasingly delivers newer solutions to professional image capture.


For many years, film and television have shown the world excellent audiovisual productions, recordings in remote places, high-speed chases and landscapes filmed from the sky. They are images that make the viewer an almost omniscient observer of the plot he is seeing.

These almost dreamlike illustrations are possible thanks to the different camera stabilizers, a tool that although it can go unnoticed, is the one that gives the professional quota to each of the image captures.

Currently, there is a wide variety of stabilization systems for the various camera models, both professional and semi-professional. Among the most innovative are aircraft for aerial image capture.

The main development in recent years was to make the designs have more lift and the ability to carry more weight, said Linda Bulk, director of Droidworx Limited, a company that manufactures aircraft for cameras.

"The popularity of camera-equipped multirotors is growing more and more around the world, as it is not only a valuable instrument for television, film and documentary professionals, but thanks to their 'bird view' they are useful for architectural projects, rescue services, fires, etc.," he said.

On the other hand, there are stabilizers to install in vehicles, which allow shots from unusual angles and have the ability to record scenes where there are displacements at high speed.

One of the most recognized manufacturers of this type of equipment is Filmotechnic, a company that for many years has specialized in car cranes, currently the company manages different production lines, which vary according to audiovisual requirements.

Cranes are generally characterized by their extendable arm and stabilized head that supports the movement of the cameras; even so, there are different structures depending on the model of the car. For example, there are cranes for Hummer and Porshe, ideal for extreme environments or equipment for Ferrari, which make it easy to capture high-speed scenes.

Similarly, there are camera stabilizers designed for ATVs, ATVs and segways, ideal for locations where there are height and weight restrictions, or for taking shots on narrow roads or narrow alleys.


A market to explore

This equipment is used by various industries, mainly by the cinematographic; in Latin America, investment in cinema is much lower compared to, for example, North America; therefore, the commercialization of these products is slower in this region of the world.

However, this is not the only obstacle, "the most difficult thing about the Latin American market is the high freight costs and customs tariffs," explained Michael Seyfert, Glidecam's Business Development for Latin America.

According to the Glidecam executive, the country with the highest import cost is Brazil, where a team can cost up to twice what it would cost in the United States.

Likewise, Linda Bulk, rectified that "the Latin American market is growing more slowly than other regions of the world, high import taxes make it more difficult for local suppliers to implement our technology."

Even so, new trends in the industry could bring to Latin America more movement in the commercialization of these equipment, such as the 'prosumer' market or semi-professional consumer, "camera models have reduced their size and weight, in the same way smaller stabilizers have been manufactured," said Michael Seyfert.

Although it is a segment of a lower range, "for the future there will be a trend in the purchase of camcoders and DSRL cameras with video, which are increasing substantially every year and cameramen will want to produce high quality videos even for a family environment," said the Glidecam expert.

A range of possibilities
Stabilizers allow sudden, irregular movements, common when walking, running or turning the camera, to be captured smoothly so that high-quality, fine transition scenes can be achieved.

The accessories that help the camera to improve its capture are of great variety in design, size and usefulness, ranging from simple mechanical accessories to assemble, to structures equipped with harness, cranes or the aforementioned systems for cars and aircraft.

Initially we can find conventional pedestals and tripods, used with high frequency, because their usefulness could hardly be obsolete since in addition to providing stability, most designs allow adding additional tools such as 'fluid heads' or mobility accessories. These devices are usually made of duralumin (DA) and carbon fiber (CF) to make them lighter and resistant to extreme temperatures.

There is also the steadicam, a very important device for the industry that allows the film or television camera to be tied to the operator's body by means of a harness.

Since the cameraman Garret Brown invented this product in 1976, it has been used in a variety of audiovisual productions, including the film "Rocky" which was the first film to use this system, which meant a great revolution in the industry at that time.

From this first steadicam, different companies have manufactured various sketches to meet the multiple needs that arise when recording.

This is the case of manufacturers such as Glidecam, Zacuto or Filmotechnic, who showed at NAB 2012 a wide variety of camera stabilization systems; among them, designs with scorpion shoulder supports, stabilizers with driving levers for one or two hands and harness with built-in monitor, among other products.

Another of the segments in the camera stabilizers are the cranes, the company CamMate Systems, specialized in the manufacture of these mechanisms, also presented its latest models in this technology, of which the system that incorporates the head of the crane stands out, which allows access to multiconnector pins, BNC video lines, VDC circuit, zoom, focus, iris, etc.; in addition, the crane arm with expansion capacities up to seven meters.

Complementing the cranes for cameras, there are the platforms that support the structures, these can be conventional tripods or platforms with wheels. In the same way, it is important to highlight the remote control systems for the handling of cranes, an important advance in automation of filming.

The models of the cranes vary especially according to the weight and size of the chamber to be used.

Because broadcasters and film producers have been using camera stabilizers for many years, "the quality of materials and workmanship has become much better and prices are more affordable," says Michael Seyfert.

One of the solutions that the manufacturers of this equipment are implementing to enter Latin America, is to offer the service in the source language so that there is a successful implementation. For example, for remotely piloted aircraft, Droidworx has made contact with Fvprc in Brazil and has also established partners in Spain, so that in the long term it increases distribution in Hispanic countries.

No thoughts on “Video without angle limit”