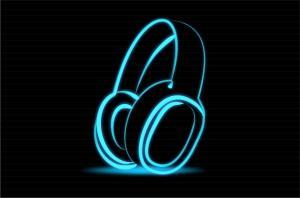 Two industry experts shared with TV and Video the details involved in the process of selecting music for a television production.

There is no denying that music is a fundamental element of any audiovisual production, its rhythm and intensity are what often define the tone of the images we see, and also subtly manipulates the senses to generate more shocking emotions.

A suspense story without good non-restless music, an action one will not accelerate the pulse if the music does not invite it, and a comedy and a horror movie can never use the same melody.

In that sense, the producer has one of his main allies in companies such as Universal Música de Producción or Megatrax, the two guests who in this article will share the details that mark the selection of music for a production.

"Music itself is an art that arouses emotions; these emotions multiply when combined with images. Without music, the images we see on television would not have the same impact on the receiver," says Carlos Ríos, account executive at Universal Música de Producción.

Precisely, that is why the most important thing when selecting the music to use is to identify the message you want to convey; "That depends on the mood, genre, instrumentation and other parameters of a piece of music," says Ríos.

Philip Macko, Senior Vice President of Sales at Megatrax, said: "In TV shows, music conveys the tone and atmosphere, if used at the right time it can anticipate changes in the plot. Already from a commercial point of view, it can suggest the feeling and message that the brand is looking for."

It can be said that the process begins with the need of the producer, he is the one who arrives with an idea in mind of what he requires according to the product, because it is different if it is a novel, a reality or a show.

That is the starting point. But, "from the creative point of view, music producers have countless tools to achieve the sound quality that is sought at a low cost," rios said.

Nowadays the main trend in this regard is cloud libraries, which has allowed to eliminate rooms full of CD's to handle the process digitally. "The combination of the Internet with rich metadata has revolutionized the way we search, listen to and distribute our catalogs. Now producers can have access to our more than 70,000 works anywhere in the world and find what they need without much effort," Rios said.

He also stressed that thanks to the above, a greater opening of the market and the development of new tools have been possible. In addition, the Internet has reduced the time to release and access new material, since it is not necessary to wait for the CDs to be manufactured and shipped so that customers can use them.

He also said that there are bookstores that are free of rights (Buy Out) and by license. "In Latin America there is still a fear within musicians and producers of using bookstores by license; mainly due to lack of knowledge of the different uses and rights that their productions entail".

Ríos affirms that, although he knows that it is very comfortable to use royalty-free music, he believes that the representatives of the bookstores by license have the task of guiding the producer or musician by indicating the type of license that the project requires. "In general, licensed bookstores tend to have a higher quality in production giving added value to projects," he concludes.

As for copyright it is worth noting that this is the foundation of the industry. And that is why all the licenses granted by companies such as those interviewed for this article, in terms of library music, cover both the copyright and the master of each work.

"The producer only has to report the information to the television channel, so that it informs the Collective Management Society, in the case of Mexico, the public communication of the work," explains Ríos, adding that in Latin America there are not many differences in the treatment of copyright in different countries.

It is important to note that in the region "there is a great demand for production music in promotional, commercial and television programs. However, this demand could be greater if the value of music were conceived in the same way as in Europe or the United States," Rios said.

He, in the exercise of his work, has been forced not to participate in productions because of the small budget that is allocated to music, even though production in general has enough capital. In this sense, he believes that in Latin America there is a lack of greater awareness of the importance of musicalization and of the need to invest resources in this field.

As for the projects with which he has collaborated, Ríos stressed that they are currently working with one of the most outstanding producers of Spanish-speaking novels, although he cannot yet reveal the details of the project, he indicated that this is a clear example of the day to day that is lived in the industry.

He, in the company of the producer, must identify the type of music to be used, not only that meets his personal demands, but that adapts to the genre of the novel, which in this case is a youth production.

"Every week I am sending songs that are part of our catalog for this production. The producer is fascinated with our music and the talent our composers employ in each of them."

For its part, Megatrax shared with TV and Video its experience with Grupo Latino Radio, who approached the company with the interest of relaunching the station's brand. "Their current logo was nice and well known, but they were looking to give it a more current sound," Macko said.

Fidelity and quality, cannot be neglected
The sound in a video production should always point to a goal, be as true to its source, in other words, that does not distort in level and time its original source, whether it is something recorded or that is being generated in real time. In the same way, it happens with the sound reinforcement systems with which the viewer is given the maximum listening experience, making what is heard 100% interpenetrated with what is seen. For the recipients of the material these aspects must be completely transparent.

Since the very appearance of the first audio systems, and their corresponding complement with video systems, it has sought to improve performance. It is important to keep in mind that audio was born for amplification in theaters and open areas, and after a while it was entering the field of more personal and homemade systems, but as far as high performance systems are concerned, the race to provide the highest auditory fidelity today does not give respite, and increasingly offers greater versatility and quality.

"The increase in the performance of audio systems has always been sought through the optimization of shapes and physical elements (...). Better and faster materials seek to optimize performance in quality, and thus infinity of forms and techniques, "says Juan Montoya, of the Bosch company, who also adds that "one of the main functions of the research and development departments of companies is oriented to look for technologies and means of delivering a system whose performance has been increasingly perfected".

Meanwhile, Óscar G. Barrientos, representative of the company Meyer Sound Mexico, also highlights that "there are frequency analyzers with transfer functions that allow the maximum optimization of sound systems, of course, this always accompanied by an adequate diagnosis by a qualified technical team (...). Speaking of technologies, the existence of new materials, minimal tolerance electronics, new and revolutionary circuits of processing, control, protection and amplification of signals, together with high levels of quality control, give us very high performance systems, capable of achieving the most demanding of tasks, "he says.

No thoughts on “Image and sound: the perfect marriage”