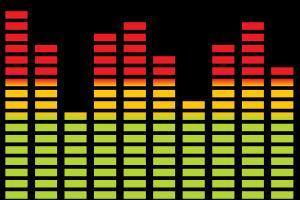 Television networks had to change their working methods to accommodate volume control, from production to broadcast. In this way, the different international standards can be met.


Making the audio of the transmissions intelligible and pleasant to the ear is a hot topic. Audio professionals in the production and broadcast industries have long been trying to control audio so listeners don't feel irritated with the surprising level changes.

Operators, including IP TV companies, know that viewers often complain if they have to adjust the volume all the time every time they change channels. Although these volume differences are more frequent between TV shows and commercials, they can also be presented within the same program, for example, with live sports broadcasts or during a movie or talk show.

The introduction of legislation in different territories has focused the attention of the broadcasting industry on this issue. In parallel, international broadcasting organizations such as the International Telecommunication Union (ITU), the European Radio and Television Union (EBU) and the Committee for Advanced Television Systems (ATSC), together with regulators from several countries, have developed standards, recommendations and rules on sound levels for television networks.

This set of regulations has raised the interest and pressure of transmission chains, who feel urged to comply with regulations, in some cases in order to avoid onerous penalties.

The debate over sound levels is forcing television networks to change their working methods to accommodate volume control in the broadcast network, from production to broadcast.

Undoubtedly, a great motivation is the desire to avoid economic sanctions, but the chains also recognize that this is what customers want. Given the fierce competition for ratings, it's sensible to offer a high-quality TV experience so viewers don't change channels.

To effectively address the issue of volume control, television networks must analyze different areas, starting with the production and creation of content, through the capture of archival and live content, to the transmission.

In an ideal world, all audio material, in the different types of programs should comply with the existing volume control specifications (EBU R128, ITU 1770 or ATSC A/85) at the time it is delivered to the chain for distribution. They should review the material when they receive it and reject any that does not conform to the established standards, so that it can be corrected in post-production facilities.

However, we do not live in an ideal world and therefore chains need adaptable and real-time automated loudness control. Because the content comes from so many diverse sources, it is entirely possible that a live stream, for example, or a file program, violates the specifications for volume control and needs correction before being broadcast.

Ideally, volume control should be properly integrated into the operational workflow of television networks through automation. The best possible audio quality must be ensured without causing side effects, it must work with mono, stereo and surround sound audio, and it must offer a way to improve workflow and internal production.


In the capture stage, the volume control must also provide audio conditioning, Dolby decoding or transcoding, metadata verification and the possibility of recording measurement values on the server, so that in cases where there is a dispute over the levels of loudness control, the strings can provide physical proof that they have acted in accordance with the law.

Once the audio has reached the playback and transmission stage, volume control systems must be fully automated and must be able to normalize the peak-limiting sound of any content that does not conform to the standards.

Technology
There are currently many manufacturers that offer volume control solutions and, as with everything else, some are better than others. The secret to effective volume control initially lies with the manufacturers of the algorithms, which must be able to deliver audio of the best possible quality. Effective solutions must also offer real-time control of live and archival content, automation, and ease of use.

The German manufacturer Jünger Audio was one of the first to start addressing the problem of sound control of audio emissions. For nearly two decades, it has been designing and manufacturing high-quality, operator-friendly dynamic digital audio processors.

He knew from the beginning that loudness variations had to be handled in a different way, and could not be measured simply using "peaks", so he developed a solution, his Level Magi II algorithm, which has already been incorporated into a complete range of real-time control devices, which allow solving all the problems that chains currently face, both stereo and 5.1 audio as well as audio from a wide variety of sources.

The patriarch of the *AP family is the award-winning T*AP TV Audio Processor, launched in 2010 and designed primarily for television broadcast installations, where it provides volume control, mixing, and surround sound processing for up to eight audio channels (8x1, 4x2, or 6+2).

As many of the transmission chains have realized, controlling loudness levels is only part of the problem. Equally important is the need to record audio levels with respect to volume level and peaks.

Jünger Audio has taken this issue into account by introducing the Loudness Logger, a powerful tool that offers users of all its leveling processors an easy way to monitor the development of the volume level as time goes on.

No thoughts on “Loudness for international broadcast”