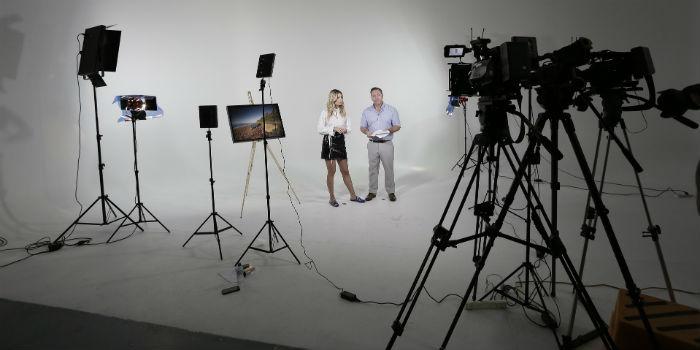 Devices connected to the network will be able to serve as a pool of resources to efficiently share those resources, for example, allowing TV studios and galleries to be interconnected independent of their locations.

In recent years, television production has undergone dramatic technological changes and one of them is that produced by its massive migration, on a global scale, from the well-established SDI technology to the new IP technology. Here, the important question that broadcasters ask themselves is when is it convenient to migrate?

Converting the current TV production system to the IP system, for the mere fact that it is a very attractive new technology, or why it is the new technological trend around the world, simply results in the replacement of video cables, in the conventional production system, by LAN cables, instead of reshaping and making established workflows more flexible, taking full advantage of the immense advantages offered by IP technology.

Here it is important to identify the key factors that allow to build the corresponding business model.

Advantages of IP technology in TV production
One of the fundamental benefits offered by a TV broadcasting infrastructure based on IP technology is its ability to easily assign and implement workflows of any kind.

The deployment of a new production process on TV is simply reduced to a problem of controlling signal routing tables and the location of signal processing sources, rather than proceeding to the tedious complete rewiring of the devices that make up the system. IP technology makes it possible to prepare and allocate signal processing devices, located in a data center, in just a few minutes.

Default settings for TV studios, galleries and signal processing resources are possible to be prepared in advance to dynamically meet individual program format and production requirements.

Devices connected to the network will be able to serve as a pool of resources to efficiently share those resources, for example, allowing TV studios and galleries to be interconnected independently of their locations in the space. These innovative flexibilities offered by IP technology open the possibility of adaptation, on a continuous basis, and the establishment of improvements in present and future workflows.

This new world of possibilities that has just been described is not without its problems. Here, common broadcasting principles, with the control system separated and the source signals projected to the destination, will be fundamentally affected in the IP domain, where the destination is now responsible for scoring the signal flow that is currently available on the network. Here it is necessary to model workflows around standard IT principles. It is important to note here that forcing IT to behave like familiar broadcasting systems is a wrong approach.

The new SMPTE ST 2110 standard, currently in full development, is the fundamental element of change of the technology in production for TV, since it supports elementary streams of both audio and video data and all kinds of metadata information. This standard notoriously simplifies operations in live production, allowing an entire broadcasting channel to be built around elementary streams.

The trend towards elementary currents in the terminal device, where distribution over OTT means pushing signal and not pulling or extracting signal, has an impact on the entire signal processing chain if it is intended to be fast and flexible for the audience.

On the other hand, elementary currents make it difficult to keep all the elements in sync, for example, to avoid delays between the audio and the corresponding video.

This old problem must be solved by means of a proper and reliable technical design. Here, the key is to preserve the original Time Stamp (TS) from the signal current. However, so far very little has been achieved on this topic by the industry.

Unified network infrastructure
IP technology allows easy creation of a unified network infrastructure for THE IT standard, audio, video, content transfer and for broadcasting control. Here, the intensive use of security protocols and authentication of operators and devices is also very important in order to guarantee, at all times, comprehensive security against threats.

Today there are still some concerns about the security in the production systems implemented in IP offered by the different companies in the market. This is because security strategies were never initially considered when DARPA NET created the Internet. For example, online updating and security patching on an IP infrastructure without interruption in the broadcasting service remains a challenge to be solved.

The most important thing, when a new technology is adopted, is the change of management with respect to the staff. It is essential to have here open-minded staff in operations and especially in support, where broadcasting and IT staff must form working groups to share their knowledge, acquire skills, and develop concepts to keep the company on the air.

To achieve success in this productive activity, it is necessary to start thinking outside the broadcasting environment, in functionalities and services instead of devices and products; in IP data packets instead of audio or image samples; and most importantly – start with a clear vision of what you want, in mind.

No thoughts on “Aiming for IP technology”