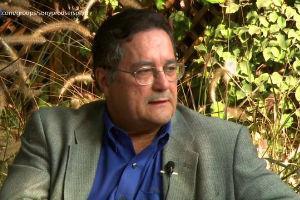 
4K or ultra high definition technology has been used for four years by the film industry, although few films are broadcast under this definition. But in the case of television, the issue is barely being addressed, despite the fact that production equipment has been available on the market for a couple of years.

The most important fairs in the world in terms of technology, both for consumers and professional broadcast products, have been and will be during this year the stage to present ultra high definition products. This is the case of the last CES or the next NAB, just to give two examples.

That's why TV Y VIDEO spoke with Andrew Nelles, Senior Marketing Manager of Sony, who told us about what is coming in 4K technology and the expectations from the point of view of manufacturers.

TV AND VIDEO: What is 4K technology?
Andrew Nelles: 4K is four times what high definition is. For the cinema it was a reality four years ago, it is already established, being Sony the first to have a projector under this technology. Today most films are being shot in this format.
The bid for the size of the TVs, which are getting bigger and for those over 60 inches the high definition has fallen short, the response of the manufacturers is 4K. For producers, cameras, video codecs, 4K-based projectors are already on the market, and this year the first prototypes will be presented for consumers.

TVV: How is television in the adoption of 4K technology?
AN: We are in the first steps. Last year some channels in the United States began their production with this technology, which is available to them, they are using it, but the difference is when they are going to start broadcasting.

TVV: Is the appropriation of this technology different for film and television?
AN: The tools to produce in 4K are already there, a year ago the first production in 4K was made with TV Globo about the carnival of Rio de Janeiro. Everything was recorded, produced and distributed in 4K for a private audience, this was one of the first productions.

For television things are different than cinema, because of the recording times they are different. The cinema has more production time than a TV series or novel and it is added that there was a deficiency of codecs on the market that would facilitate the work.


TVV: As always all new technologies have a wide cost, in this sense how is 4K technology?
AN: The prices of production equipment based on 4K technology are not as expensive compared to those of high-level technology for the production of novels. The market is becoming more competitive.

TVV: Are end consumers prepared to face a new video technology, when in Latin America in many cases they are just advancing high definition?
AN: In Latin America there have been experiments with 4K, like the one mentioned earlier in Brazil, but everything is a process. High definition is still in the process of being implemented in some areas of the region and that is why 4K will take a little longer.

The important thing is that all manufacturers are already working on this technology and in this way the implementation in the region will be promoted. For the World Cup in Brazil they are preparing the transmission of matches under 4K technology.

TVV: When is it expected to have a massification of this technology among producers and consumers?
AN: The massification of a technology depends on the acceptance and development it has. Manufacturers are looking at whether it's going to be feasible, and obviously we're thinking it's feasible. The trend is larger TVs compared to previous years, which favors 4K visalization. In production the announcements continue and very surely NAB will be the epicenter of them.

TVV: Can you tell us something about what Sony is preparing?
AN: They will be important announcements for production and for the final consumer, but I can't tell you anything yet. We hope that prior to NAB some things will be announced, others within the fair and later more. There will be many announcements that I cannot yet anticipate.

TVV: 3D technology had a lot of boom a couple of years ago, but it seems that it was only a fashion of a moment and little is said outside the cinemas.
AN: I'm going to give you my personal opinion on 3D. People have not rejected it, the problem is that there have been no televisions on which you can see 3D without lenses. An example is that if for the Super Bowl you invite your friends to watch the game, you need to invest a lot of money in buying the glasses for everyone, then it is not feasible. It is not dead on the consumer side, it will be a function of the TV but it will not be to watch all the time in 3D.

With 4K technology it will not be like that. The trend of televisions is that they are getting bigger, the high definition after a certain size begins to look pixelated, that is why a greater definition is required and that is where 4K will come in.

TVV: What is the development of 8K technology about?
AN: We are focused on 4K technology. We have an 8K camera that's used for cinema, but so far 4K is what we're focused on.

TVV: Are there those who say that it is better to wait for the development of 8K technology so as not to make a change to an intermediate technology such as 4K, how right are they?
AN: The maximum technology is in the future and better things will always come out. TV manufacturers today are talking about 4K. 8K is a technology that due to the size required for the screens I think will only be a reality for cinema, I do not know if there is development for homes.