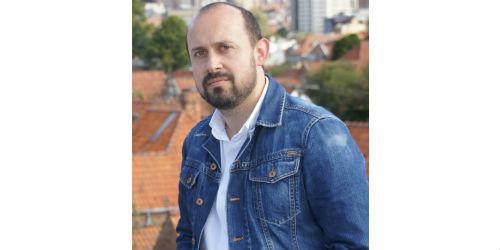 Digital video consumers do it quickly, so they must be short and hook in the first seconds. But Dirty Kitchen's goal is to make quality productions with no time limit.

Monetization is the issue of concern to many audiovisual producers who want to create contentions for new digital media. A Colombian company formed in 2010 has managed to generate a viable model so that its digital content is profitable and in turn has a high diffusion among users of new media.

TVyVideo+Radio spoke with Federico Barragán, general manager of the production company DirtyKitchen, who told how the adventure has been during these five years in which they have managed to position comedy and fiction web series, such as Adult Contemporary and Little Girls, which have together more than 200 chapters and have allowed them to explore other genres such as opinion and documentary. In addition, to arrive today in Panama, the United States, Mexico and Peru, with the minimum effort, knowing how to enter with a stable business and with organic growth.

He commented that "There are a lot of people who don't know how to make content, who try to do it for digital. They are seeing it because there is nothing else. What was on Youtube in 2010 was uninteresting, so the fall of a person caused a sensation. On the other hand, there are those who do know how to do it but are looking with disinterest at the phenomenon, because they know that the necessary economic resources are not there."

Based on this context, a group of professionals who were specialized in different sectors joined and after conversations in which they identified that they were compatible, they decided to generate a company that would gather those skills and begin to generate value independently. Thus they brought together their experiences in television production, marketing and in the digital world, who know the value of a digital audience, a conversation on social networks, why a brand is interested in digital.

"Conceptually we knew that we had to change human talents and technology, but in practice every day it is discovered and accommodated. What we did was, instead of going to ask for favors from the professionals and to lower the salary, we changed the process, the human talents and the technologies. Instead of using those big trucks, cranes, cameras, lenses and so on, we hire the cameraman, paying what he is worth and being measured to work without it, because the savings are in using less equipment and more human talent. "

He said that at that time life began to reward them because the big manufacturers began to make new equipment much cheaper that allowed them to raise the quality of the image, Youtube also improved its quality and capacity, and everything was given.

On the talents, he gave as an example the change of role of photographers and their cameras that now also record video. This is a person who can make video and is used to working alone, she doesn't need anyone to arm her tripod or lights or anything. In Dirty Kitchen they looked for those photographers who now make video and had a conversation with them about how to tell a story and not just look for a beautiful painting. The same happened with the editor, they found people who love to make video and know how to assemble, color, graph, even propose music. The idea is to have them and give them that range, not limit their creativity.

"We understand that it is not a process, so one day you have a cameraman who knows about directing actors and audio, but if you give him to leave, you must accept that you will never have a character of those again. It's not opening an interview to look for a cameraman who knows audio and so on, it's waiting for who comes and how to react to that talent that's going to come in."

Monetization
The secret of the success in the monetization of dirty kitchen's web series, according to its general manager, is that they are a company that understands marketing, they have the knowledge to sit down with a company and understand what their business is, their brand, their challenges and make a proposal if they really generate value. That's when they work with them. That puts them in another type of conversation because the brand starts to think it's stopping hiring a corporate and you have a conversation with a business colleague.

Once this concept has been put into practice, they take a product or a brand and it is included in a situation that goes according to the image that the product wants to build without damaging the continuity of the series. One example was with Renault and the launch of the new version of the Logan.

"As it is a family car of 2015, with all the current technologies, we included it in one of the most successful series, Adult Contemporary, and we remember the Colombians on the roads in the 80s, the windows down, the dad suffering to pass a truck and that is the way he connects with the new car. We are not talking about the car, or the brand, or promotions or discounts, but we are transmitting the message that it is a car for the family, something that identifies the brand in the country. In total there were four episodes created for Renault without affecting the history of the series," he explained.

The approach to companies they do in different ways. Now that they are a well-known company they invite them to talk and see what can be done. They also come up with ideas for the series with a specific brand, then they go and knock on the doors and generate a dialogue in which the proposals are adjusted and things go well.

"But we have been wrong. We once went to a brand and proposed an idea to them. They thought it was very good but they told us that they did not speak to the thirty-somethings who used them but to the children who use them today. Brands always educate you," he added.

Conversation on social networks
The monetization of content goes hand in hand with having reliable and confirmable data that allows customers to value their investment. Television is an industry that has been measuring reach, volume, how many thousands of people watched something for years. But things have changed. Now new media brings a fundamental change and you have to understand the value of a conversation on social networks and how to make customers understand the situation.

Federico Barragán mentioned that "people do not see you but use you. And there comes all this new litter of which we are part, which tries to interpret those uses within indicators and that those indicators are easy to understand. For example, with Adult Contemporary we have a reach in numbers that makes us proud, but that's not what we sell to advertisers. What we sell is the conversations that are inspired, the tone, the number of people and how little they need me, because once I sow it they have it. That has great value and that's why they hire me."

Returning to the example of the Logan, he recalled that the comments "are not I love the new car, let's buy it". The comments are from my dad had a renault 6, the barada, and that's what matters to Renault, because they are talking about the brand and they must translate into indicators for the brands to say they understand them and see their value.

Final Thoughts
So far, in five very productive years Dirty Kitchen has produced more than 800 episodes in about 20 series. Therefore, at the end of his conversation with TVyVideo+Radio, Federico Barragán made two final reflections for those who are interested in producing digital content:

* To achieve a mass dissemination of the content, there is the variable luck. But there is something that is a very good indicator and that Youtube recommends, is to be constant, that people know that such a day at such a time there will always be new content. And the motivation is not in what the audience thinks of you but in what you want to show.

* Own content lives on digital platforms and content consumption is done quickly. That sets the challenge of making the chapters short. But the real goal is to make a good episode, and good is that it engages, generates interest and the audience wants to continue watching it.

No thoughts on “New ways to produce and monetize”