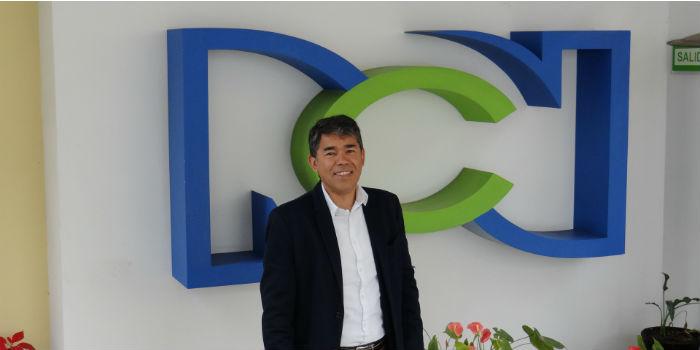 The operation of AM stations is going backwards, the FM operation is maintained and it is still healthy. The online segment went from growing by 26.4% to 33.6%, so that its progress is evident.

Since his last semester at university and throughout his professional life, Colombian José Alfredo Cano has dedicated himself to radio. For 32 years, this Bogota engineer was linked to RCN Radio, going through several areas related to engineering until becoming the National Technical Manager, a position he currently holds.

In conversation with TVyVideo+Radio, he recalled that he came to the world of radio because of the engineer Germán Ochoa, technical manager of RCN at that time, who in the last semester of his undergraduate degree dictated a subject, not very appreciated at that time, because it had to do with vacuum valves, at a time when the triumph of transistors in all areas of electronics was proclaimed.

Back then, tubes (vacuum valves) were essential for both AM and FM transmission. The engineer Ochoa invited him to do a degree project that had to do with broadcasting, to which he agreed and later offered him his first, unique and current job in the world of radio. At RCN Radio he started as a maintenance engineer, later he was director of the liaison networks, then technical director in Bogotá and now National Technical Manager.

"I graduated in 1989 from the Javeriana University as an Electronic Engineer. My only field of work has been broadcasting, since I left university. I subsequently did training courses in radio frequency transmission with Harris Corporation in its time in Quincy Illinois, also in digital AM transmitters and FM transmission right there, training in satellite transmission and management of telecommunications projects at the Javeriana University. I complete 32 years of work in this field," he said.

Adapting new technologies
Today the work of José Alfredo Cano consists of developing and maintaining in the best state of operation all the technical infrastructure of the company for the operation of radio, which has to do with AM transmitters, FM transmitters, satellite and IP networks, event transmissions, design and assembly of studios for the generation of content, among others.

"It is a 7x24 job since there are always pending issues in some corner of the country. Office hours are from 8 am to 6 pm. The main actor in this operation is a group of 40 people between engineers and technicians throughout the country, divided into regional ones with which I have permanent contact. They are the repositories of technical knowledge and with whom it is shared and discussed for day-to-day decision-making that allow us to meet our objectives," he said.

In her more than three decades, she has had times of great growth of radio in Colombia in which she, radio, was one of the preferred media in the country, so they had a very good and very comfortable situation from the financial point of view, but very demanding. The emergence of the Internet has been significantly changing this situation, which is perhaps, he says, the greatest current technological challenge for radio networks.

He maintained that "this is a truth that those of us who are dedicated to this profession have clear and in the company of our staff we seek to contribute everything possible to maintain in time, as much as possible, traditional technologies, but we seek at the same time how to adapt to these new scenarios. The new situation that we face in these years has produced a contraction of some of our operations and has generated the birth of other proposals".

The director of RCN Radio stressed that the operation of AM stations definitely goes backwards, that of FM is maintained and is still appreciated healthy. Radio growth in Colombia contracted by 11.9% between the first half of 2018 and the first half of 2019 and its share of the advertising market fell from 18.5% to 16.2% in the same period. However, the online segment went from growing by 26.4% to 33.6%, so that its progress is evident, although its share of the overall market is still small. This scenario leads to the idea that traditional operations must be maintained and made very efficient and seek new perspectives in the field of new platforms.

Changes experienced
In his extensive career, the engineer José Alfredo Cano has had the opportunity to live great changes in the industry from the technological, or as he calls it, significant evolutions.

"The first important one I remember was the transition from tube transmitters to solid state equipment in both AM and FM, in parallel came the inclusion of satellite networks for the link service between the different stations in the country that replaced the terrestrial link networks. In the area of studies we went from consoles analogous to their digital peers, later to installations with IP audio networks and lately to the inclusion and management of video signals to feed the new distribution networks that use our Internet pages and social networks. We have also seen the evolution of remote transmissions from the old POT lines, then we included "remote pick up" equipment that transmitted in VHF, we went through digital encoders and lately digital equipment that use the data service of cell phone networks, "he said.

He added that as a director of the technical area of the company, the purpose is to ensure that his work group keeps the technology as updated as possible for the best fulfillment of the company's strategy. Adapting to the necessary changes is essential to remain in force over time, keep an open mind and be attentive to notice the direction and speed with which these changes occur is a priority and stay in contact with the other actors in the sector to feed knowledge.

Travel & Family
José Alfredo Cano was born in Bogotá on December 3, 1963. Today he is married and the father of two women, current engineering students, a fan of millionaires and a lover of world travel in the company of his family.

"I learned to love the trips based on the experience of the remote transmissions necessary for my work. I was in charge of the transmission of major events such as Tour de France, Vuelta a España, Olympic Games, Pan American Games, soccer qualifiers, etc. and from there I maintained the fondness for the trips that, as I said before, I do now in the company of my wife and daughters, "concluded the National Technical Manager of RCN Radio.

No thoughts on “Witness to the evolution of radio”