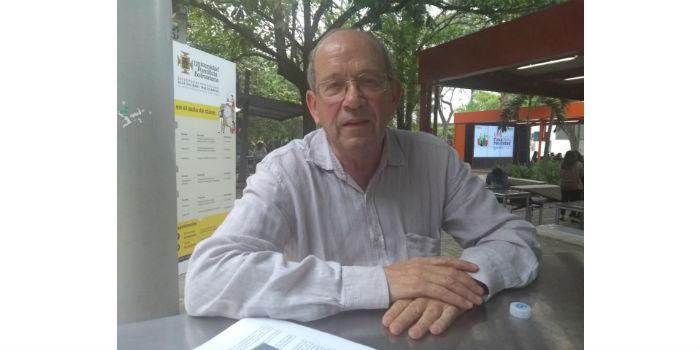 Humanity has not known a phenomenon of diffusion as fast as that of Information and Communication Technologies. The speed of the processes of change prevents us from glimpsing even an end, ranging from the construction of devices and software to the total expansion in all areas of life influencing individual change and social change. This is how Aguinaga Roustan (2016), (p. 9), defines this complex context.

Based on the above, different academic researches have directed their efforts to try to establish the dissimilar paths that ICTs currently travel and, of course, their impact on the different areas of humanity; consequently, innumerable philosophical and theoretical propositions have emerged, ranging from those that indicate that ICTs have been directed to human beings towards technological determinism, to which society seems obliged, that is, human beings oriented exclusively towards a scientific-technological dimension, and  those that, on the contrary, propose that ICTs will model a different social contour, different from the one we know today, where human societies will show a kind of "mutation" towards the "invocations" of ICTs, all because of the "seduction" they offer (Aguinaga Roustan, 2016).

The aim of this article is to offer readers a better understanding of such a substantial phenomenon; for this, we interviewed Professor Javier Echeverría Ezponda PhD. in Philosophy and Letters from the Complutense University and Doctorat ès Lettres et Sciences Humaines at the University of Paris I Panthéon-Sorbonne; He has taught at the Polytechnic University of Madrid and the University of the Basque Country, among other universities in Europe and the United States. Professor Echeverría's research and philosophical reflections focus on technological and scientific innovations, publications that have earned him recognition and awards in many areas.

One of the central concepts in the theory of Professor Echeverría, focuses on a new model of social space, which he has called the "third environment", in which Information and Communication Technologies are framed as facilitators of a context "that differs profoundly from the natural and urban environments in which human beings have traditionally lived and acted" (Echeverría, 1999, p. 14).

In your text Los señores del aire: Telepolis y el tercer entorno, you already analyze the impact of Information and Communication Technology on our society and, similarly, you propose that these transformations are not of a technical nature but prefigure the existence of a new social environment, which differs from a cultural and urban environment where human beings have been acting. mobile telephony, television, electronic money, telematic networks, multimedia and hypertext in our contemporary society and which of these transformations do you highlight as the most visible?

Javier Echeverria: I'm going to start with the most invisible, which are the most important, which are the military and the financial, those are never talked about, because there is a kind of sepulchral silence around them, but they are the determinants, because they are the vanguards of technological innovation and exist since before the Internet. So, when I talk about the third environment, I am not talking about the Internet and much less the web, but I am referring to a much broader and much more complex idea, which includes military networks, which I always have in the first place, since they are the locomotive of this whole phenomenon; then follow the financial networks (we must remember that their presence and influence were seen in the crisis of 2008–2009), and their consequences were frightening.

As for scientific networks, since 2001 they have had their own network, such is the case of the European scientific network; in that sense, they are very important because they can control the generation and production of scientific knowledge, and that is achieved with high-impact journals, immersed in a very developed control system.

In your essay you also talk about the fourth network; What does that fourth network consist of and how does it work?
Javier Echeverría: The fourth network is also invisible, but existing and it is the police networks that are the ones that control, from piracy to hakeo, but above all the Deep Internet, the deep Internet, which is where the hard core of the resistance of the air lords is. However, also visible networks, which are those that have an impact on the economy, society and culture, so the Internet, without a doubt, is the vanguard of social networks.

I have always defined it many years ago as the agora of the third environment. The Internet is a structure open to everyone, so everyone can see and exchange, and the development of the web already meant a first urbanization (metaphorically speaking), some houses, some facades (each has its own intranet), it is already an architectural position and, therefore, from there comes the metaphor of the city; and already today, from 2004–2005, the most visible are social networks, which did not exist when I published my books.

So what are those "air lords" that you point out?
Javier Echeverría: Google is undoubtedly the great lord of the civil air, let's call it that, that's real, and more recently Facebook, Apple, Twitter, Amazon and Instagram. What's wrong? These companies are very recent, they are about 20 years old and they are already the main companies in the world, and surprisingly, totally free, this is one magic with another.  An economist will have to explain how by offering a very expensive product, totally free, they become the richest in the world, a new modality of capitalism that economists have not theorized, until now.

What are the components that distinguish this third technological environment and that allow its characteristics to be fixed?
Javier Echeverría: As a mathematician by training, for me the key is that the topological and metric structure of the third environment is different from the topological and metric structure of the first and second environments.  In the first, our relationships as human beings are made by approximation, by contact, because we are at a short distance, we are neighbors, the neighborliness of the neighbor and, therefore, proximity and short distance are the basis of the relationship between people, objects, things.

In the third environment, meanwhile, its topology allows distance relations, because this is not based on enclosures with an interior and exterior border, but is a reticular topology, where those notions are not relevant, the important thing is the interconnections between the networks, that is, it is a topology that is studied by graph theory, there are mathematical mechanisms to study it, but not through geometric figures or graphs, but it requires another semiotics, another language,  a specific scientific language, I call it technolanguage, as a system of communication, memory and knowledge, implemented technologically by the ICT system.

What is the impact of the technoleguas you mention?
Javier Echeverría: The evolution of technolanguages seems key to me; from there, we see the moment in which the technolanguages are already consolidated and arises in particular the HTLM 5.0 (basic language of the World Wide Web), which is the one that allows, for example, the geolocation of the Smartphone. That's when I also refer to the myth of Plato's cave, which is why this third environment is so fascinating and that, in addition, it is offered for free; Why?, because it is an element of control experienced by users of the Internet and these technologies.

This is my strong position, which I have absolutely maintained since 1999, I even think that has worsened: before there were millions of productive consumers (workers and proletarians, for example), the networks have no productive consumption, I explain: at the moment, only Facebook has two thousand three hundred million people who work for it, without charging anything, but producing data, information and images, but via Facebook, it's incredible. Now, we can also notice that, for young digital natives, this is their native panorama and like all young people, they go there and, from that perspective, it is understandable that they are there, because you have to socialize.

How do you explain phenomena such as the cloud and data storage, among others, as forms that represent technological environments tending, perhaps, to the domination and manipulation of human thought and behavior?
Javier Echeverría: The cloud metaphor is a well-sought-after metaphor for conceptual marketing.  The cloud is a "farm" and "factory" of data, of data of people (technopersons), very expensive energetically and that only have large transnational companies such as Apple or Facebook, among others. These "data farms" are in places that consume excessive electricity; for example, 50% of the energy bill for all of Norway is generated by the three or four clouds that the air lords have there); In addition, the energy consumed by these clouds is quite polluting at the planetary level.

Regarding the above, in a world that appeals more to technological innovations as differentiating elements from the political, economic, social and cultural, where is social innovation, especially in developing regions such as Latin America?
Javier Echeverría: The theory of social innovation arises since 2003 in Canada, and in 2006 and 2007 it arrives in Europe through Great Britain, although innovation has always been historically associated with technology and business, that is the canon: companies innovate; however, social innovation also arises from society itself, from communities, neighborhoods, NGOs, indigenous peoples, etc., which, at any given time, generate social value, since there are things that are socially valuable.

No thoughts on “Impact of ICT on society”