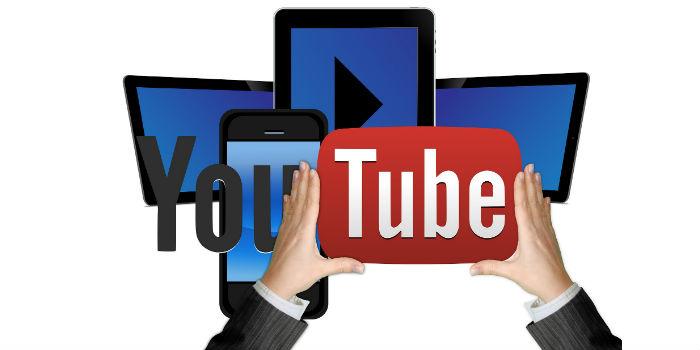 This first installment aims to understand how the business model of Netflix and other audiovisual content distribution platforms works, for which we consulted the researcher Gabriel Levy, content coordinator of the National Television Authority, ANTV, and researcher of media phenomena.

As background and coinciding with Curtin, Holt and Sanson (2014), it is evident that in the last decade an interesting media challenge has been established that is manifested with the management of the improvement and growth of the film and television industries, a scenario that has been propitiated by various alterations and evolutions of the audiovisual context, forcing the agents of these industries, and to those who lead them, to "reconsider the established maxims on how screen media is created, circulated and consumed" Curtin, Holt and Sanson (2014, p. 1).

Similarly, Ojer and Capapé (2012) highlight that "a new demand has been conceived, which has modified the ways of cinematographic exploitation and has allowed the emergence of new business initiatives, such as new business models in the distribution of audiovisual content" (p. 187). In this context, the authors point out, the emergence and consolidation of companies such as Hulu, YouTube, Amazon or Netflix, has allowed them to establish themselves as the most important content distribution platforms in the competitive global audiovisual market. We are then witnessing what Costas Nicolás (2014), has called "a constant flow of content that has become almost intrinsic to the television medium and that will make us question whether alternative distribution models, which we will see as Netflix, can continue to be considered television and its fictions as television" (p. 246).

This context has generated what Jenkins, Green and Ford (2014), have described as the great innovations in distribution and circulation towards more participatory models, in front of an audience that "is not seen as simply a group of consumers of pre-constructed messages, but as people who are molding, sharing, reconfiguring and remixing media content in ways that could not have been imagined before" (Jenkins, Green and Ford, 2014, p. 24).

Business models
It should be made clear that when it comes to understanding the revolution that is evident in the current panorama of audiovisual media, it is unquestionable that one of the scenarios to analyze focuses on distribution networks and technologies, which are precisely where the greatest transformation processes in the audiovisual field are patented. Therefore, it must be emphasized how in the last decade, it is precisely the aspect of the distribution of screen media that has demonstrated a true revolution in the XXI Century, the overthrow of institutional relations, cultural hierarchies and conventional business models (Curtin, Holt and Sanson, 2014).

Concepts by Gabriel Levy
The following are the assessments on the subject of Gabriel Levy, Content Coordinator of the National Television Authority, ANTV, and researcher of media phenomena.
What is the business model that companies like Hulu, You Tube or Netflix have implemented?
Gabriel Levy: It is important to note that, although all three are OTT platforms, whose distribution is done through the Internet, they use different business models. In the case of Hulu and Netflix, the model is content distribution through a flat rate, that is, the user pays a single monthly fee and has unlimited access to the service, which allows access to thousands of titles.

Amazon, on the other hand, has a similar financing system, but the fee is annual and covers a limited number of titles, so the user can buy additional content on demand.  While YouTube has a very particular model with two forms of monetization, the first and most important is the advertising guideline that is equivalent to more than 80% of the resources it collects and the second instead is a monthly plan that the user can pay in exchange for being able to consume the content without advertising.

Regarding the business strategies they propose, Michael Curtin, Jennifer Holt, and Kevin Sanson in which they highlight that Netflix, like other platforms such as Hulu or YouTube, have used the different data of their customers. How has this innovative level of personalization expanded access to the film and television industries?
Gabriel Levy: Knowing audiences and their consumption habits has always been necessary to successfully and assertively distribute content and it is not something new from the digital world or Netflix, as audience studies have historically always been implemented.

What platforms such as Amazon or Netflix have achieved with algorithms is to improve the level of accuracy in the systematization of information, bringing the principles of big data to the collection and management of the consumption habits of viewers, thus enhancing accuracy when offering them to the target audience.

Personally I think that accuracy has been improved but it is not a perfect system, because so far there is no algorithm that manages to anticipate human subjectivity, especially when it comes to tastes, emotions or consumption habits. That is, for now an algorithm cannot know if a person is sad and prefers to consume a drama to an action movie or vice versa, on account of their mood.

The Netflix phenomenon
Netflix has undoubtedly marked a significant break in the field of contemporary audiovisual and confirms the correct and concrete application of the long tail theory, which enabled the emergence and positioning of the so-called "new star" of the audiovisual firmament for the distribution of content under the concept of Video on Demand, whose most relevant reference, as stated above, it's Netflix. Let's see how these VoD distribution platforms "revolutionized" the global audiovisual market and, in this way, generated countless expectations, but also concerns, especially in emerging media areas, such as the markets of Colombia, Latin America and the Caribbean.

The Regional Coordination Platform Project for Audiovisual Distribution points out, among other aspects, that the Long Tail Theory, which has been disseminated, explained and analyzed by Chris Anderson, has surprised audiovisual professionals and has plunged many of them into a victimizing psychosis. Faced with this reality. How can this scenario narrow the audiovisual industry in Latin America?
Gabriel Levy: "According to the long tail theory, the Internet marks the end of an era of mass success and the beginning of specialized consumer niches for the audiovisual industry, something that will effectively be reinforced by the constant dynamics of reduction in the peaks of the Rating in all channels in Latin America, those times when a telenovela or party reached almost 50% of the total potential audience no longer exist and in parallel the offer increases dramatically, while the atomization of audiences and the advertising pattern stand as the greatest challenge that the industry will have to face in the coming years. "

The next installment will be dedicated to providing keys to solve the "new" audiovisual media and how these should be thought of as mass media and as niche media.

No thoughts on “VoD paradigms”