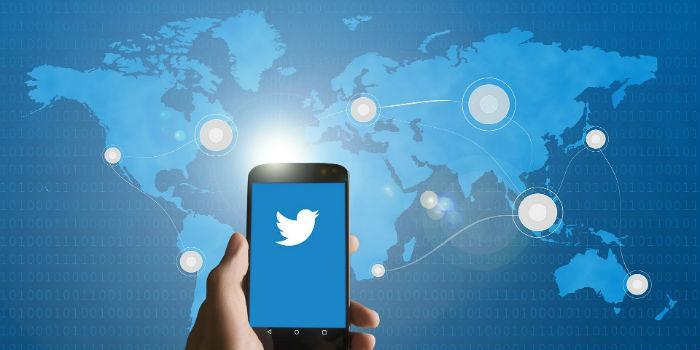 This article is based on the doctoral thesis work carried out by Ana María Miralles Castellanos, PhD., which is entitled The public on Twitter as a problem of Computational Social Science.

In this second installment, we continue the analysis of Twitter as a sensor of real-world phenomena, in which experiences of this social network are presented and revealed as a device that intervenes in the actions of the real world in contemporaneity, all from the study of cases such as the detection of events, citizen protests and studies of feelings.

To begin with, we must point out that according to Miralles Castellanos (2017), it is evident that there is a new category of study in communication, made up of the so-called social sensors, that is, those digital media that provide information about the environment from their own observations, which are transmitted through the so-called social platforms, in this case, Twitter, which transforms them into a kind of  physical sensors, and that in addition, they can also produce information about those events.

In this text we examine the main findings of Dr. Miralles Castellanos' research, and, at the same time, how her study evidences, from the contents generated by users, the identification of earthquakes, hurricanes, city events such as sport and culture, infrastructure damage, among other topics.

In accordance with the above, it is feasible to show that each human sensor has information and from the connection of the various messages a global sense is produced that can be analyzed from Artificial Intelligence (A.I.). It is at this point where, thanks to the possibilities offered by the I. A., and through the computer, data is grouped that becomes information, this with the purpose of capturing networks of meaning (Semantic Technologies).

Cases and experiences
Authors such as Sasaki and Matsuo (2012), establish that for the arrest of emergencies from Twitter a protocol is developed, based on the content generated by users about what happens near them. In this sense, the Twitter Earthquake Detector system is taken as an example, which extracts the tweets that allow estimating the location of the epicenter of the earthquake, captures geolocated data and images, and sends them immediately by email to the users registered in its system, at a speed higher than the "traditional" media.

On the other hand, with respect to the arrest of hurricanes, there is the study of tweets from Hurricane Sandy in New York and Hurricane Isaac in Louisiana, carried out by Zubiaga, Ji and Martínez (2015), which is based precisely on the user, geolocation and time, where humanitarian collaborators and citizens are helped with useful information. From this context, the authors claim that the datasets of the two hurricanes verified that the system quickly recovers the flood information displayed on Twitter.

On the other hand, cultural events in the city are investigated by Kotesva, Padi and Lbath (2016), since the creation of an algorithm that automatically processes tweets that give information about events in New York City.  This is based on the principle of daily data generation by users, based on the concept that Twitter is a Social Sensor that contributes to the knowledge of what happens.

Meanwhile, Becker, Chen, Iter, Naaman and Gravano (2011), address those planned events that are based on the system of events planned in New York City, relating to an event in three moments: before (places, hours, prices); during (there is a lot of line, we are euphoric, etc.); and after the event (comments). This system retrieves tweets related to planned events, in which, when a user searches for an event on a web page, the system automatically connects him to the tweets.

For their part, Takeichi, Sasahara, Suzuki and Arita (2015), have focused on exploring the possibilities presented by the detection of behaviors in sporting events, in which it is determined that it is the users who become social sensors in the great sporting events, determining, as a source of instant information, the triumphs or defeats. This system is based on peaks in activity, from the creation of an interface between the physical world and cyberspace, and on the peaks of activity of tweets and retweets. In this regard, Takeichi, Sasahara, Suzuki and Arita (2015), point out that:

Social media is an increasingly popular communication tool, where people have massive social interactions in cyberspace. These interactions can have a significant effect beyond this cyberspace, with real-world consequences. A well-known example is that social media helped Arab Spring activists spread and share information, playing a key role in subsequent revolutionary social movements.

As in this case, social networks can interact between cyberspace and the physical world, connecting people and information in non-trivial ways, leading to new collective phenomena. The quantitative understanding of such collective phenomena is a central issue in the emerging field of computational social sciences.

Researchers such as Tien, Musaev, Benas, Ghadi, Goodman and Pu (2016), study the damage to infrastructure from the issue of transport and energy, based on cases carried out in South Africa, the United States and the Caribbean. In this procedure, data streams on Twitter are used to detect damage to bridges, highways, gas lines and electrical infrastructure. The authors identify many noisy tweets and, at the same time, the system allows to produce relevant tweets, geolocated to identify faults.

In the same vein, the work of Assis, Herfort, Steiger, Horita and De Albuquerque (2016), are raised from Twitter and floods, through a system to detect risk areas from Twitter, identifying messages related to the possibility of floods in real time, from physical sensors and mobile social sensors, which is especially useful where there are no physical sensors.

The issue of traffic congestion from the case study in california cities, is assumed by Georgiou, El Abbadi, Yan and George (2015), which seeks to answer the question about how Twitter users react when they are in the middle of congestion. This data model allows researchers to estimate the location and density of congestion only from tweets, especially when there are no physical sensors.

In the same vein as above, D'Andrea, Ducange, Lazzerini and Marcelloni (2015), examine the real-time traffic monitoring system, faster than authorities and specialized websites. The researchers emphasize that this system is able to distinguish whether events have the influence of external agents such as marches, sporting events, among others.

Likewise, another topic of study is the detection of emerging issues, where Cataldi, Di Caro and Schifanella (2010), reveal that the media, from information based on the tweets of users, can ask the question what is happening in the world? Finally, Ito and Toyoda (2016), who direct their research in the visualization of subway passenger flow, in the capital of Japan, in real time and that is based on Twitter with visualizations.
Twitter- Artificial Intelligence

In general, Miralles Castellanos (2017), points out that the extraction of knowledge from data on Twitter, in relation to matters of public interest, is raised from three perspectives:

The following graph describes the elements that make up the Identification of topics and dynamics. In this article we essentially consider the identification of collective dynamics, especially the issue of social sensors (emergencies and crises). In table no. 1 we can appreciate the different factors that occur in the use of Twitter, from a general perspective.

Conclusions
Artificial Intelligence, seen from a humanistic perspective, can contribute to the resolution of social problems, this from the perspective of the data that emerge from socio-technical media such as Twitter or other social platforms, with the purpose of making a reading of collective intelligence, for the understanding of the complex reality that lives a connected society like the current one.