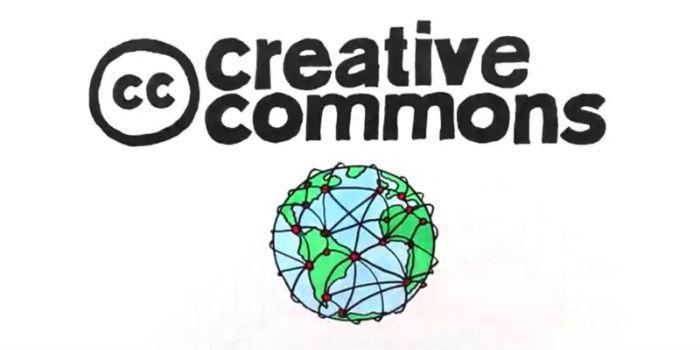 In the second part of this interview with Sol Beatriz Calle D ́Alemán, topics such as the challenges in the protection of copyright in intangible goods such as knowledge are addressed.

We present the second part of the interview on copyright in the new technological context, conducted with Sol Beatriz Calle D ́Alemán, Lawyer of the University of Medellín, Doctor of Law (PhD) of the Externado de Colombia University, with Laude recognition for her doctoral thesis on software and intellectual property. Dr. Calle D'German also holds a Master's Degree in Computer Science and Law from the Complutense University of Madrid and is a professor and researcher at the Department of Computer Law of the Externado de Colombia University, where she serves as director of the research line in Privacy and Protection of Personal Data.

In the same way, she is a Professor and Researcher of the Doctorate, Master's and Specialization programs in Technology and Innovation Management at the Pontifical Bolivarian University. She is the author of the book Legal Protection of Software: critique of its current regulation and redefinition in the face of Law (Editorial Ibáñez, 2012).

As paradigms change, what are the new challenges for the protection of intangible or intangible goods such as knowledge?
Sol Calle D ́Alemán: The strategies  could be said to be based on new ways of conceptualizing the fundamental institutions of law, such as the institution of property that requires new  developments in what I have called a "new concept of intangible property", not only of intellectual property but of intangible property, a much broader concept and redefinition that responds to all those intangible goods of the twenty-first century, which arise from the production of ideas and knowledge and which may not all be circumscribed nor can they all be approached from the rules and norms of intellectual property.

In the same way, also redefine institutions such as contract and agreements that have also been based on the rules for physical goods but that today give way to what we have studied as atypical agreements, unnamed contracts, that is, agreements that the parties can create and agree according to how they establish their interests, without this contradicting the theory of legal business (which has been a backbone of law); in the same way,  to address it also from new international standards, based on rules and good practices, an environment widely used today on the Internet, especially from the perspective of information security, which allows us to verify how such standards can help us create new rules and new norms that allow us to respond to the protection of  new technological productions and knowledge, typical of the XXI century.

What are the tools and strategies that are used by law in the XXI century to protect these intangible or intangible assets?
Sol Calle D ́Alemán: From the perspective of law, there are new risks from the use generated by current technologies, the production of computer goods, software, databases and multimedia products, against which the legal professional and other professionals (auditors, engineers, etc.) face new scenarios, which could identify several sources from where these risks begin to arise.

From the regulatory perspective: first, in relation to electronic commerce, which presents us with a new consumer, which poses new challenges in relation to the advertising of what is offered on the Internet and at the same time raises many issues of data security, that is, how to give security to the consumer so that he can increasingly be encouraged to acquire goods and services through the Internet without risks that may come of cybersecurity. Undoubtedly, today cybercrime is one of the problems that most affects the whole world, and that has to do directly with the security incidents in that "dark world" of the Internet and the security of the information that is "stored" there.

How is personal information handled in marketing matters?
Sol Calle D ́Alemán: A third aspect is related to marketing companies, since for the market in general this is another great source of risk and regulatory study: the issue of privacy and personal data, geolocation and video surveillance, all of them are phenomena that increasingly put on alert the security and privacy of people and represents one of the great problems that IOT technologies or technologies of The Internet has to solve.

We will be able to connect, not only the artifacts but the people themselves, to machines anywhere in the world and with infinite processing capacity and that may mean that  we do not have a space where we are alone but that we will be permanently connected to a world that, without a doubt, it will put us to reflect a lot on the risks that loom over those fundamental rights that are recognized throughout the world on privacy, data protection and habeas data; in the same way, the risks come from the ownership of immaterial things where it will be fundamental to develop new concepts about intangible property and intangible goods, different or outside the categories that we already know of intellectual property because they are categories designed for other times  and designed for another type of cultural goods and not for the intangible goods of this century.

And in the context of work and people's intimacy?
Sol Calle D ́Alemán: Similarly, the risks that come from the work environment must be considered. The current work context is very different because we are facing an environment where, if what is produced is knowledge, the physical presence of the individual in his workplace is no longer even necessary. For example, in the case of Colombia today teleworking is a requirement of the State from the Ministry of  ICT, which has  promoted it. Now, it should be borne in mind that teleworking and teleworkers, in addition to the production of knowledge, produce it in their own work tools, with access to their own sources, and these are matters that are assumed in a very different way of working than what the labor codes and labor codes of the last century pose.

We must also take into account privacy and the protection of personal data in relation to the right of privacy of the person (the protection of their personal data against all current phenomena such as big data, data mining and the construction of citizen profiles. Nowadays both the Internet of Things and technology itself are developing by leaps and bounds and it is feasible that fundamental rights are put at risk so that people have a reserved space and so that people's profiles are not subject to sale or trafficking, that identity theft is not generated when we are permanently connected on the Internet to everyone, at all times and in all places. This of course will represent very significant risks from the perspective of the fundamental rights of individuals, namely privacy and protection of personal data.

Sol Beatriz Calle D'German concluded this dialogue by pointing out that finally the issue of technology contracting must be kept in mind, precisely because we were used to making contracts on tangible goods but technology and knowledge today we acquire through technological platforms, most of the time very large and this challenges us to overcome and detect what risks arise from this type of negotiations: the contracts on software licensing, the audits that must be done on a series of practices and issues that from this new emergence of intangible computer assets we have to be able to address but from the contractual and business perspective.

This also includes the transfer of technology, which is also a very big challenge for all organizations, for universities, for our governments, that is,  how we exploit economically and how we make the intellectual property that we have in those "new artifacts" that we develop, really impact the market and that includes the right of patents that also, in my opinion, it is a bit obsolete because in the face of the new economic models the issue of this privilege for certain economic sectors has been questioned a lot; for example, the case of the pharmaceutical sector.

Similarly, the generation of new business models that all entrepreneurs can do through the Internet, question the ownership of creations through patents, since it seeks to release innovations to the world, release that knowledge, deliver it and that is what has generated that interesting controversy or contradiction between the opening of science and proprietary knowledge or proprietary licenses, who charge a lot of money for access to these new goods and new inventions, which are produced from the ideas of many people.

No thoughts on “Copyright in technological contexts II”