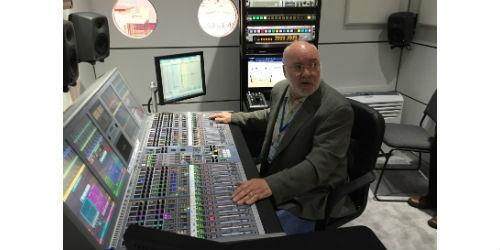 Colombia. One of the sessions that most attracts the attention of the academic program of TecnoTelevisión&Radio 2016 is the presentation of Dennis Baxter,  audio consultant and sound designer for major international sporting events and who has just finished the Summer Olympic Games in Rio 2016.

His experience in both creative and technical audio production spans nine Olympic Games and 30 years of experience, he has won five Emmy Awards and the most recent international award has been the New York Film Festival for sound from the BBC production "The Sound of Sport".

Dennis Baxter teaches transmission engineering both at the University and in professional-level courses around the world. He is currently developing innovative didactic material for the teaching of audio engineering in professional sound.

Attendees of the academic program of the television production and post-production hall, within the framework of TecnoTelevisión&Radio, will be able to learn from the experience of Dennis Baxter, in addition to training in other topics of utmost importance today for the industry, such as HDR, IP, 4K and 8K, DTT,

To learn about the entire TecnoTelevisión&Radio conference program, visit www.tecnotelevision.com

No thoughts on “Learn about audio production at the Olympic Games”