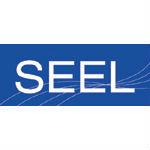 Colombia. Seel is a company with experience in Engineering, Design, Integration, Supply and commissioning of technology for Television, Theaters, Convention Centers and Auditoriums, which in 2015 celebrated 37 years of presence in the Colombian and regional market, since its projects are in Central America and the Andean Region.

The company will be present at TecnoTelevisión 2015, Expo that will be held from November 10 to 12 at the Corferias convention center in Bogotá. For this edition, Seel will present LED artistic lighting options from two brands it represents. Arri, a brand specialized in lighting for professional television and that has worked in Colombia with Seel for more than 30 years. De Arro will have its line of LED Fresneles and its most recent launch the Skypanel.

On the other hand, ETC, a leading company in lighting for theaters, auditoriums and television, will be presenting its line of LED Ellipsoidals and LED Pairs, along with its line of Lighting control consoles with its most recent launch the programing wing for the Nomad virtual console.

In addition, he carried out the design, manufacture and integration of the mobile unit for Canal Capital and Telepacífico, the design of the new Canal 4 studios in Peru and the integration of the audiovisual system of Google's offices in Colombia, among many other engineering projects.

No thoughts on “Seel will be present at TecnoTelevisión&Radio 2015”