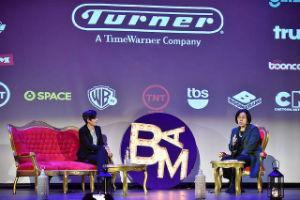 Social networks today are not profitable for audiovisual productions. They are evolution of the market, an extension of the product that facilitates the arrival to the young public.

For five days, between July 13 and 17, television and film producers, representatives of channels and experts in the new developments that will have an impact on the future of television, met in Bogotá, Colombia, in a new version of the Bogotá Audiovisual Market, BAM.

As far as television itself is concerned, there were several presentations within the framework of the BAM Talks, as the BAM conference program was called, which addressed the developments on convergence and transmedia, through successful cases in the region. Here are some of them:

Turner, interactivity with all audiences

20 channels on the air in Latin America and 20 years since its arrival in the region, have allowed the Turner company to have a deep knowledge of the regional market, which they have strengthened in recent years generating convergence with the viewer. Vanesa Miranda, from Turner Broadcasting System, explained that the strategy is based on knowing the target audience of each channel and generating additional options that allow gaining more audience.

In the specific case of the film channel TNT, which broadcasts the Oscars, for two years they have allowed the viewer to choose the presenters they want to see. "Choose your Host", as the special was called, provides eight options of live presentations through digital platforms, with renowned characters from different countries in Latin America. In addition, it allows you to interact with them through social networks.

"In the case of the Cartoon channel, which is aimed at children, we have identified that 50% of viewers are over 18 years old and that to maintain the child audience we must meet the expectations of parents. That is why, in Mexico and Colombia we have the Cartoon Race, a race in which parents must run with their children and that has had a very large growth in the number of participants each year, "he said.

As part of that convergence with the viewer, Turner has other strategies, such as TV Everywhere, through which it provides access to the audience from other platforms and with additional content such as trailers, games about the programs, applications, contests and viral videos that attract on digital platforms.

Vanesa Miranda added that "all these services and developments Turner makes them outsourced taking advantage of the creativity of new talents. The convergence is aimed at gaining audience and with a larger audience more interest in Pay TV is motivated to have our channels and larger advertisers, generating an increase in revenue. Today we do not see social networks as profitable, they are evolution of the market, an extension of the product".

The increase in the presence in homes of televisions called Smart TVs, with their own digital content platforms, generated an alert from European television channels for the possible loss of viewers. In response, the Red Button for internet-connected TVs emerged.

Pere Vila, engineer of Spanish Television, TVE, explained that the HbbTV platform, known as Red Button, allows viewers to  access additional content of the channel that they are watching at the moment from a Smart TV, with just pressing the red button of the remote control.

He commented during the Bogotá Audiovisual Market, BAM, that "This interface, supported from the DVB T2 and HTML5, offers on-demand content fed with the information available to the channels for mobile devices, so it is a very economical platform to create. It was a decision of the European industry that any channel can adopt."

But getting to this development was not easy. It required work with the manufacturers of SmartTV TVs sold in Europe to include the software that allows you to enable content from the red button that the controls of these TVs bring today. Due to the success of this platform, the HbbTV Association was created, which promotes the development of the Red Button.

The success in Europe is due to the penetration of digital television, which exceeds 70% in most countries in the area. But on the possibility of a Red Button in Latin America, where there are countries like Colombia that pay TV have a penetration of 75%, Pere Vila indicated that:

"This is an effort to let the viewer know that something is being done for them. And since the cost of implementation is low, I recommend that it is better to have it. Colombia should take advantage of the fact that it has the DVB T2 model and ask for advice now that it is in implementation, then it will be very difficult."

Three visual presentations under bam showed new ways of storytelling: from TV to games to interactive novels. Audiovisual narrative processes were known that serve as an example for new projects. These were some of the highlights at the BAM Talks on transmedia.

During the day there was an interview with Josh Weinrobe of Turner: "10 methods used by Turner to restructure its children's television products, based on digital media and video games. His 10 tips were:

Think like a child to achieve the best usability.

On the platform you choose as a flag, do it well with quality and good image.

Do not always think about TV first, sometimes digital prevails and the game goes before.

Hire people with passion who conform to topics they don't master.

Keep the core business as a foundation and innovate without expecting the same revenue in the short term.

Introduce the culture of innovation in the company, generating an environment for risk.

Do not rule out 'gamification' as an 'engagement' strategy for the public.

Think of a global business always adapted to the local flavor.

Have intellectual property to "reuse" over the years.

Joseph Unger of Pigeon Hole Productions and Juan Diaz of Kosmology talked about 10 ways in which world building is taking audience engagement to a whole new level. The World Building technique effectively involves audiences to:

Create a world in which history can unfold naturally.

Establish a new way to collaborate in teams in which ideas are not necessarily protected.

Unleash a narrative immersion that engages the audience as a master's degree.

Create "adventure hooks" including unfinished stories to be completed.

Work with worlds that are close to people's organic reality.

Letting stories emerge (rather than impose them)

Originate infinite concepts that can be used in multiple platforms, times and franchises.

Make a positive real-world impact from digital (and back)

The day ended with 10 keys to take into account to "transmediatize" a film, by Josette Normandeau of Idéacom International Inc & Zenith ABC. Based on the Apocalypse case study, here are the 10 ways this project was "transmediated":

Having as a starting point a documentary series of 5X52"

Creating a docudrama in interactive animation

Telling the story on social media

Do it 360º by articulating all the previous layers within the same story.

No thoughts on “BAM presented successful cases of convergence”