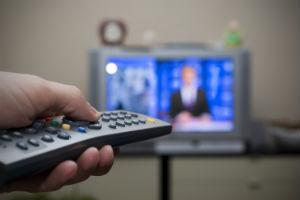 Audience routines changed and the programming flow is no longer linear. It is about understanding television in a new environment, new times and new media that make it necessary to read the access, use and appropriations that their audiences make with their media.

Undoubtedly, the WEB, social  networks and mobile devices changed the concept of the viewer who went from being passive to having an active participation with the contents. Traditionally, free-to-air  television has organized the offer of programs in a linear manner according to the available audience flow according to the routine of the audience.

In the case of television in Colombia, according to the table Routine, vocation and captive audience, it is possible to appreciate how each genre responds to a routine and each schedule responds to the flow of audience, very much in the manner of a generalist, traditional television, in which the offer is for the whole public. In the case of public television (by representation: children, young people and adults), while for private television specialized in three genres: in telenovelas, news and realities and designed for the whole family.

Linearity on weekends: Lots of fun

On weekends the viewer changes their tastes and preferences, preferring an offer that responds to their routine of free time and leisure because they are no longer working or studying but there is a need for fun and to pause to face a new week. The following table shows what the Colombian viewer sees in their leisure time on Saturdays and Sundays.

Free-to-air television will not die: it will have to be transformed

No doubt that the routines of the audiences changed and the flow of  programming is already linear for us. It is about understanding television in a new environment, new times and new media that make it necessary to read the access, use and appropriations that their audiences make with their media. It will always be worth asking  : Where is the investment going? Where is the consumption of technologies and content going? What are young people doing with new media? What does the Child God give to childhood? How is the access and connectivity and usability? What interactions does the audience make with other media?

In this new era, as many theorists call it, the story diversified and we must  think about it for various media because users or superusers want to be in a network to be connected to the present.

It is a society in which enjoyment and desire meet on multiple screens. In permanent search for fun, expression and close information that find meaning in these media because they can express their subjectivity from "my videos, my photographs and my messages", among others, because we are in a technological revolution that is also social, in which the citizen has more skills to communicate. The relationship with the medium is to tell your story and fill the platforms with messages.  They create the medium and are known as "prosumers" (Tofler).

The new communication experiences such as Twitter, Facebook, Youtube or video games, lead us to think that television as the queen of the media must be transformed to these new times of leisure and expression and take advantage of the possibilities that users have to be co-creators of the medium considering that any program design or linear or non-linear programmatic grid in its conceptualization must give space for users to interact and,  beyond this,  participate in the production of the program from your messages, your videos and photographs and interactions in order to contribute to the development of the program. Because social networks have been key in showing us that the audience wants to communicate their experience and make it public because there is a strong desire to be recognized.

We agree with the Colombian television critic Omar Rincón when he explains that we are inhabitants of the three screens, sometimes 1.0: relaxed viewers who do not  want to think; other 2.0: audiences that produce the construction of communication  from tools such as  Twitter, forums or  Facebook and,  thinking about the future, Rincón affirms,  "communities: in  which the meaning of communication will not be in the medium or on the platform, but  will be defined from the people".

Strategies and lines of work

In the way of transformation, taking into account the perception of the audience, lines of work are established thinking about the linear and linear of the television medium, such as: 1) Working on instruments to measure consumption and the activity of viewers and their actions. 2) Development of mobile applications for second screens because they generate new interaction environments and allow a very exhaustive record of consumer actions. 3) Cross-transmedia production thinking about diversified stories. 4) Make production from the viewer for their loyalty forming interest groups that support initiatives. 5) Establish social networks to form communities. 6) Viewer-user as a content producer, for this a manual of style must be created.

In the era of Thumb and Thumb

Finally, we assume Michel Serres who in his book Thumbelina,  in allusion to the mastery with which messages spring from the thumbs, warns that we are in a technological revolution in which the world changed so much that young people must reinvent everything from the way of living together to the way of being and knowing. We consider that the same happens to television that is in a reconfiguration process (like other media) because digitalization expands the concept of the medium, allowing different forms of distribution, patterns and market logics generating impacts on the new social, economic and technical dynamics that a digital environment makes possible, always taking into account that television is also a public service: place of all and for all.

No thoughts on “TV: between linear and non-linear content”