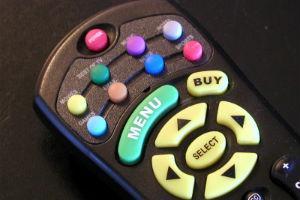 A multiplex strategy that considers that one of the channels is designed for educational purposes should be based on the results of new developments, new combinations and the use of other knowledge acquired.

Since well into the second half of the twentieth century, one of the functions of television has focused on serving as a useful medium for educational processes. The benefits of television as a practical and relatively effective means of supporting teaching-learning processes have been sufficiently  proven in several countries around the world, especially for communities with difficulties in accessing "traditional" education.

We cannot forget the experience of educational television and culture in Colombia, at the dawn of  the 70s,  when educational television programs were established aimed at teaching reading, writing, adding, subtracting, multiplying and dividing millions of Colombians of all ages. But, despite this, specialists in the educational field have identified a couple of factors around  television and its educational function: one, that in a way, television "depersonalizes" education; and another, that I was able to configure a passive spectator in front of the  message in question.

In this sense, digital television, especially DTT (digital television service open to all types of users), could collapse these paradigms,  which at the time were established in the processes of education  in analog television.

Likewise, the immense technological possibilities, many of them still to be developed in their entirety, may allow that, in the not too distant future, digital television becomes the tool par excellence for  the configuration of innovative educational projects, which contribute and enable better access and appropriation of the medium.

Given this panorama, the focus of this article refers to education (training) as one of the main sections of social innovation, which, obviously,  should be promoted especially by developing countries through the identification, promotion and dissemination of innovative projects  to promote educational practices that contribute to the full development of academic communities.

Undoubtedly, educational television has a huge mission in meeting these objectives and the role of digital television is key whenever a digital environment allows the creation of  interactive applications and the possibility that a channel can be subdivided into multiple subchannels (multiplex) for the transmission of video  information for fixed and mobile devices, audio and other data.

A multichannel programming is structured depending on the modality on an existing channel, then it is configured around and,  derived from this,  other offers that take into account the business mission and the programmatic strategy for the creation of a series of channels that configure as a whole an offer that can be varied or specialized according to the established multiplex strategy.

A multiplex programming considers the strategic use of new technologies, the technological reconfiguration, the use and appropriation of the medium by the various users always thinking that the audiovisual content is derived for multiple platforms. It is crucial that a multichannel offer allows the viewer to interact with the TV and receive added services with an attitude of activity towards the TV and other technologies. It is about there being interactions with the environment so that there is the appropriation of the medium.

A multiplex strategy that considers that one of the channels is designed for educational purposes should be based on the results of new developments, new combinations and the use of other acquired knowledge, such as innovation, the development of advanced hardware and software, the acquisition of external knowledge for innovation, training, market innovations and design, production and distribution within processes such as recording (capture), editing, processing, dissemination and reception as graphed below.

At this point it is necessary to study the reception in the constitution of the strategic actions of the public of interest and begin to investigate the configuration of social systems as communication platforms concerned with identity and the construction  of meaning in  networks within a communicational and educational scheme.

Thinking about changes and implosions

The fact of managers of the change and implosions generated by the incorporation of digital television must consider experimentation and innovation to face a digital environment always incorporating all the living forces of the television station for the agile and effective achievement of the inclusion of new technological tools for the benefit of society and for the development of new social dynamics, economic and technical that makes digital possible and for our topic today education.

New developments in educational digital television should take into account:

A multiplex strategy that establishes within its offer an educational  channel makes it necessary to understand  the new competences and learning styles in the training of teachers and students, in an intercultural context, using interactive digital language, discussing new competences and digital skills in educational activities, highlighting the use of the language of interactive digital video in pedagogical projects. In terms of the multichannel, it is to conceive programming for these purposes supported by cooperation and co-creation agreements for the production of educational material.

In this sense, the creation of a multiplex strategy that accommodates education must take into account the following objectives and how to establish action plans within the company for its deployment and development:

Educational digital television must include the  student with difficulties in the learning process, it must allow meaningful learning environments, it must prepare teachers, content developers, instructional designers against new technologies such as:

Educational television in a digital environment must establish material for digital reading. Also to take advantage of the universe of audiovisual communication  as the use of  radio as an educational instrument. Internet as the network that covers the entire planet and allows us to be universal from the local. If video is added to television as an educational tool and the internet as a possibility of synchronous and asynchronous interaction, the teaching-learning process can be more significant.

In the next installment we will continue to contribute to the topic of educational television by expanding the topic to the possibilities offered by T-learning or Tele education with respect to the interactivity that digital offers and the opportunities to design educational television that generates significant learning environments from the design of linear and non-linear programming for a digital environment.

No thoughts on “Opportunities for Digital TV”