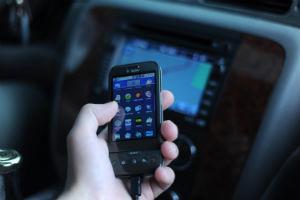 In this new installment of the special on the challenges of DTT, the theme of digital television will continue and the topic will be answered where to investigate and how to prepare the sector for changes, "explosions" and ways to innovate in the face of the possibilities offered by digital.

As we announced in the previous installment in which we mentioned the case of Radio Televisión Española, RTVE, we conducted an interview with Pere Vila, Director of Technology, Innovation and Systems-RTVE Corporación (Spain), to explain the experience of change / explosion that has occurred in its organizational structure, with the implementation of new technological developments of the processes applied to the field of television in the Iberian Peninsula, which have resulted in new advances and innovative products, with a view to captivating users, from one of Europe's most iconic public television companies.

To understand more about the subject, we give an example to RTVE and how it applies its processes of technological change in digital television. This change within the Spanish chain occurs in five different lines: Production formats; Production structures/tools; Means for dissemination/Ways of accessing content by the public; Relationship with our audience; and Emergence of new products and new languages.

From this scheme, Vila tells us about the way they face changes, the way audiences change and how human personnel prepare for the implementation of new technologies, new products and processes applied to the field of TV from the experience of RTVE.

We thank in advance the material provided by Vila, who wanted to share the experience of RTVE during the  First Meeting of Ibero-American Televisions, held  in the city of Medellín  (Colombia) between September 10 and 13,  2014; In this space he talked with the authors about the five differentiating lines in the implementation,  applied to the field of TV, within the process of technological change in the formats and standards of emission,  and in the tools and production schemes. According to the experience of RTVE, the five lines that can be worked on in the technological implementation in medium and large television stations should aim at:

From these approaches we initially inquire with respect to  what have been the changes that television has experienced?

R/ Pere Vila: Television has always been evolving, it is as if there is an explosion in many branches: in the branches of production formats because before there was 3/4, CD, HD, and now there is 4K phase 1,  4k phase 2; 5.1 audio and compression systems; in the tools we have to be able to produce and in the ways in which the public accesses the contents through tablets and Smartphone.

How does television not lose the essence, the philosophy that gave rise to it and the structure of

R/ P.V.: What you have to do first is the product, then adapt it to each of the media. For example, the channel we have, called 24 hours that gives the possibility of putting it on the internet through streaming, so instead of sending only a linear channel, it is possible to send the person who is on the other side the output signal of the channel and other alternative content that have to do with what is happening in it. What needs to be done is to rethink television products for new media.

There is a concern that the user can have and it is that explosion of formats, because every year a new one comes out, is there no limit in that aspect?

R/ P.V.: I believe that every year you have to buy a new device, you have to evolve the television medium.

Audiences are also evolving, how is the digital television landscape now?

R/ P.V.: The landscape changes a lot. For example, now I stopped listening to live radio, I have it on podcasts, in recordings, the same thing happens on television, we are going to change,  you have to have a TV and people willing to change.  You have to put in the DNA of the company in an evolutionary line.

In television, we usually talked about the 3 phases such as pre-production, production and post-production and for that purpose there was a staff that was in charge of the planning, another of the realization and another of the production. How is a company organically structured when it must already think about this convergence?

For the structure that you have in RTVE, how many people are there 24 hours a day or how do you distribute the time?

R/ P.V.: Radio Televisión Española is very large, as we have territorial centers there are almost a thousand people in a territory. And for a country Colombia, with a powerful television,  the limit could be a thousand or one thousand two hundred people.

How has a medium as strong and traditional in Spain as RTVE assumed the changes and explosions that occur at a technological level?

R/ P.V.: What was done was to create a different working group, which was not within the company but had access to content, communication and brands, and thus begin to create about that, generating positive changes.

What is the reaction of internet audiences?

R/ P.V.: Internet audiences are tied to television products. In Spain I have no record of anything that triumphs in Smartphone that is not television, of a production taken from the channel.

How has the loyalty of new audiences been identified?

R/ P.V.: That is being worked on now. Within the productive structure, intelligence tools must be integrated that visualize who connects and what their customs are, in order to have a personalized treatment with the audience.

Europe has a tradition of almost a decade or more in the Digital Television standard; in Latin America, Colombia has been the only country that has hosted it. What balance can you make of the experience in Spain with this standard?

R/ P.V.: The standard works, it's robust. The multiplexes of Spanish television are complex because they fill the territorial centers; they mix HD and SD,  radios in different qualities and I have had no problems. This standard works.

In the next installment

We will refer to Digital Television and the possibilities of research in:

No thoughts on “Challenges of Digital TV in Colombia”