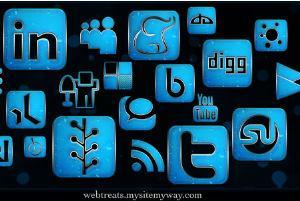 This fourth installment addresses issues such as the Information and Knowledge Society and transmedia and crossmedia narratives and how from these concepts a social, cultural and educational revolution can be carried out.


Both the internet and television are the main media in which telematic development has been allowed. Digital television must take advantage of the possibilities offered by the convergence of media for the development of its multichannel, multi-destination, multiplatform proposals and to address multiple users and audiences within the framework of the Information and Knowledge Society.

The term SIC
The term Information and Knowledge Society (SIC) refers to a concept of change or rupture with the previous stage, called, Industrial Society. The term is not so new, its origin dates back to the 70s and later became popular in the 80s, by the hand of authors such as Daniel Bell (sociologist and professor emeritus at Harvard University, resident member of the American Academy of Arts and Sciences),   John Naisbitt (futurologist inventor of the concept "Megatrends"-Megatrends)  and Alvin Toffler (American writer and futurist PhD in Letters, Law and Science, known for his discussions about the digital revolution, the communications revolution and the technological singularity).

In turn,  information becomes an element from which knowledge can be obtained and, with that knowledge, goods or services can be produced, manufactured,  or exchange relationships of any kind and nature developed. In the Information Society, knowledge becomes 'fuel' and information and communication technology is the engine,  and societies and companies compete because they have the best knowledge and need information technologies.

In general terms, the information society is that society that orders and structures its functioning (way of life, form of relations, way of working, etc.) around Information and Communication Technologies and turns information into a factor of production, exchange and knowledge. According to this model, there are four different aspects, with respect to the industrial stage:

* Gradual replacement of the factory as a nerve center and strategic.
* Prevalence of intellectual capital.
* Innovation as the axis where the * elements of competitiveness are sustained and built.
* A good number of social impacts, which can converge in the generation of "marginalized" and "declassed".

In the current panorama, not only are the new modes of production important but the main impacts of the new technical-economic paradigm posed by the Information and Knowledge Society, covering all aspects  of social life, since it brings benefits to each of the individuals, as well as delving  into differences and processes such as digital neocolonialism, digital illiteracy, problems of public freedoms,  among others.

The transition to the information and knowledge society is the product of technological advances framed in what is known as Information and Knowledge Technologies (ICT), which are divided into three groups:

* Basic technologies: supports for the emergence of new technological devices.
* Computer technologies: present in the development of software, innovations in the field of artificial intelligence and creation of interfaces.
* Telecommunications technologies: for the transmission and dissemination of images, sounds and data.

In this panorama of the Information and Knowledge Society there is a fundamental aspect that is ICT, which has brought as a consequence a great impulse to telematics, which translates into technological convergence, from products and processes  of association  of telecommunications and informatics  with the cultural  and content industries ( film, radio and television, for example), which makes the role of the economy, politics and culture  in the current phase of the new society more palpable.


The advance of telematics occurs from the parallel development of two fields of information technology:

We must add that both the Internet and television are the main media in which telematic development has been solved, a consequence of the great social roots (television case), and the new expectations and possibilities of mobility and access to information (Internet case).

Crossmedia and transmedia concept
If a few years ago we talked about multimedia and interactivity, now the key words, without forgetting the representativeness of the others, are convergence, transmedia and crosmedia. The concept of Transmedia Narratives (NT) was first introduced in January 2003 by Henry Jenkins, in an article published in the journal Tecnology Review, entitled Transmedia Storytelling, which stated  that "we have entered a new era of media convergence that makes the flow of content through multiple channels inevitable".

According to Jenkins, in the aforementioned article, "Children who have grown up consuming and enjoying Pokémon through various means expect the same experience of The West Wing as they get older. Pokémon unfolds through games, TV shows, movies, and books, and neither medium is privileged over the other."

This means that transmedia  storytelling implies that different parts of the audiovisual  work created are disseminated through different channels (movie theaters, TV, Internet/web, video games, mobiles, real events, etc.) instead of concentrating on just one. In addition, each channel must bring new aspects to the whole,  so that the contents complement and enhance each other in a way that immerses the audience in an impactful experience.

The success of a transmedia design involves going beyond mere information. It must provide goals, or interest in characters or events that lead the audience to interact, taking the story to facets of their own life or leisure (breaking with the role  of simple passive spectator). It is no longer enough to create a simple 90-minute story or a simple series of 13 chapters waiting or trusting someone to see it. It is about creating content that involves the public in a range of ways, according to their desires, taking them into account from the beginning.

In this transmedia landscape, younger consumers have become hunters and gatherers of information, obtaining pleasure from the background of the works, managing  to make connections between different texts within the same franchise. And furthermore, it is inevitable that computers do not isolate other media, but that those who access  the  Internet,  consume, on average, significantly more television, movies, CDs, and related media than the general population.


NTs are not simply an adaptation of one  language to another: the story the comic tells is not the same as that which appears on the cinema screen or on the microsurface of the mobile device; a strategy of communication companies is to develop the same story in different media or languages, but in the NT we are not talking about an adaptation of one language to another, but about a strategy that goes much further and develops a narrative world that encompasses different media and languages. In this way the story expands, new characters and situations appear that make up a world (one of the most important sources of complexity of contemporary mass culture).

The NT concept is not alone: concepts such as cross-media, multi-platform, hybrid media, intertextual merchandise, multimodality, transmedia or intermediate interactions, are part of the same semantic context. Each of these concepts contributes in some of the dimensions of the NT. Each of these concepts tries to name the same experience: a practice of production of meaning and interpretation based on stories that are expressed through a combination of languages, media and platforms.

In this sense, the cross-media concept is one of the most used within the academic and professional communities. Cross-media, according to digital media expert Jak Boumans, quoted in Scolari (Scolari, 2013: p. 25-26), can be defined from four criteria:

* The production comprises more than one medium and all support  each other from their specific potentialities.
* It is an integrated production.
* The contents are distributed and accessible through a range of devices such as computers, cell phones, television, etc.
* The use of more than one medium should support the needs of a theme/story/objective/message, depending on the type of project.

Wait in the next installment...
In the next installment we will continue talking about the concept of media convergence and the concepts of crossmedia and transmedia as new forms of communication, so that an editorial, audiovisual content or a marketing strategy reach large audiences through multiple media, thus achieving greater effectiveness of the messages.

ROBINS, Kevin. WEBSTER, Frank. (2005). Times of the Technoculture: From the Information Society to the Virtual Life. London: Routledge.

No thoughts on “Challenges of DTT in Colombia (IV)”