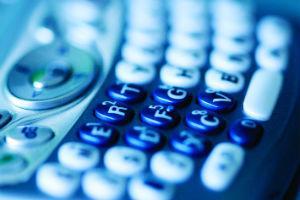 In this third installment on Challenges of the implementation of Digital Terrestrial Television in Colombia, the authors address the issue of interactivity and the way in which interactions, which this allows, will exist a social and technological appropriation of digital terrestrial television.


Undoubtedly, along with the issue of high definition, interactivity is one of the most significant added values that digital television brings. But what do we mean by interactivity?

Although this term in itself is polysemic, several authors agree that interactivity generates according to Roste (2006) a gradual and variable capacity that gives users greater power both in the selection of content (selective interactivity) and in the possibilities of expression and communication (communicative interactivity).

Effective integration
The Dictionary of the Royal Academy of Language, defines interactivity as "quality of interactive" and interactive as "said of a program that allows an interaction, as a dialogue, between the computer and the user". Interactive television then implies, in this sense, that the support/channel becomes bidirectional and that the user/viewer is positioned as someone who "dialogues" with television through the return channels.  Interactivity also consists of the imitation or reproduction of the processes of communicative  interactions executed between one or more subjects, by a mechanical or electronic system. This circumstance makes it possible to transform the original message into a new one, not totally predictable.

It must be considered that today the audience goes from being passive to active -as explained by Cebrián (2004), a self-selector viewer of their channels according to their demands, tastes and personal needs with the ability to interact with the medium reaching a leading role of using and appropriating the medium from the constant interactions that technology allows.

This power, which digital television gives to the viewer, is presented in the fact of having a return channel for the user in such a way that it allows him to influence the offer of both content and communicative  events proposed by the operator. A clear example of the Spanish program Quiero TV where interactivity marks the development of content. But it must be clarified - as Wolton (2000) states - that there is a Programmer who continues to organize the offer: "He chooses but from an organized offer".

According to the Great Household Survey (2008), the forms of interaction of Colombians with television occur with return channels such as telephone, internet or mobile. Within  these interactions the viewer visits web pages to see the programming of the Channel, sends messages via the internet,  from the mobile participates in contests, votes through surveys via phone / mobile phone or internet, call programs to express your opinion or go to the viewer service line to find information about the programming.

Devising television with interactivity in mind
Interactivity is intrinsic to all media and is the best way to generate changes in content and, becomes, one of the most attractive aspects of this new spectrum that enables digital television, that is, to be able to  have complementary interactive services that allow the user more information on demand (services that allow the user to have  access to content  multimedia in a personalized way),  until the development of your own contents.

A television concept with the above and with the possibilities offered by interactivity must consider:

In addition, the viewer has possibilities both within the program and the programming with interactive services such as:

Basic services: entry portals with a classification menu function and also teletext (information service in the form of text that is broadcast together with the television signal ) which in its evolution has begun to incorporate graphics,   photographs and even animations. The programming guide: content information of each of the channels. And finally synchronized: interactive formats that appear during the programs in which the presenters become adjuvants of the interactivity.

Information society and knowledge
The Information and Knowledge Society, and the progressive access of new generations to new technologies, means that the context is dominated by the different levels of expectations  around the "potential interactivity"  of the new information transmission media. One of the lines of thought around interactivity is oriented to the change of the passive  role of the consumer, in which the alternatives of personalization  of goods and services, as well as entertainment and news -among others-, are adapted by users according to their interests.

The new panorama that brings with it the Information and Knowledge Society, and its elements that drive it, give new potential  opportunities for individuals to modify their passive position, for a more active role and with more possibilities of participation, which is really novel, since interactivity is a fundamental part of the social and individual evolution of human beings.

Digital television agents
Technological development complicates  traditional models of thinking, designing, producing, programming and distributing programs; even the very concept of audience has changed; reasons that make it necessary to think of a new system that from its operation, development to supply and control, allows the good development of digital television and its implementation.

Given the new panorama proposed by the implementation of digital terrestrial, agents of the audiovisual sector are configured, who from their participation will be fundamental in the development of digital television and that can enable different alternatives in aspects of  interactivity, programming, accessibility, among others. The following table describes what the agents would be in the context of digital television.

It is expected that digital TV will constitute one of the gateways to the Information and Knowledge Society (SIC) and, in addition, that it will contribute to extending it when from the conventional concept of dissemination of audiovisual programs and the figure of the diffuser is expanded in a more integral way of "audiovisual service" and "service provider", respectively.

Although there is a review of the offer of private digital television operators in  Colombia, even they themselves seem to be aware of what it means to add the nickname of "interactive" to  the television proposal they market; in such a way that  most of them  have preferred to provide a service that, for now, privileges the added value in the technical part, that is, high definition and have postponed interactivity as such because of the commitments it represents.

Accessibility for people with sensory disabilities
The possibility of access to communication and information is an indispensable requirement to achieve equal opportunities and full citizen participation. However, in Colombia people with sensory disabilities are currently with environments, services and products that are not accessible or inaccessible and there are many difficulties they face in their daily lives.

A relevant aspect, which will allow the interactivity and accessibility of digital television to people with sensory disabilities to services can be the European standard MHP ("Multimedia Home Platform"), that is, the Home Multimedia Platform, which can offer the following services:

Interactive broadcasting: which complements the previous one because it includes the presence of a return channel connected to the receiver located in the user's home.

Internet access: which extends the previous profile allowing the receiver to become a TV or an Internet browser. The MHP 1.0 specification, currently available, covers only the first two scenarios. Likewise, it is expected that in the early stages of introduction of digital TV these devices coexist with ranges of receivers of lower performance (and lower price), but equipped with many of the functionalities inherent in digital TV, which facilitate its gradual introduction into the market.

Knowing in advance that one of the great innovations of digital  television is its interactivity, it is necessary that the user with sensory disability can manage the return channel without difficulties, which will guarantee him to be able to enjoy this service. The need for television content providers to produce their programs, basically films, television series and documentaries with the inclusion of audio-description. To this end, the general legislation may establish the corresponding percentages of emission of audio-described programs. Only if these conditions are met can we speak of a digital terrestrial television that is truly accessible to people with sensory disabilities.

The development of digital television not only generates changes in content and services, but also in the transition to new evolutionary stages of the telecommunications sector. Within this framework, each country, including Colombia, must seek various alternatives to enhance the possibilities offered by these digital media.

Wait...
In the next installment, digital television within the framework of the Information and Knowledge Society and its computer and technological impact and the way in which digital television becomes a key element for communication, the exchange and production of information and how in turn,  information becomes an element from which knowledge can be obtained and, with that knowledge, goods or services can be produced, manufactured or  services developed or exchange relations of any kind and nature can be developed.

*LUIS FERNANDO GUTIERREZ CANO
Social Communicator Journalist from the Pontifical Bolivarian University, specialist in television from the Javeriana University and Master in education from the Tecnológico de Monterrey. University professor, producer, director and television programmer. In his professional performance he was programmer of Canal Capital, director of Arriba mi Barrio and Para Vivir Mejor (Pontifical Bolivarian University) and  producer of En Rojo y Negro of the same university. He received the Emmi Award for the strong support of the special in Sintonía con los niños (Canal Capital), the India Catalina, the Armando Devia Moncaleano and the Amway Award for the best university television programs in the country.

No thoughts on “Challenges of DTT in Colombia (III)”